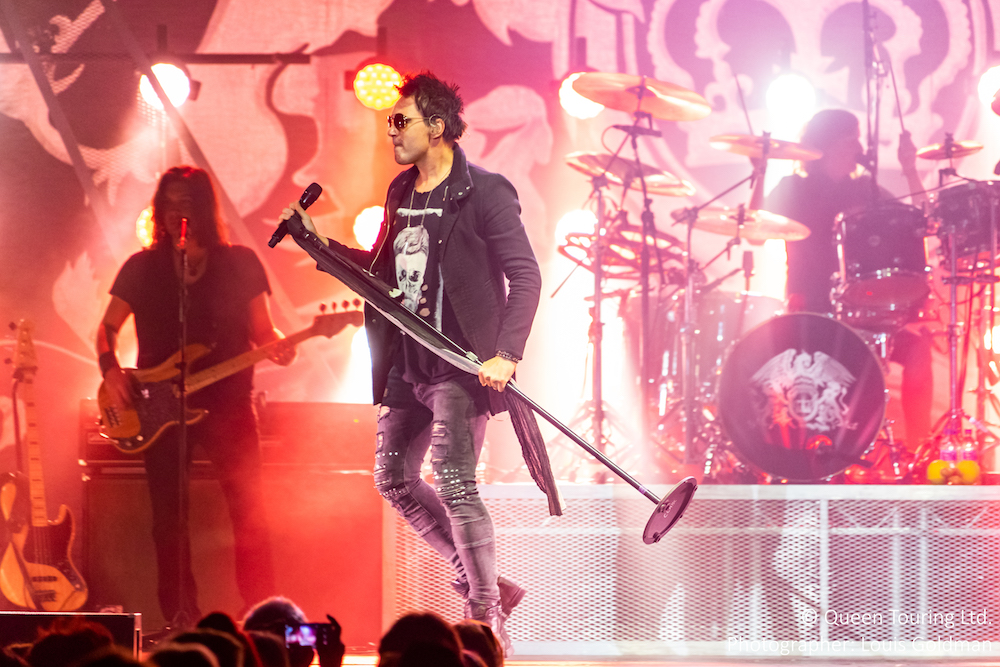 Following the announcement that the QuEx were playing shows in Brazil this May, we thought it only right that we have a chat with our frontman Alirio about what it means to him playing in his home country with the only Official Queen Tribute band, the QuEx...

Do you feel fully part of the QuEx family now with two full tours under your belt?

These guys made me feel like part of the family from the get-go! I’ve been very blessed to have this amazing crew to tour and travel around with. It’s been so much fun!

Performing in Queen’s homeland, the UK, must have been a thrill?

You bet!! Playing at some of the same venues where Queen has played once was absolutely surreal. Also, feeling how passionate the public is about these songs in the UK was a definite adrenaline rush.

You recently joined in the Bohemian Rhapsody celebrations playing the legendary Whisky A Go Go, how was that?

I get goosebumps just from remembering that night. So many historical facts that I get lost for words. The venue, the fans, the movie...in one word? Perfect!

You have been performing a selection Queen’s Greatest Hits, the variety of styles in one night is HUGE…

That’s Queen for you! Queen isn’t just a rock band. Queen is Queen! Very few times in an artists career you have the chance to show yourself so versatile on only one stage! And enjoy every second of it!

They were a huge surprise in the setlist for me! I never thought I would get the chance to sing them! And just wait until you see Tyler rocking that drum solo!!

Spread Your Wings too, is a treat for Queen fans...

And for my soul!!! It’s one of my favorite songs in life!!

So now, you are bringing the QuEx to Brazil, that must be very special for you?

Brazilians are crazy about Queen and I’m beyond proud to contribute to strengthening the ties between the band and South America. And, obviously, singing to my people will be amazing! We are very warm and passionate! I’m sure it will be a blast!

Have you ever played or attended shows at any of the venues the QuEx are playing?

Yes!! I’ve played at both “Espaço das Americas”, in São Paulo and “Teatro Municipal” in Rio de Janeiro! Those are very iconic venues that have hosted so many important artists! History has been made there.

Queen are huge worldwide, but they are adored on another level in South America...

Queen was one of the first huge bands to perform here! I believe that seeing them live in 81 showed us a whole new level of entertainment that we had no idea was even possible.

Are you pushing for Love Of My Life to be performed, you said it was the song that inspired you to sing...

Yes!! I would bribe anyone in the crew to let me sing that in Brazil! Lol!! Jokes aside, I feel like audiences here need that moment! It’s too great a memory to not revisit. On a personal note, that performance changed my life. I knew on that moment that that’s what I wanted to do.

The crowds will no doubt perform the track regardless!

I’ll be lucky if they let me sing one or two bits!! Lol!!

What makes South Americans so passionate about their music?

We are, as people, very unapologetic! We like to have a great time and talk about our feelings... sometimes all at the same time. Lol! Queen showed us that that was ok!  In the most rock n roll way possible! We felt hugged, loved and encouraged to be as free as they were.

The QuEx play the following shows in Brazil next month: