As promised in our previous movie update, QueenOnline.com is, and will be, the place to hear all the news first on ‘Bohemian Rhapsody’. So here it is, the scoop, straight from Hollywood - No, literally, we just got sent all this from Fox…!

So, you already know about Rami Malek taking the role of Freddie, but here comes the rest of the band. QOL can exclusively reveal who will be playing Brian, Roger and John...

Gwilym Lee will be Brian May, Ben Hardy has landed the role of Roger Taylor and Joe Mazzello will portray John Deacon.

So who are the actors lined up to play our Princes Of The Universe? Here come the official bios... 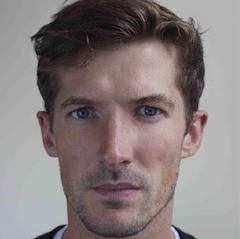 Gwilym has an impressive body of work across film, theatre, and television. He gained popularity when he starred in E4’s 2012 BAFTA nominated, British Comedy Award-winning Fresh Meat. Following that he was part of the long-running ITV series, Midsomer Murders in 2013 and was the part of the critically acclaimed BBC One drama A Song for Jenny in 2015. Gwilym was most recently seen in Bill Gallagher’s SKY 1 drama Jamestown, which also starred Jason Flemyng, Sophie Rundle, Max Beesley and Burn Gorman. And he has just completed The Last Witness, with Alex Pettyfer, Michael Gambon and Talulah Riley. A student at The Guildhall School of Music and Drama, receiving the Guildhall Gold Medal, in addition to his acting talent Gwilym boasts a range of musical skills which include singer, piano, trumpet, and guitar.

Looking forward to his “solos”. 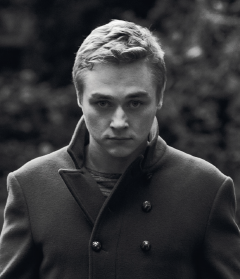 Through his numerous roles in film, television, and theatre, Ben Hardy is quickly becoming one of Hollywood’s rising stars.  Following his success in theatre, in 2013 Ben went on to appear in the BBC series EastEnders where he played Peter Beale before pursuing a career in film. Ben joined the cast of X-Men: Apocalypse in February 2015 cast as Angel opposite Michael Fassbender, James McAvoy, Jennifer Lawrence and Nicholas Hoult. Since then his credits include October’s release, Only The Brave opposite Josh Brolin and Miles Teller and Mary Shelley alongside Maisie Williams and Elle Fanning. Ben has also recently finished filming the lead role of Walter Hartright in The Woman In White for BBC One opposite Jessie Buckley and Dougray Scott.

Joe Mazello’s career in films began in 1993 when at the age of 9 he appeared in Shadowlands and Jurassic Park, the latter for which he is probably best remembered for his scene being chased through the kitchen by dinosaurs. Further juvenile role included the 1995 film The Cure and the Tom Hanks and Steven Spielberg produced HBO mini-series The Pacific.  He first surfaced as an adult actor in 2010 playing Dustin Moskovitz, one of the co-founders of Facebook, in The Social Network opposite Jesse Eisenberg. This was followed by Dear Sidewalk and G.I. Joe: Retaliation (both 2013), as well as the FX television series Justified and A&E mini-series Coma. Most recently, he was the writer, director, executive producer, and star in his highly-anticipated film Undrafted, the film based on the true story of his brother who missed out on the Major League Baseball draft.

Hardly “the quiet one”.

- So there you have it, our royal quartet is now complete.

Elsewhere in the Queen related 'motion picture business’, things are really moving along behind the scenes. Although not yet privy to the all the finer details higher up the Hollywood chain, the Queen Team is now moving into position and meeting our new film colleagues and counterparts in what is proving to be a very exciting project. One thing, we can confirm is the detail on the band that the film company is going into is quite staggering, just ask Queen Archivist Greg Brooks…well, don’t actually, because he is too busy working on the movie.

The feedback from the extras agency was also quite phenomenal! They were inundated with fans from across the globe looking to grab a chance of being part of the movie, so thanks for your enthusiasm, it really did bring a smile to our faces…or was it just that there are lots of people out there with 70s and 80s haircuts looking to break into the movies? Either way, once again, Queen fans lead the way and for that, we salute you.

Finally, with filming starting very, very soon, we are hoping QOL Towers we will be able to get down on location and report back on the action, maybe grab some time with some of actors and crew, who knows? But it looks like this is going to be a lot of fun...