Although best known for his powerhouse role in Queen, Roger Taylor is anything but a drummer confined to his kit. With rock n’roll in his veins all through his schooldays, he has always been a highly active, vocal member of Queen. He famously wrote Queen’s landmark hits Radio Ga Ga and A Kind Of Magic, and was also the first to make a solo album, 1981’s Fun In Space. To date he has released 5 solo albums, which, aside from his work with Queen, further highlighted Taylor as an musician and writer with a strong sense of identity, a wide musical perspective, and - not least of all - a man not without a sense of irony. Just consider, for instance, the lyrics to I’m In Love With My Car, his B side to Bohemian Rhapsody, and a firm audience favourite in the Queen live set.

Taylor’s active approach has not been confined to his music: when media mogul Rupert Murdoch made attempts to buy Manchester United football club, Taylor funded the club supporters in their attempts to block the sale, and historically helped them succeed. 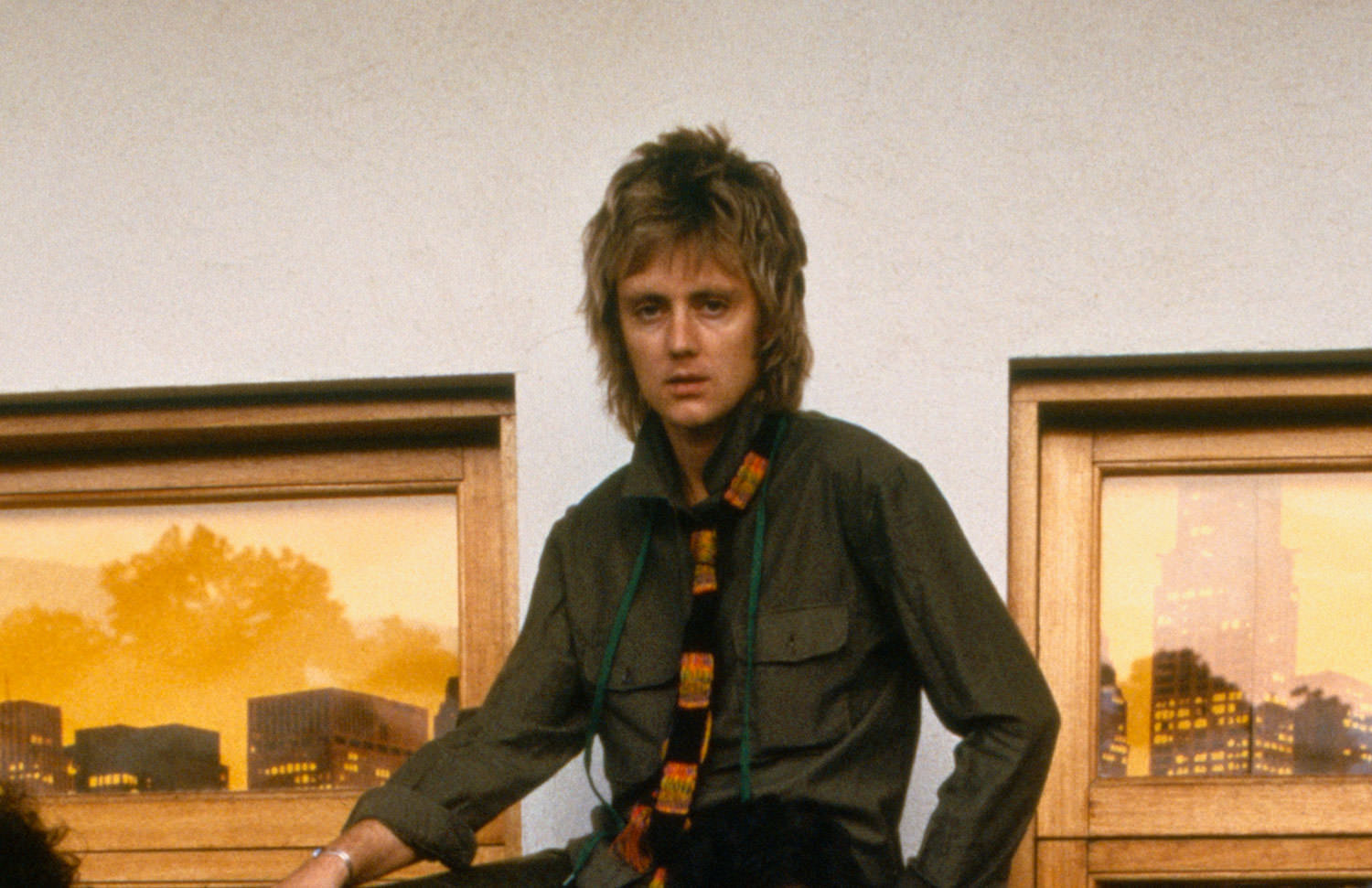 His history in one of rock’s most famous bands begins in the late 60’s, the time when he first teamed up with Brian May, and later John Deacon and Freddie Mercury, to form Queen. But before that...

Roger Taylor was born in Kings Lynn, Norfolk, on July 26th 1949, Roger became fascinated with music in the early 50s, when his family moved to Cornwall. He learned his first instrument, the ukulele, at a tender age, and enjoyed a brief taste of things to come in a pre-teen skiffle band whose collective talent survived just two public performances, both apparently excruciating!

His music took on a different direction in 1960, when he became a rather reluctant member of the Truro Cathedral Choir -- a prerequisite of his scholarship. He taught himself the guitar around this time, but by the following year had moved over to drums.

By 1966 Roger had not only progressed to drumming in Cornwall's most popular band, the Reaction, but had also become their lead singer, with his drum kit placed -- where else? -- in the principal position, at the front of the stage. That year, the Reaction won a hotly- contested local talent contest and, according to newspaper reports, were duly "mobbed by young girls".

While maintaining his keen interest in music, Roger decided to study dentistry, and in 1967 moved to London to enrol at the London Hospital Medical College. He later studied biology, obtaining a BSc in the subject.

In 1968 Roger formed another group, Smile, with Middlesex guitar ace Brian May. Smile played sporadically over the next few years and even issued a single in the United States. By 1971, Roger had long abandoned any desire to become a dentist or a biologist, and with new additions to the line-up John Deacon and Freddie Mercury, Smile became known as Queen.

The Queen legend often refers to how Taylor and Mercury were particularly close, and spent many hours on the town together seeing bands who at that time were their heroes: The Jimi Hendrix Experience, Led Zeppelin, David Bowie, The Who, all of whom influenced them and helped shape the musical destiny of Queen.

Roger began writing songs for Queen from day one, and each of the band's fifteen studio albums included at least one of his compositions. History notes that all four members of Queen wrote No.1 singles: Taylor dutifully provided his with Radio Ga Ga , A Kind Of Magic and These Are The Days Of Our Lives amongst his. 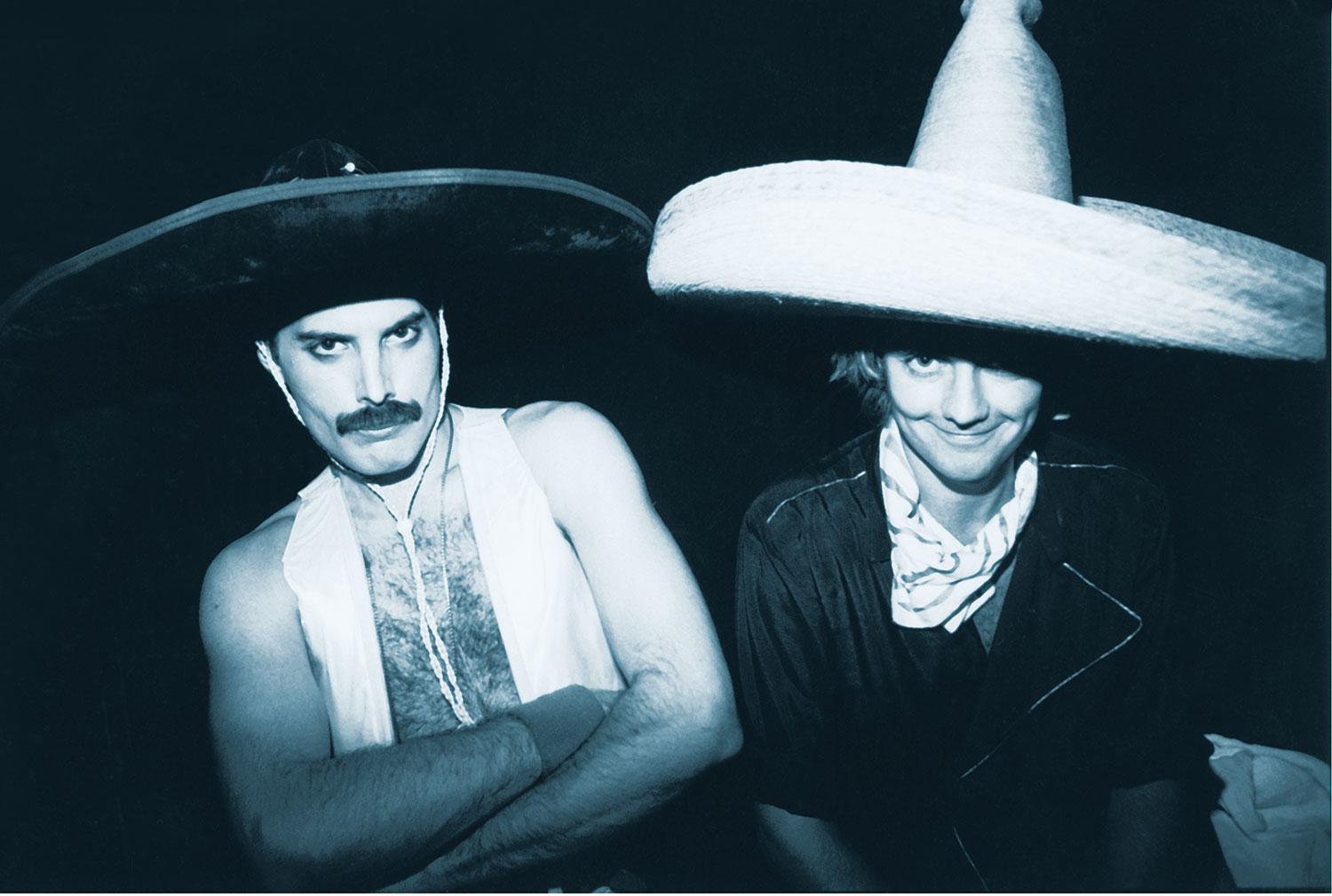 1977 was the landmark year in which Queen released We Are The Champions and We Will Rock You. Roger bought a Ferrari, and became the first member of Queen to launch a solo career with the release of the single I Wanna Testify.

His solo album Fun In Space followed in 1981, and was succeeded by 1984's rock-based Strange Frontier. Both LPs reached the Top 30. In 1987 Roger formed his own band The Cross, in which after more than 20 years he finally resumed the role of lead singer. The Cross released three distinctive albums and toured extensively in the UK and Europe.

After the tragic death of Freddie Mercury, Roger returned to his solo career with 1994's Happiness?, an album on which he explored the theme of "dealing with life and looking for happiness". The success of the album prompted further tours of the UK and Italy. Then came perhaps his most potent album, Electric Fire, which clearly showed Taylor as an acute observational songwriter. Rich in contemporary reflections on life, the album was full of attention-grabbing songs tackling thought-provoking and sometimes challenging issues — national obsolescence, domestic violence, and poverty, among them. One track, People On Streets, was inspired by visits Roger made to India and the inequalities he witnessed in the fortunes of that country's vast population. Never shy to express himself, several super- rich and powerful world figures get name checked in the song.

That the Queen musical We Will Rock You came into being could be seen as something of a surprise taking into account Roger’s openly expressed view that “musicals are completely foreign to me. It’s a genre I don’t particularly like.” But after working closely with Brian and writer Ben Elton on shaping the musical, Taylor found himself deeply entrenched in developing the show, breaking the rules of musical theatre and taking on the role – along with Brian - as musical supervisor, not only for the first production in London, but for each of the subsequent productions throughout the world. To date, local productions of the show have reached 8 further countries.

At the same time as setting up We Will Rock You, Roger and Brian played a central part in the formation of the Nelson Mandela 46664 charity, performing at the first two South Africa concerts, and providing several new songs to the 46664 album which saw them collaborate with the likes of Bono, Anastacia, Dave Stewart and Beyonce. Roger penned two new songs for the project, Say It’s Not True, a song about finding out you’re HIV positive, and Invincible Hope, based on the writings of Nelson Mandela and actually featuring the voice of Mandela reading phases from his autobiography.

In 2005, after an accidental encounter with former Free singer Paul Rodgers, Roger and Brian felt the time was right to put Queen back on the road. Billed as Queen + Paul Rodgers, Roger and Brian tested the water with a handpicked set of European dates. Such was the momentum built up over the six week European tour, a US tour was booked to follow, which saw Roger and Brian return to the USA to play for the first time in more than 20 years. The impact of the return to the road was summed up in a review of is closing night in Vancouver: “the night that arena rock officially made its comeback”.

Roger returned to his solo career in late 2009 with the release of the single The Unblinking Eye. A new solo album emerged in 2013, the critically acclaimed Fun On Earth, plus a comprehensive box set called The Lot which covered all his solo material and work with The Cross.

With Queen + Adam Lambert’s planned blockbuster 2020 Rhapsody European tour postponed until 2022 by the Covid-19 pandemic, Roger made good use of his lengthy lay-off. Fired up with creative inspiration, he spent much of lockdown writing and recording new material. Before long he found himself with his first solo album in eight years, Outsider,

In a tradition dating back to his very first solo album, Fun in Space from 1981, he wrote, produced, sang and performed all the songs on Outsider himself, with just a little help from long-time friends and collaborators. Building on more than half a century in music, Roger conceived Outsider as a kind of mature late-career statement, its prevailing mood autumnal and bittersweet. “Autumnal is a very good word for it,” he says. “It's slightly nostalgic and wistful, and quite adult, a bit more grown-up than my last couple of albums.”

Launching Outsider in grand style, Roger - with a hastily assembled band of his regular musician partners – Queen + Adam Lambert’s keyboard player Spike Edney, supporting drummer Tyler Warren, and bassist Neil Fairclough - and a couple of new recruits – guitarist Christian Mendoza and keyboard player Tina Keys - took to the road to play a 14-date tour of the UK promising a set list of solo career tracks old and new, plus some crowd-pleasing Queen classics, news that was music to the ears for the rock starved masses as they finally emerged from lockdown hibernation.

Opening in Newcastle October 2 with a final show at London’s O2 Shepherds Bush Empire on October 22 the tour played to packed houses and universally ecstatic reviews: "Quite simply brilliant". "Do yourself a favour. See this tour". "A phenomenal show", “a hugely enjoyable rock romp”.

Meanwhile, his Outsider album, release October 1, rounded off 2021 on a triumphant note for Roger. His sixth solo album, it debuted at No.3 in the UK chart, his highest-ever placing outside Queen

The summer of 2022 finally saw the twice-delayed Queen + Adam Lambert Rhapsody Tour reinstated, with Roger, Brian May and Adam Lambert playing 36 sold out shows across Europe between May and end of July, not forgetting one additional triumphant by-special-invitation appearance on June 4, 2022 – performing for the opening of the historic Platinum Party Buckingham Palace concert celebrating Her Majesty The Queen’s seventy-year reign.