Brian
May
Home The Band Brian May

With a musical career spanning four decades, Queen founding member Brian May is a world-renowned guitarist and songwriter, with production and performance credits on recordings which have sold in excess of 100 million copies worldwide.

Brian has penned 22 worldwide hits for Queen; among them the anthems We Will Rock You, The Show Must Go On and I Want It All, and powerful ballads including Who Wants to Live Forever, No-One But You (Only the Good Die Young) and Save Me. As a successful and respected solo artist, Brian’s recordings include the albums Back to the Light (1992), featuring Too Much Love Will Kill You and Driven By You, both Ivor Novello Award-winners, and 1998’s Another World. His songs continue to influence new generations of performers and have inspired recordings by artists as diverse as Elton John, Def Leppard, the Royal Philharmonic Orchestra, Shirley Bassey and Eminem. Brian has enjoyed collaborations with numerous artists including Robbie Williams, the Foo Fighters, Cliff Richard, Guns ‘n’ Roses, Diana Ross and Luciano Pavarotti. He was also proud to play feature guitar on the Winter Olympics 2002 opening music, The Fire Within for his friend and composer, the late Michael Kamen. 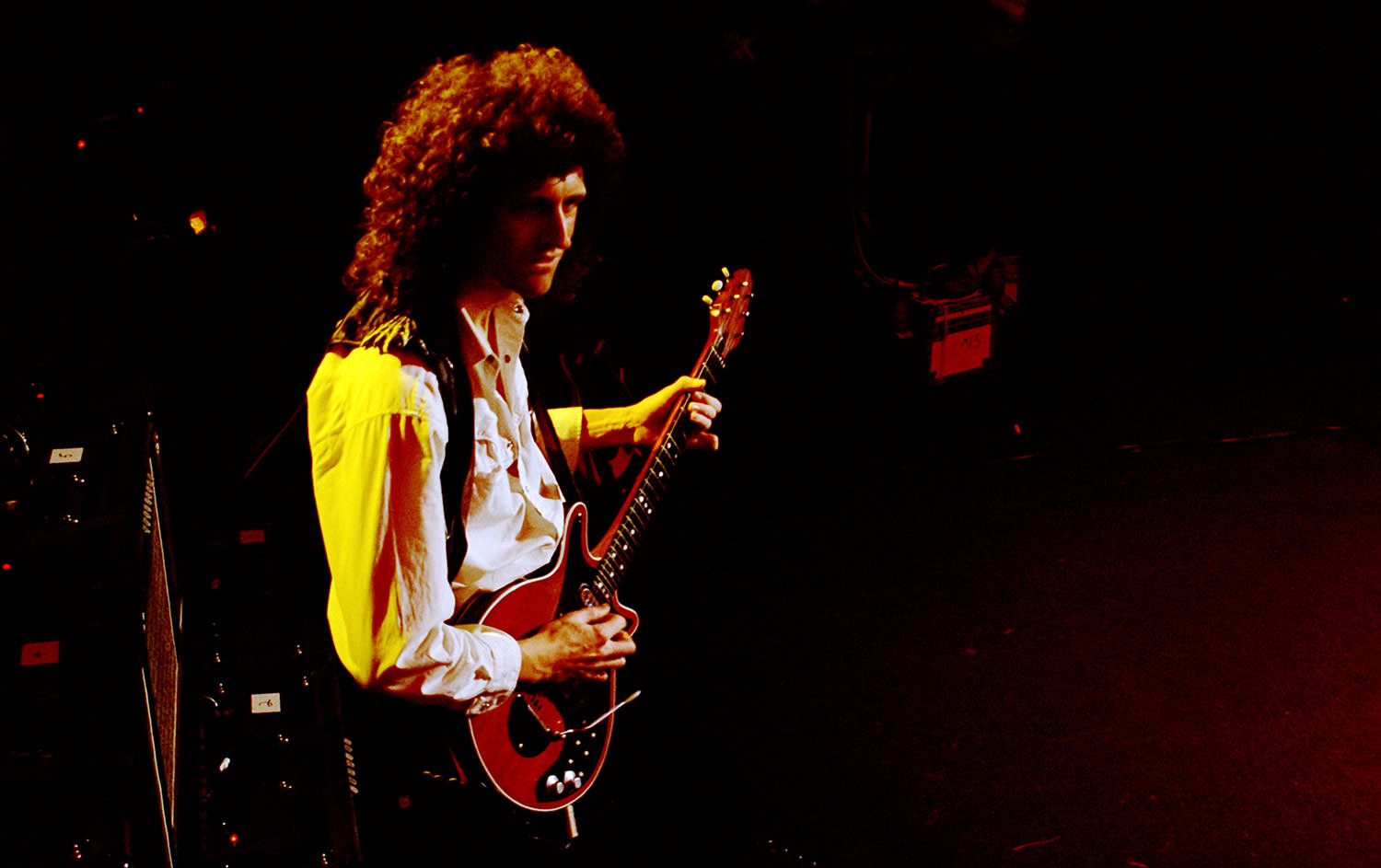 Perhaps the most memorable display of Brian’s unique style and musicianship was his performance of his own arrangement of God Save the Queen, live from the roof of Buckingham Palace, to open HM The Queen’s 2002 Golden Jubilee celebrations in front of an audience of more than 200 million people around the world.

An interest in film scoring developed when Queen became the first rock group to score a major film, Flash Gordon, featuring the hit Flash! penned by Brian. This was followed by definitive music for Highlander. Brian later contributed a mini-opera for Steve Baron’s 1996 Pinocchio, and composed a complete film soundtrack for the 1999 French art film Furia.

May is, of course, no stranger to the theatrical world, frequently contributing to the live performance work of his wife Anita Dobson, but in 1987, entering this world in his own right, he wrote and performed the music for the London Riverside Studios production of Macbeth. He returned at full strength to the Theatre in 2002, as one of the principal creative forces behind the groundbreaking ‘rock theatrical’, We Will Rock You, which became phenomenally successful, and was one of London’s top-selling shows running for 12 years with nightly standing ovations at the Dominion Theatre, London, it was easily the longest- running show ever to play at the theatre. Although We Will Rock You is now a global enterprise, Brian remains personally involved in developing new productions and updating those currently playing.

On Freddie’s death, the surviving members of Queen set up a charity to support AIDS relief, the Mercury Phoenix Trust. The MPT has to date channelled more than $16 million to over 800 AIDS projects around the world. An ongoing commitment to AIDS awareness led Queen to become a driving force in the 46664 campaign for the Nelson Mandela Foundation. The first of a series of 46664 concerts, held in Cape Town in November 2003, was broadcast worldwide via TV, Internet and radio, becoming the most widely distributed media event in history, with an audience of over 2 billion in 166 countries. Brian continues in his role as an ambassador and participant in the 46664 international concert series aimed at promoting AIDS awareness worldwide. 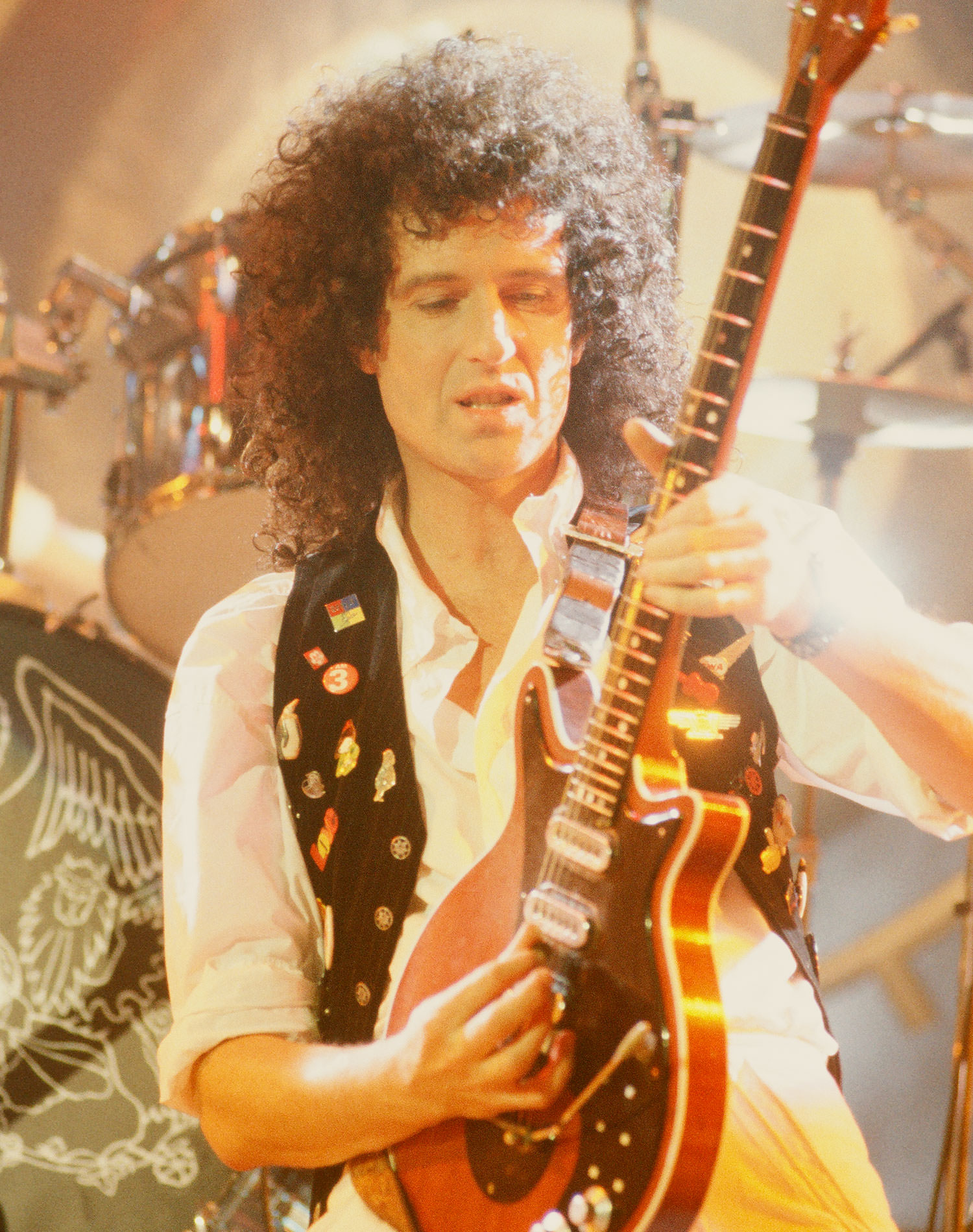 Queen’s musical catalogue consistently tops popularity polls, and their achievements have been recognised with numerous prestigious awards, including being honoured with a star on the Hollywood Walk of Fame (October 2002), being inducted into both the USA Rock and Roll Hall of Fame (March 2001) and the Songwriters Hall of Fame (June 2003), and being among the first inductees into the UK Music Hall of Fame (November 2004), which was the first event at which Paul Rodgers joined Brian and Roger as vocalist. A successful world tour together followed in 2005/06, and Paul, Brian and Roger (Taylor) then went into the studio to create new material for the well-received Queen/Paul Rodgers album The Cosmos Rocks, followed by a second giant world tour.

In July 2005, Guinness World Records announced that Queen had overtaken the Beatles to become the most successful albums act in UK chart history.

Brian’s further credits are too numerous to list, but they include designing a Planetarium show currently showing in Germany and Belgium; re-mixing classic Queen recordings in 5.1 Surround Sound; writing themes for several TV shows; producing a number 1 hit, The Stonk, for Comic Relief’s Red Nose Day; as well as lending his inspirational skills to the three top-selling volumes of The Best Air Guitar Album in the World...Ever!

Retaining his keen interest in astronomy, Brian is a regular contributor to The Sky at Night for his long-time friend, Sir Patrick Moore, with whom he co-authored, along with Dr Chris Lintott, an illustrated astrophysics book entitled BANG! The Complete History of the Universe. First published in 2006, it has since been published in 20 languages, and is currently in its third updated edition. Brian followed up with a unique book on another of his long-term passions, seminal 1850s photographer T. R. Williams whose work Brian has been researching for over 30 years. The book, “A Village Lost and Found”, written with photohistorian Elena Vidal, is illustrated in 3-D, and includes a patent stereoscope of Brian’s own design.

In December 2005, Brian was honoured with a CBE, Commander of the Order of the British Empire, by HM The Queen, in recognition of his services to music.

In 2007, after a 30-year break pursuing his musical career, Brian returned to Imperial College, London, to sign up to complete his Doctoral Thesis in Astrophysics, and after one year, successfully submitted the new version of his thesis on Interplanetary Dust.

Already the holder of honorary degrees from the Universities of Hertfordshire, Exeter and John Moore’s, Liverpool, Brian in 2007 finally achieved the award of a full PhD degree. Brian subsequently accepted a post of Visiting Researcher at Imperial College and will be continuing his work in astronomy. He is also currently the Chancellor or Liverpool John Moore’s University.

In 2010 Brian founded Save-Me, a campaign devoted to preventing cruelty to wild animals. His work fighting the abuse of foxes and badgers led to him recently being awarded the honour of “Campaigner of the Year” by IFAW, the International fund for Animal Welfare. This work continues through the Save-Me website www.Save-Me.org.uk.

Brian has continued to work outside of the Queen mothership with West End singer Kerry Ellis and together they have released three well received albums and toured successfully across Europe.

Brian is also the owner of the London Stereoscopic Company and continues his interest in astronomy.

Brian enjoys interacting with his friends and fans, who can contact him and enjoy updates on his work and thoughts via his own channel, Brian’s Soapbox, on his website at www.brianmay.com.