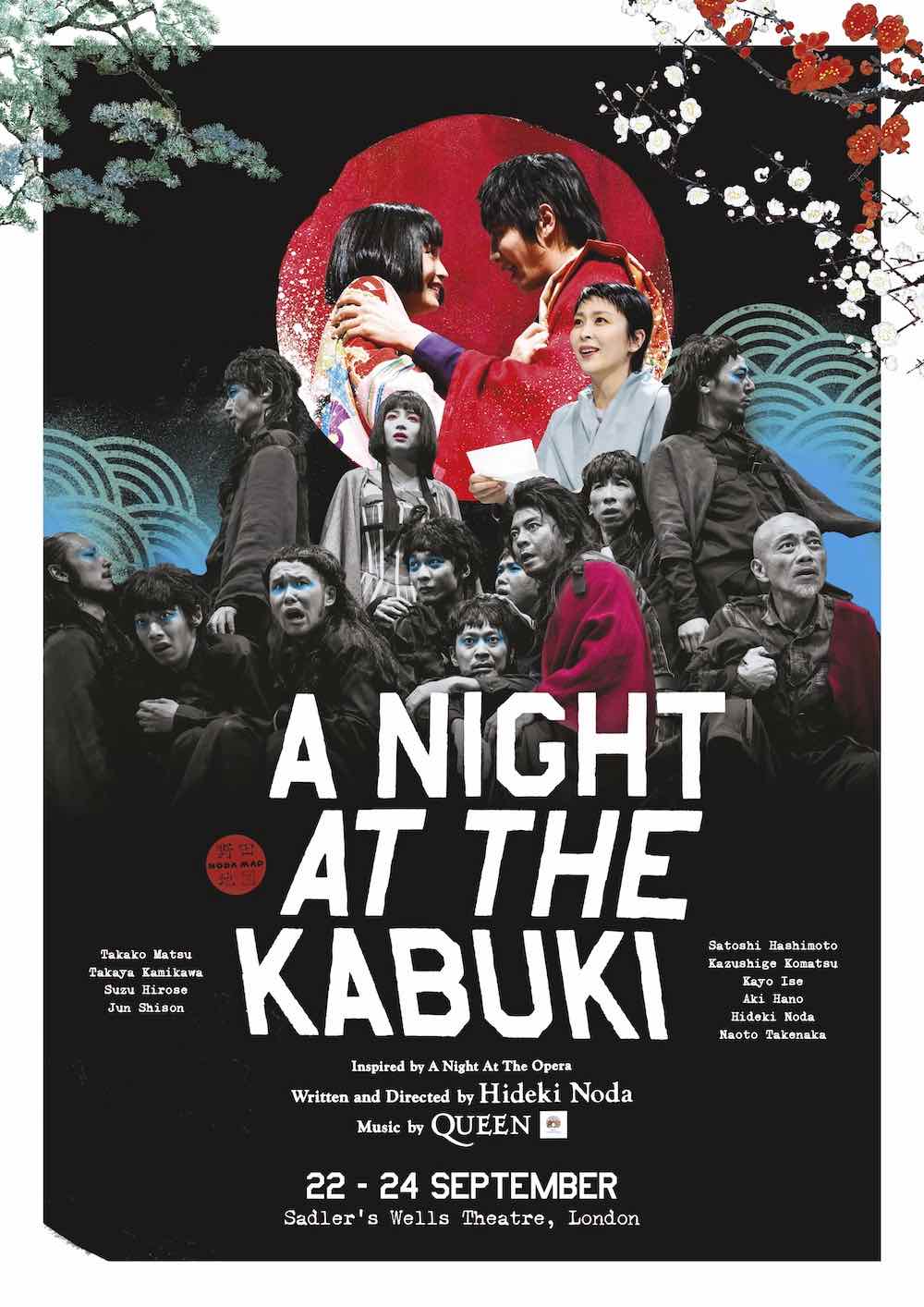 'A Night At The Kabuki' Visits London For 3 Nights

Coming to Sadler’s Wells in September as part of its world tour, A Night At The Kabuki is a retelling of Romeo and Juliet to original recordings of songs by Queen. Late 12th century Japan, as the age of the Samurai dawns, the rivalry between the Minamoto and Taira clans intensifies, and their young heirs Romeo and Juliet fatefully fall in love. Two sets of star-crossed lovers intercept one another’s fates as the well-known story takes a different turn with sometimes comic and sometimes tragic outcomes. The show was inspired by Freddie Mercury’s love of Japan – one of his kimono’s was recently on display at the V&A – and the London tour date was decided upon when Queen’s agent Jim Beach praised its world premiere in Tokyo.

A Night at the Kabuki premiered in Japan in 2019 and has played to over 70,000 people in Tokyo, Osaka, and Kitakyushu, winning the Grand Prize of the 27th annual Yomiuri Theatre Award. The title was taken from the title of the Queen album that inspired it, with ‘kabuki’ being the equivalent word for ‘opera’ in Japan. The word kabuki embodies a playful spirit and a sense of maverick.

This London run will feature all of the original core pairs of Romeos and Juliets including Takako Matsu an actress and pop singer who was the voice of Elsa in the Japanese version of Frozen, Takaya Kamikawa the long-running male lead Detective Itomura in CSI: Crime Scene Talks, Suzu Hirose, who made her stage debut in the play (after an extensive film, television and modelling career), and became the youngest recipient to win the renowned Kinokuniya Theater Award for her portrayal in the production, and Jun Shison who is a member of male actors group D-BOYS & D2 and is a global brand ambassador for Gucci.

A Night at the Opera was the fourth studio album by the British rock band Queen, released in 1975. Famous tracks on the album include Bohemian Rhapsody, Love of My Life and You're My Best Friend. This world tour was inspired by Queen’s manager, Jim Beach, and his praise for the play after seeing the Tokyo premiere. The music used in A Night at the Kabuki are all original recordings of Queen’s masterpiece, and fans may also recognise the use of original drum and guitar recordings embedded in the show as sound effects.

Brian May said “We are thrilled and honoured that legendary playwright and director Hideki Noda has chosen to expand on the theatrical aspect of Queen’s album A Night at The Opera and actually make it into a real live play. How wonderful to be a part of Japanese culture after all these years.”

Hideki Noda OBE says “The origin of this play, Q, is packed with legends. It was around 5 years ago, I had this idea of writing about the aftermath of Romeo and Juliet, the tragic love story by the legendary playwright William Shakespeare. I mean, calling him a legend would make the word legend itself feel humble. Anyway, right around the same time, believe it or not, someone close to the legendary band Queen came to me with an idea to expand on the theatrical aspect of the legendary masterpiece A Night at The Opera and bring it to life on stage with a story set in Japan. I immediately thought it would be interesting to mash it up with the ultimate Japanese classic, the tale of the battle between the Genji and Taira clans! WAY TO GO! So, I set out to work on the play, and before I knew it, all the pieces miraculously came together. The opening night became a self-proclaimed legend of its own, with the music and each scene seamlessly blending like two sides of the same coin. Fast forward to closing night. The energy was high in the dressing room, having just come off a successful run. Since the play is made up of the British rock band Queen, British playwright Shakespeare, and British enthusiast yours truly, we talked about taking the playback to its original home. (Queen’s legendary manager, Jim Beach, was there too.) The male actors, of course, said, “bring it on!” and the female actors too said, “yass!” Then, the COVID pandemic took the world by storm, and the rest is history. But just when we were about to give up on a UK performance, the legendary British theater Sadler’s Wells Theatre was kind enough to offer their stage. So, there you have it. This is a play that has blossomed with the help of many legendary connections from its conception to its rerun, including international dates. The tide is changing. After all the “online/remote” hype, people are now returning to theatres. It’s all about being in the moment. That is what the legend called theatre is all about. Come and check it out!”