The Lastest News from Queen
Home News 'A pub, a garden and Queen Vic' - Spike Edney 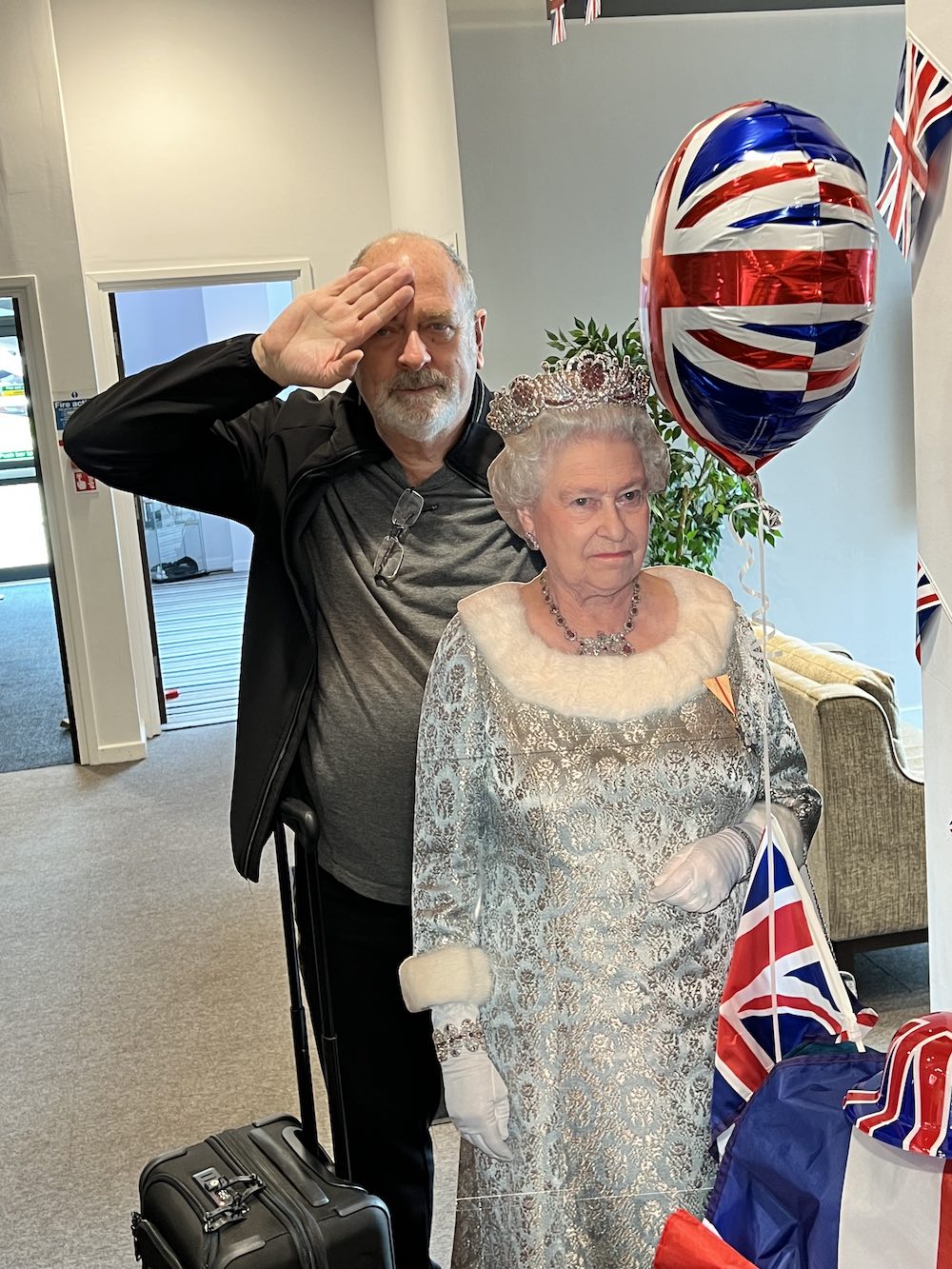 'A pub, a garden and Queen Vic' - Spike Edney

Sat 4th June 2022 was a very special day in my long and varied career.  I started out playing around Portsmouth and the South, in youth and social clubs during the late ’60s and early ’70s. Then, in what seems to be the blink of an eye, I find myself performing outside the gates of Buckingham Palace, for the Sovereign’s Platinum Jubilee. I have to admit that this has given me pause to consider what a strange, wonderful journey it has been. The road from Portchester to this special place and occasion has been full of surprises, twists and turns.  For the record, it’s not the first time that I’ve been in this kind of situation.  Back in 1977, during The Silver Jubilee, I was press-ganged into playing the piano for a street party outside a pub in Gosport! I had a ball. Then twenty years ago, I had the good fortune and honour, to appear in the back garden of “Buck House” for the Golden Jubilee celebrations, so I guess this most recent event could be regarded as a return gig! Having had the good fortune to be (the band) Queen’s touring keyboardist since 1984, I’ve been present at a couple of other memorable shows; Live Aid; Nelson Mandela’s birthday concerts in Capetown, Hyde Park and Radio City (New York)- all big events in their own right but I have to say that as an Englishman, I was very moved and deeply honoured to be part of last Saturday’s performance. Queen are in the middle of a UK/European tour that has been rescheduled from 2020, due to the pandemic. A two-year break had naturally created a bit of a ‘rusting’ effect on our abilities and most of us, having had covid at some point, we're definitely feeling a lack of energy and mental sharpness when we convened, back in May, to dust off the cobwebs. We had played 2 nights in Glasgow with a planned day off before starting a 10-night stint at The O2 in London. The invitation to participate in “The Platinum Jubilee” was obviously much too good an offer for any red-blooded, patriotic Englishman to refuse; so any thoughts of the consequences of 5 shows in a row, were immediately banished to the “we’ll worry about being knackered later” file. After the second show in Glasgow on Friday, we “did a runner” from the stage straight to the jet and were whisked off to London, checking in to the hotel, just off the Mall, at 1:30 am. There had been some merriment on the flight but we were all very aware of what lay ahead and the toll that this non-stop run of shows, would take on us both physically and mentally. At this juncture, I must point out that three of us (i.e. 50% of the band), are septuagenarians and ought to know better than to be spending their waking hours gallivanting around the world’s stages! At noon on Saturday, partially rested, we set off for the Palace and were taken through various stages of security, where lively ‘sniffer’ dogs enthusiastically checked out our vehicles, running around the outside, banging their tails against our van and creating a weird rhythmic effect - that was surreal moment No.1.

P.S There is more but I’m afraid it will have to wait for my book! 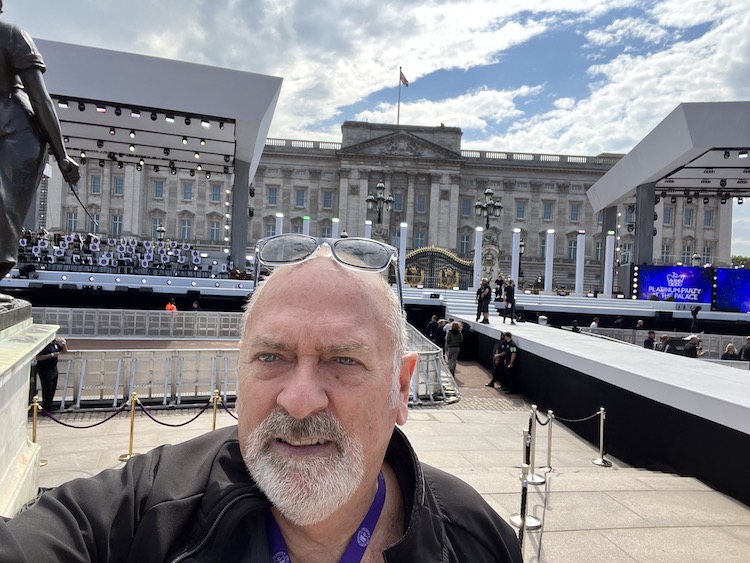