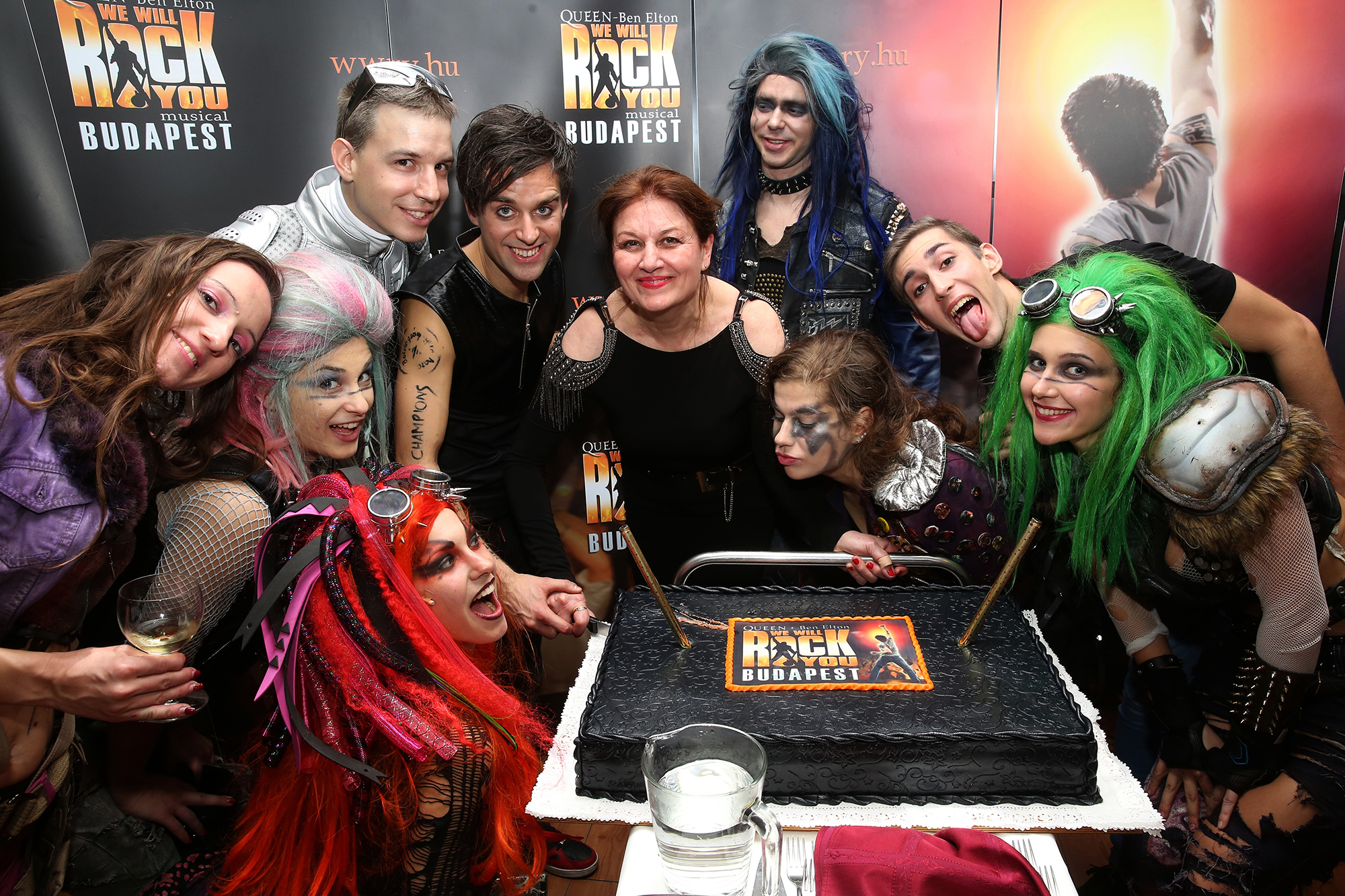 For more details go to www.wwry.hu

"Amazingly grandiose singing, double entendres, legendary songs and a unique visual world are the hallmarks of the Hungarian premier of We Will Rock You."

"A futuristic set supercharged by an air of nostalgia!"

"Ben Elton and Brian May, who have dreamt up this super production, made possible that for the first time ever, this worldwide success of a musical is performed with a completely new direction, a fresh choreography and a stunning production design for the Hungarian audience. All of which did wonders for the play."

"Set and costumes were designed by Erkel László (Kentaur) who has envisioned on stage special sci-fi sets that would surely wow everyone anywhere in the world. The most exciting piece was a ginormous wall of remembrance made out of 16.000 audio cassettes."

"The sensational futuristic production design is further electrified by the fantastic choreography of Túri Lajos Péter as well as the unique ideas of director Cornelius Baltus, who was contracted for this show by producer Simon Edit and tasked with refreshing and modernizing the play."

"Singing the songs of Queen is a challenging feat even for the most seasoned performers. But this might be the very reason why all of the performers on stage sang so amazingly well as probably never before in their lives."

"The whole production is fabricated with meticulous attention paid even to the smallest of details!"

"Excellence is the word to describe the Budapest production of We Will Rock You."

"The musical made out of the songs of Queen starts at a place where rock is a distant and forbidden memory, yet proves it can never be destroyed. Because Queen arrive and fix everything."

"The director Cornelius Baltus uses less humour in the acting than in the Dance of Vampires, obviously because the book is already full of gags as is. But the set and costume designs of Kentaur make the visual part of the show quite memorable too."

"The audience received the performance with a well-earned long ovation, and many have stood to give the highest mark of appreciation."

"Everyone has fire, fever, passion, dedication, a strong will and zeal, all that’s needed for a rock gig!"

"The songs and the performers really make the abundant crowds go crazy. And the heated halls get even hotter during the performance."