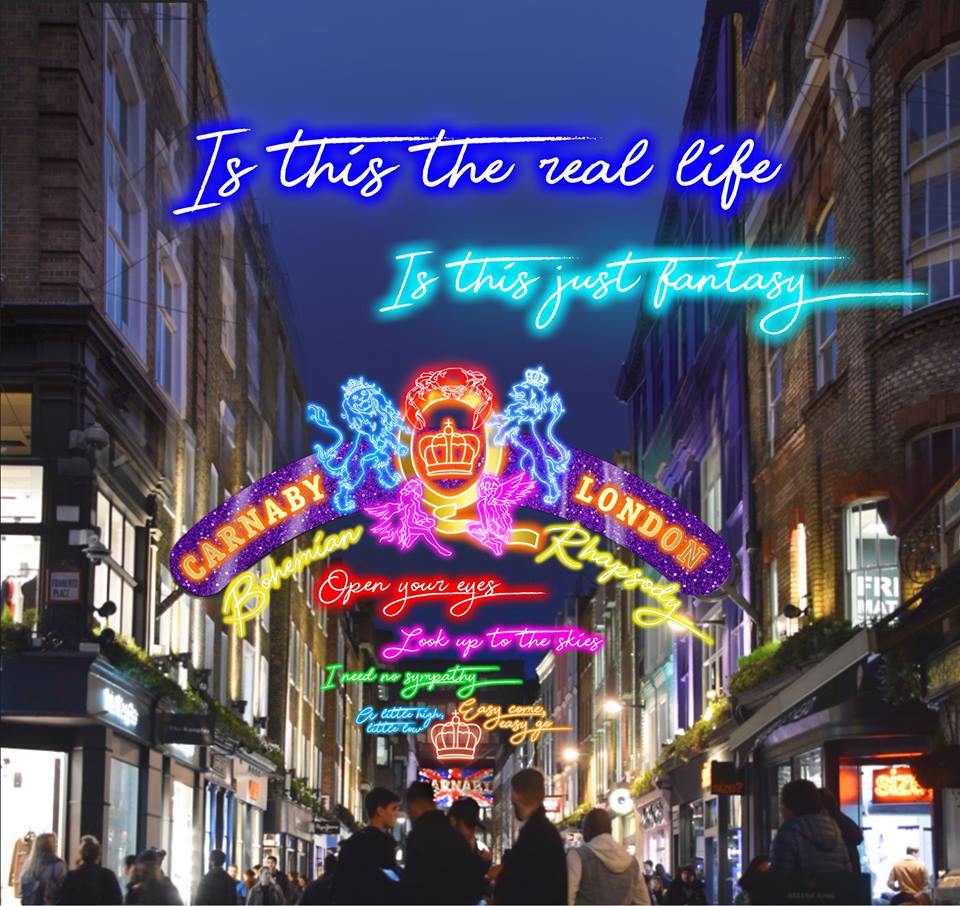 Following the success of Freddie For A Day on September 5th and the Bohemian Rhapsody Lights switch on last month with the band and movie cast, The Mercury Phoenix Trust is back on Carnaby Street this Thursday, 8th November!

Most of the activity revolves around the Official Queen Pop Up Store in which you will be able to find MPT collection boxes and Freddie moustaches and plectrums for which you can make a donation.

PLUS, The Wildfire Tattoo Collective will be located instore, downstairs and will be donating a percentage of all tattoos completed on the day to the MPT!

PLUS, We also have Bulsara and His Queenies performing a short set in the store from 3 pm during which once again you can donate. The band will then return at 5 pm to rock the main Carnaby Street strip for a TWO HOUR set!

Bulsara and His Queenies - Live

So if you are in the area, please do swing by and join in the fun, get a tattoo and enjoy some free music!

- Bulsara and His Queenies will be returning to play The Freddie Mercury Birthday Party in Montreux on September 7th. They will be performing The Miracle album in full to celebrate it's 30th Anniversary, plus a selection of hits and deep cuts. Tickets on sale now @ www.queenonlinestore.com -