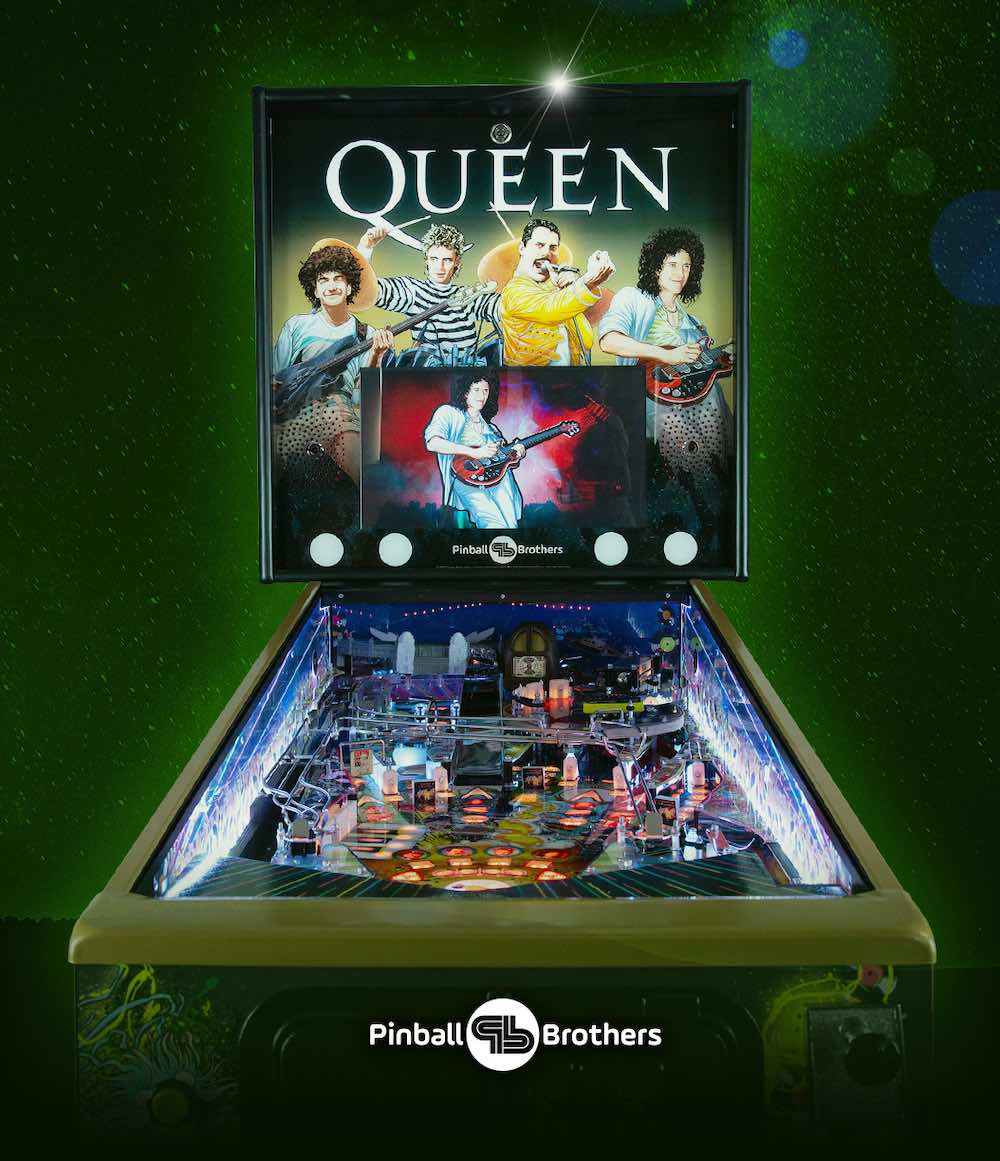 With over 300 million albums sold worldwide, the iconic British rock band Queen are one of the biggest bands ever. Formed in London in 1971, Queen have released 15 studio albums, toured extensively, and produced innovative film, video and theatre shows for over 5 decades and they continue to pull in the crowds around the world.

The time has now come to honour this legendary band with a pinball machine based on their truly spellbinding songs – all played LIVE!

The game will be available in two different editions: Champions Edition and Rhapsody Edition. Rhapsody Edition is limited to a run of 1000 numbered games and comes with a certificate of authenticity will come with a number of unique add-ons. The two editions will be different in appearance.

Pinball Brothers have worked closely with the band to ensure their approval and it features the following live songs: A Kind Of Magic, Another One Bites The Dust, Bohemian Rhapsody, Hammer to Fall, I Want To Break Free, Killer Queen, One Vision, Play The Game, Radio Ga Ga, Seven Seas Of Rhye, Somebody To Love, We Will Rock You, We Are The Champions and Who Wants To Live Forever.

The game features 14 live songs accompanied by call-outs by the band, exclusively recorded for the game. Featured also is Brian May’s legendary Red Special guitar, in the shape of an upper playfield where you can lock balls to start the Red Special multiball.  Or you can visit the epic Wembley Stadium to lock balls to start yet another of the game’s many multi-balls.

Collect autographs, instruments, band members, tour passes and posters on your way to eventually reaching the final wizard mode “I Want it All!”.

The game is presented with a breath-taking full RGB light show and a HiFidelity sound system, including an 8” bass speaker. It is hard to imagine a better way of experiencing Queen live, whether it be at the club or in your own living room. It will be truly immersive!

For full details and to order go to www.pinballbrothers.com/Queen - Pre-orders are taken by clicking on the DISTRIBUTORS tab on the website here.