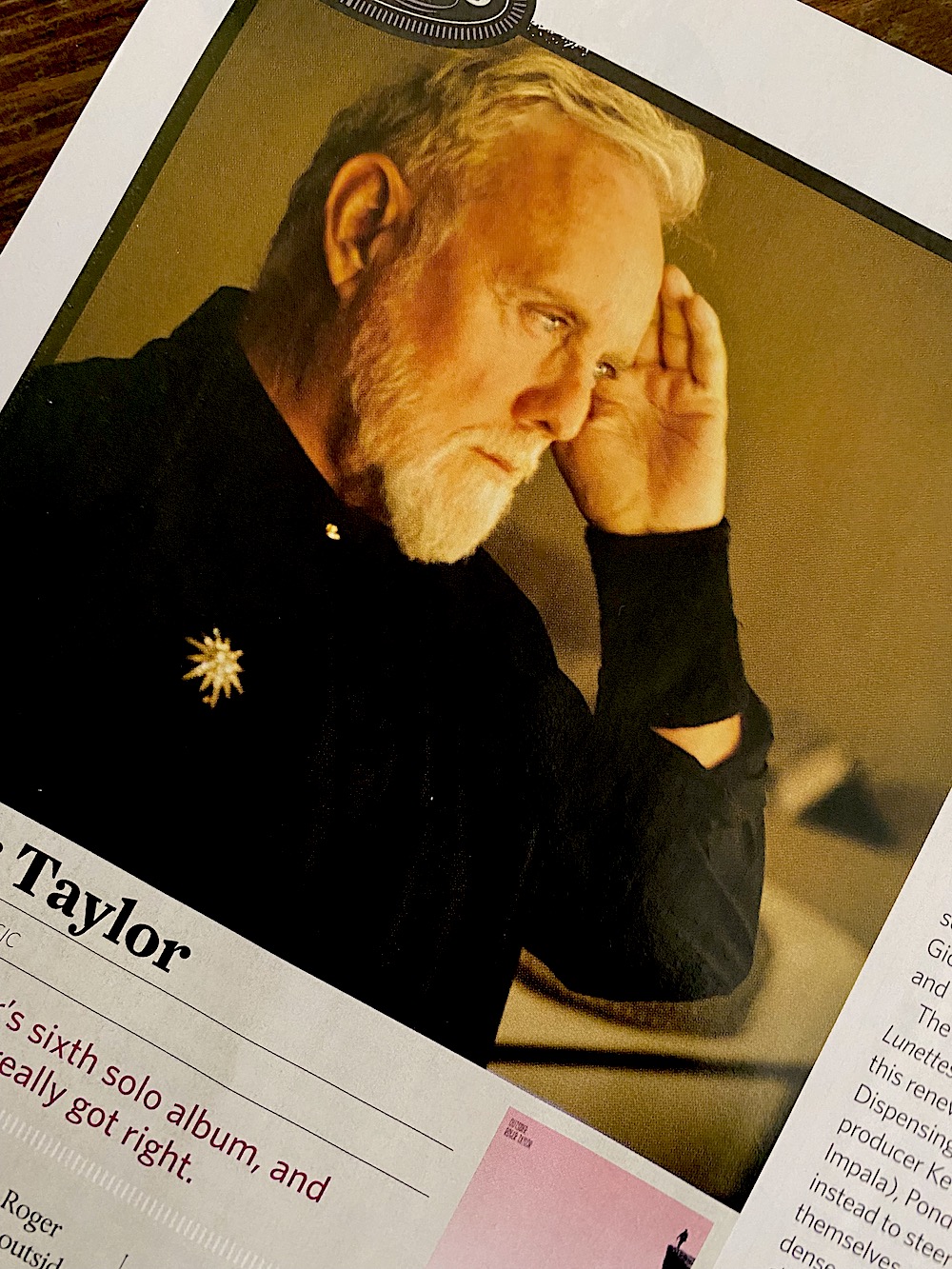 This month's Classic Rock magazine has given Roger's new album, 'Outsider' a glowing 8/10 review! John Aizlewood had the following to say on page 74 of issue 293 (October 2021, Iron Maiden cover):

"Taylor has turned in the solo effort of his life..."

"The real surprise is how graceful this lockdown-inspired album is..."

"More Kicks...is Taylor at his most grizzled and jagged."

"KT Tunstall brings elegant vocals to the empathetic We're All Just Trying To Get By..."

"...it doesn't matter why Taylor is blossoming so late in life. Let's just be thankful that he is."

The 'Outsider' album is available to pre-order now @ http://RogerTaylor.lnk.to/Outsider

Click here for Tickets for the UK 'Outsider' Tour which starts on Saturday.

Queen also features on page 55 as part of the Guitar's Greatest Live Moments feature. The band's Live Aid set is focused on saying "Queen were the undisputed highlight of the pair of charity concerts organised in 1985..."