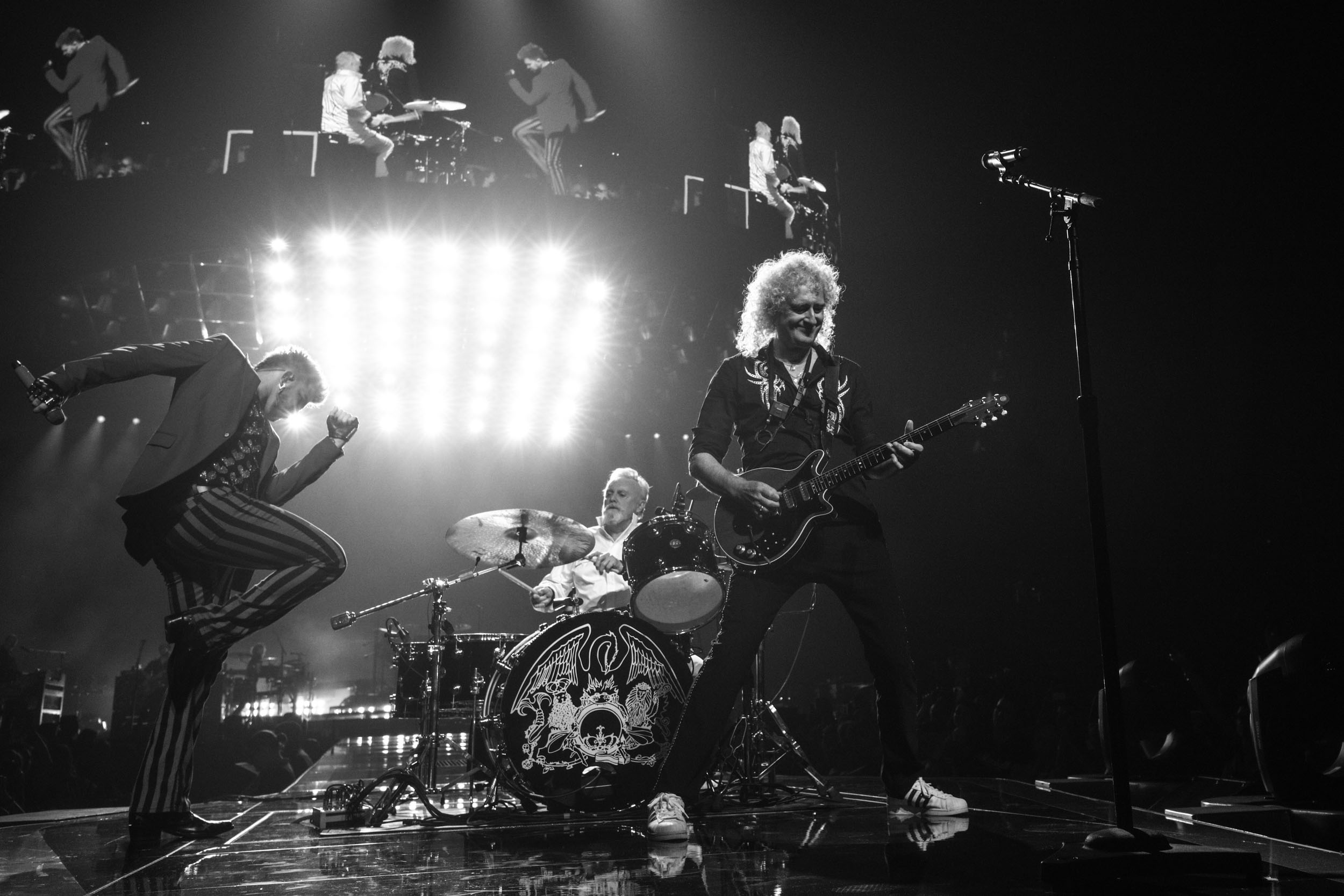 TICKETS ON SALE 11 DECEMBER 10:00AM @ www.ticketmaster.co.uk/queen

In what will be their first European dates since the worldwide box office sensation that was the “Bohemian Rhapsody” film, Queen + Adam Lambert’s announcement today comes having well and truly rocked North America with 25 giant shows across the summer which drew universally ecstatic reviews – “it’s loud, it’s fun, and it’s unforgettable” - and played to sold-out audiences totaling close to 400,000 spectators.

The all-new “Rhapsody” show, already hailed as “a marvel of technical advances,” will kick off the new year of 2020 with 17 giant arena and stadium shows across South Korea, Japan, Australia, and New Zealand. The mega-show will then arrive in the UK and Europe in late spring, as Queen original band members Brian May and Roger Taylor team up once more with longtime frontman Adam Lambert on lead vocals to perform shows across nine countries from late May into early July.

The European tour will launch in Italy on 24 May, with its final stop in Madrid with two shows on 7 & 8 July. Along the way, it will play in the Netherlands, Belgium, France, Germany and Switzerland, as well as the UK, where dates will centre around the 10 London shows at The O2 beginning on 2 June.  The full tour schedule is below.

Tickets for the UK dates on the “Rhapsody” tour go on sale to the general public today 11 December, at 10 am local time.  There are no pre-sales.  Tickets (maximum of six tickets per booking) are priced from £45.00 and available from ticketmaster.co.uk and queenonline.com

Over the “Rhapsody” tour, European audiences will, at last, have the chance to see the epic new show which has drawn awe and acclaim all through its North American run and became Rock’s hottest ticket of the year in the USA. Ever the masters of extravagant performance and sumptuous visuals, Queen + Adam Lambert’s newest production is again the work of Stufish Entertainment Architects’ set designer Ric Lipson and lighting designer Rob Sinclair who both have a long-term association with Queen including the band’s 2017-2018 eye-popping “News Of The World” inspired touring show.

Lipson describes the two-and-a-half-hour production as “A new chapter in the history of the band. Once again for them expanding the parameters of what a live music experience can be, this new show delivers the band’s most spectacular yet, an innovative and interactive celebration of the continued power of Queen’s music.”

The tour comes at a time when Queen continues to ride high on the momentum of their box-office-busting, Oscar-winning “Bohemian Rhapsody” biopic, which has introduced their music to new audiences with record-breaking results. Apart from becoming the highest-grossing music biopic of all time, in the UK it is also No. 1 biggest-selling film of 2019 on home release.

Queen’s original soundtrack to the film has remained high in the UK album chart ever since its November 2018 debut; in the US, it became the band's highest-charting album in 38 years, and Queen sold more albums in North America than any artist in the first half of 2019. The timeless and groundbreaking “Bohemian Rhapsody' video has reached a historic one billion views on YouTube making it the most viewed music clip of the 20th Century.  In addition, YouTube views of “Don’t Stop Me Now” have just passed the 500 million mark.

Revealing the news long-awaited by the band’s UK and Europe fans, Queen’s Roger Taylor stated: "We're back and we're hot.”

An enthused Brian May said: “This is a fearsome new production taking the Queen legacy to a new place.  I’m well proud.”

Adam Lambert joined in saying: “I can’t wait to get back to the UK and Europe, we had a blast on our last tour, and I am so excited to bring this new show over there!”

Once again completing the tour line-up will be the band's long-term on-stage collaborator Spike Edney on keyboards, Neil Fairclough on bass and Tyler Warren on percussion.