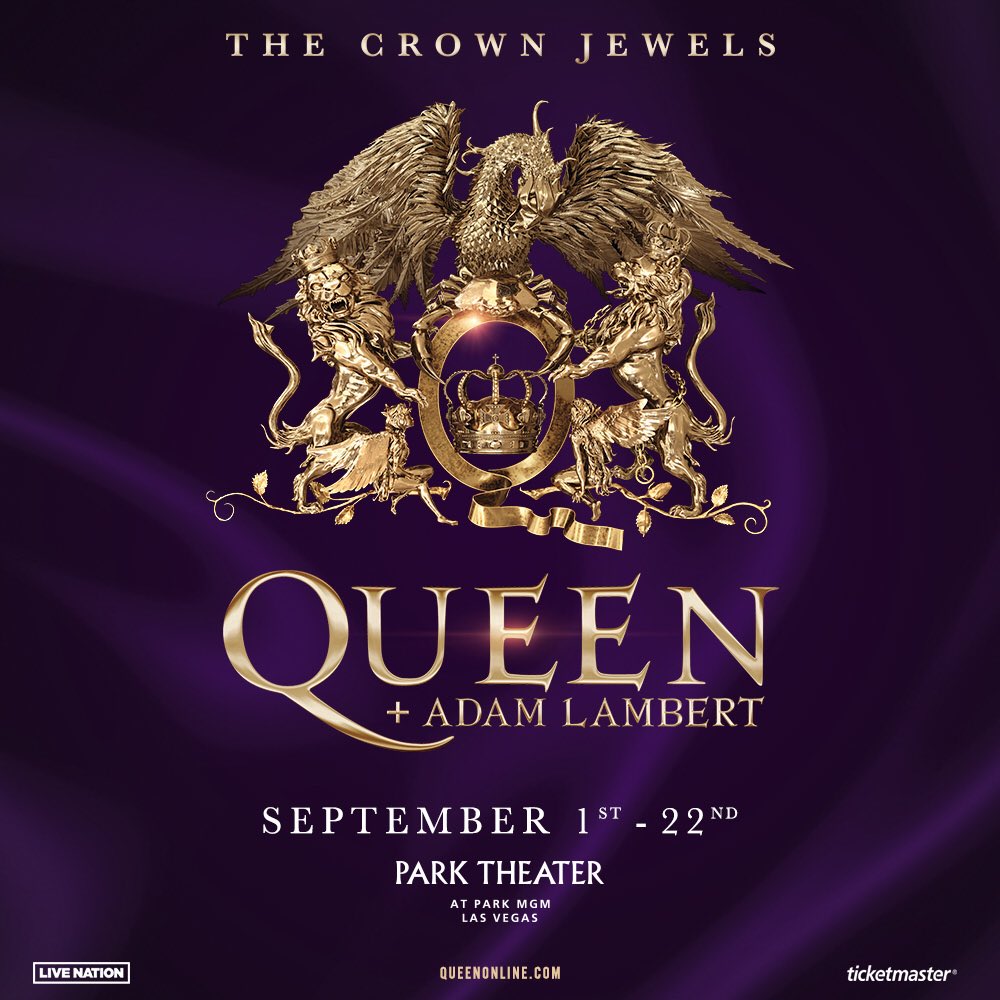 Tickets on sale to the public Friday, May 11 at 10 a.m. PT @ www.ticketmaster.com/queen

“A seamlessly executed Vegas assault -- a just-right balance of kitsch, classic rock and ‘70s excess. It's all there; the bombast, melodrama, the drum solos, the glitter, the great songs, a crazy light show, big power chords.”  (Billboard, June 27, 2017)

Tickets ranging in price from $79 to $350, as well as a limited number of On-Stage seats, not including applicable service charges, will go on sale Friday, May 11 at 10 a.m. PT at www.ticketmaster.com/queen. A limited number of VIP packages will also be available. Members of both Queen and Adam Lambert's Fan Clubs will be able to purchase tickets before the general public beginning Tuesday, May 8 at 10 a.m. PT. M life Rewards members and Live Nation and Ticketmaster customers will receive access to a pre-sale running Wednesday, May 9 at 10 a.m. PT through Thursday, May 10 at 10 p.m. PT. To join the M life Rewards program or for more information, visit mlife.com.

Queen Online.com subscribers will be sent pre-sale links and passwords.

Queen + Adam Lambert have come a long way since first sharing a stage for the American Idol finale in May 2009. Since then, the critically acclaimed creative partnership has proved to be a global phenomenon, having played over 150 shows in all corners of the world. Filling stadiums and festivals, Queen + Adam Lambert’s awe-inspiring show has drawn across-the-board rave notices.

“A master class in design, lighting and supreme musicianship. Long may Lambert and the Queen of now reign.” (News Corp Australia Network, February 21, 2018)

"With fantastic players, a dazzling stage design, an almost unparalleled catalogue of classic songs, and an outstanding frontman, Queen still offer one of the most entertaining nights of rock and roll to be seen and heard anywhere.” (Daily Telegraph, UK, December 13, 2017)

Band mate Roger Taylor was equally as enthusiastic, saying he is, “Looking forward to rocking the Strip,” singing the praises of “the audaciously and phenomenally talented Adam Lambert.”

Lambert added: “I’m so excited to help share ‘The Crown Jewels’ with the Strip. You’ll be humming them all night!”