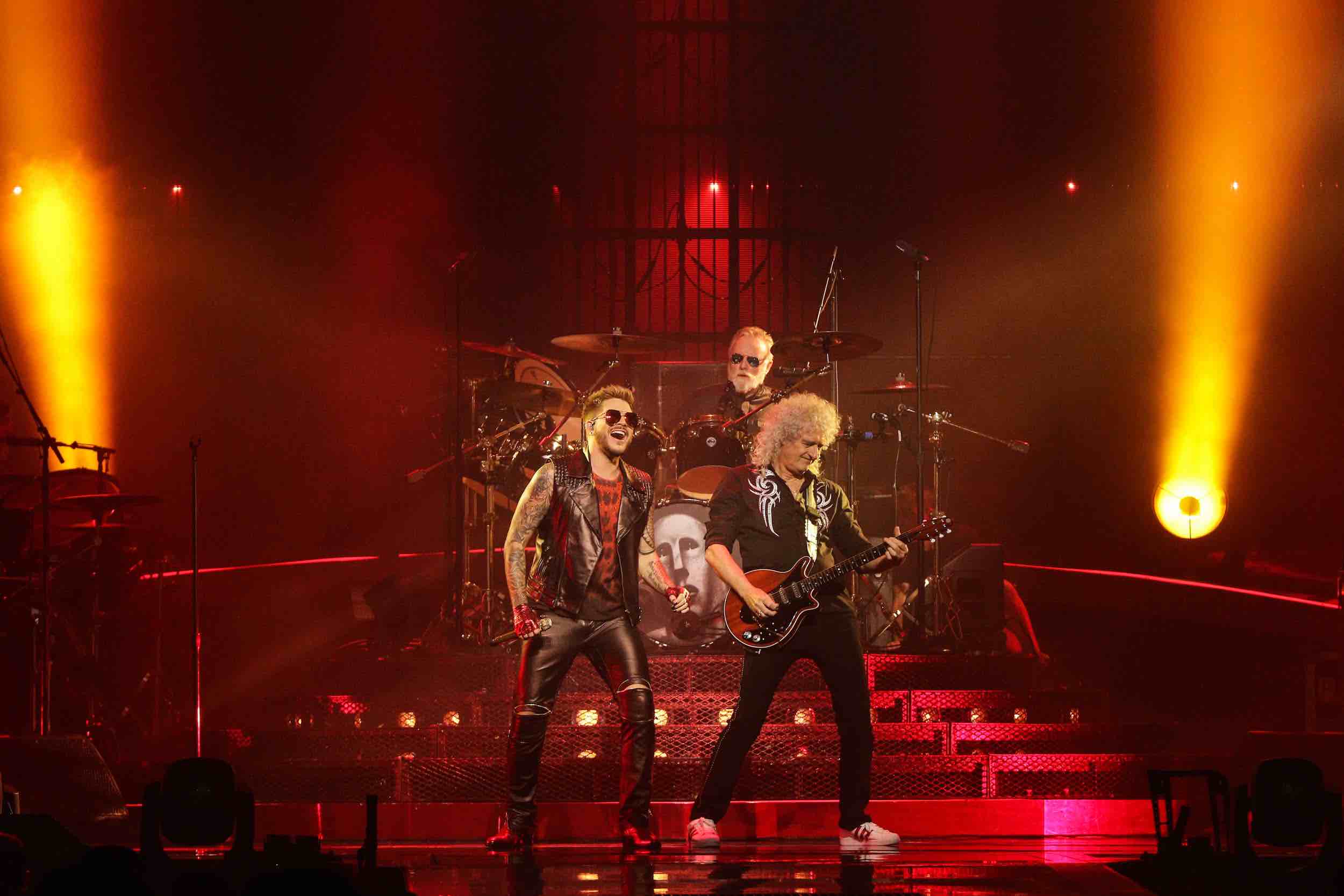 Los Angeles, CA (December 3, 2018) – The soaring success of Bohemian Rhapsody – the Freddie Mercury/Queen movie that is set to become the biggest grossing music biopic of all time – has proven that the public’s love for Queen remains as strong as ever. Longtime fans and recent converts will be thrilled to discover then, that Queen – original band members Brian May and Roger Taylor, teaming up once more with longtime frontman Adam Lambert on lead vocals – will return to North America next year. Produced by Live Nation, the epic 23-date arena and stadium Rhapsody tour is set to run from mid-July through late August with an all-new concert experience.

Tickets for the Rhapsody tour go on sale to the general public starting December 7th at LiveNation.com at 10 AM local time.   Queen and Adam Lambert Fan Club Presales* will run from 10 AM local time through 10 PM local time on Thursday, December 6th.

*Pre-sale links and codes will be sent on to QueenOnline.com subscribers and Queen Fan Club Members via email on Tuesday 4th December.

Going under the Rhapsody header, the six-week tour will debut a brand new larger-than-life production.  Stufish Entertainment Architects’ set designer Ric Lipson says: “Queen + Adam Lambert’s Rhapsody tour will, once again for them, expand the parameters of what a live music experience can be. This new show promises to be their most spectacular yet, an innovative and interactive celebration of the continued power of Queen’s music.”

The tour follows an acclaimed run of 10 sold-out shows at the MGM Park Theater, Las Vegas in September 2018 and will kick off July 10th at Vancouver Rogers Arena.  Stop-offs include some of the most history-packed venues in the US and Canada, including The Forum in Los Angeles (the last venue the original line-up played in North America on September  15, 1982) and New York City’s Madison Square Garden (the site of past Queen glories, including a memorable performance from Queen + Adam Lambert on July 17, 2014). It will wrap August 23rd at Spectrum Center in Charlotte, NC.

Announcing their Rhapsody tour Roger Taylor said: "We are ready for America and raring to get back in the saddle.”

Adam Lambert said: “We have been designing a brand new visual spectacle that will reframe these iconic songs and we are excited to unveil it!”

With Brian May adding: “This is a great opportunity. Our last tour featured our most ambitious production ever and got us our best notices ever. So we decided to rip it apart and get even more ambitious!  Watch out, America! "

Since Adam Lambert first shared the stage with Queen for the 2009 American Idol final, his dynamic performances have reinvigorated the band and delighted fans worldwide. Their first full show together – starting as they meant to go on - thrilled a half-a-million-strong crowd in the Ukraine capital city of Kiev in June 2012. Since then May and Taylor’s musical fireworks have been matched by Lambert’s vocal prowess and stage presence, making for an explosive combination. Over 180 gigs later, the partnership has proven a commercial and critical triumph, playing to enraptured full houses in every corner of the world.

Completing the tour line-up are long-term collaborator Spike Edney on keyboards, Neil Fairclough on bass, and Tyler Warren on percussion.

Never known to rest on their laurels, Queen on this Rhapsody tour will unveil a stage show as experimental and rule-defying as the hit-packed Queen back catalogue. The band have worked with the creative partners behind the eye-popping News Of The World 2017 tour – Ric Lipson of Stufish Entertainment Architects handling set design; Rob Sinclair on lighting design; and Sam Pattinson of Treatment Studio behind the video content – to develop an unmissable show.

When Freddie sang The Show Must Go On all those years back, even he couldn’t have guessed that Queen music would still be storming the charts in 2018. Next summer, the stages of North America will be well and truly rocked again. You can’t help thinking Freddie would be overjoyed.

For this upcoming tour, Queen has teamed up with Twickets, the global fan-to-fan ticket marketplace, as a safe and secure place for fans to buy or sell spare tickets. Twickets enables fans to ethically resell event tickets they can no longer use to other fans for no more than the face value of the original ticket, helping to combat the secondary ticketing market. To resell spare tickets or buy a fan-to-fan ticket, please visit http://queen.twickets.live