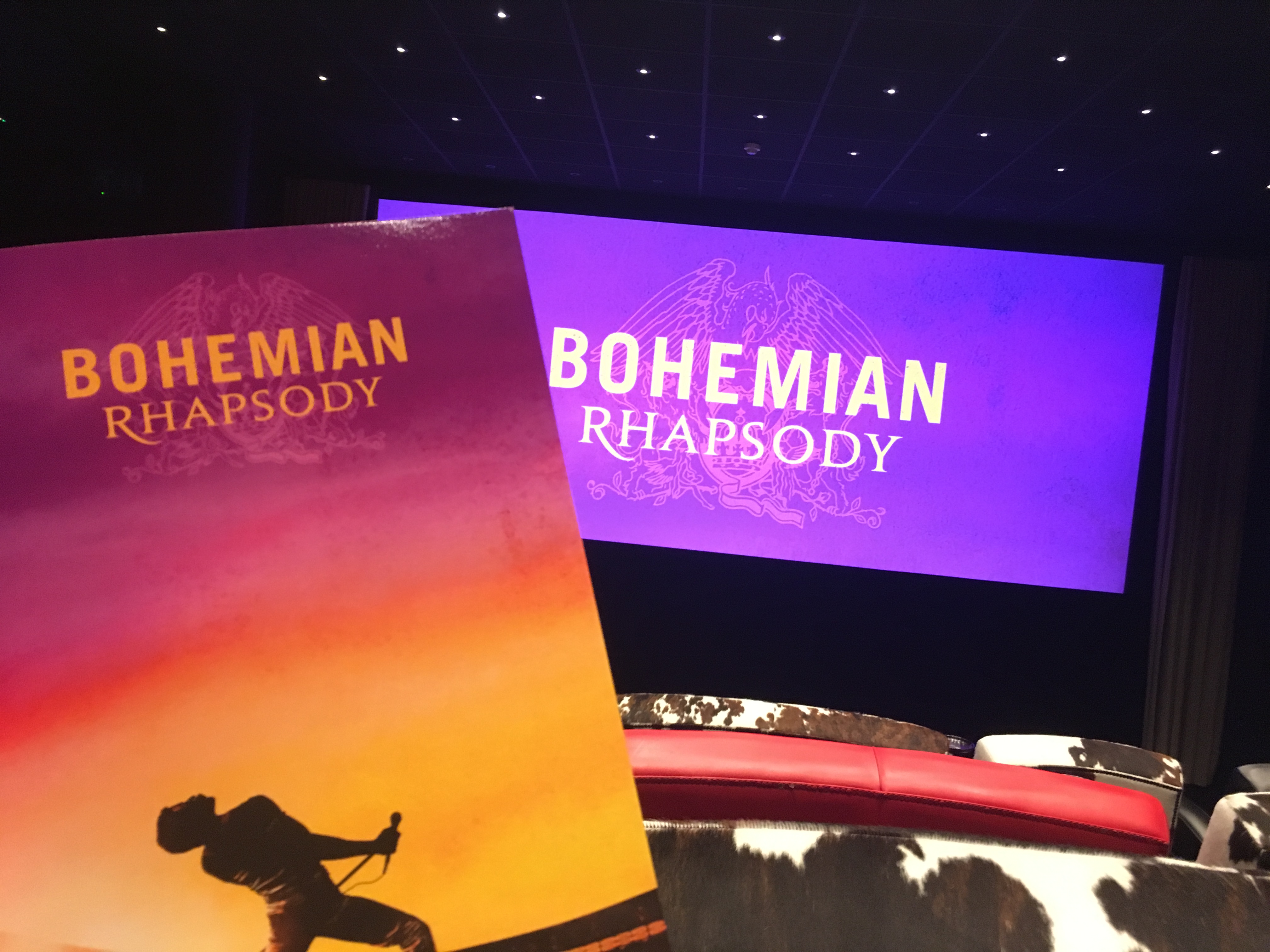 Queen Online hit the city on Friday as we made our way down to London's Soho district to infiltrate the Bohemian Rhapsody International press day. Rami Malek, Lucy Boynton and film producer Graham King were all in town to present the film and speak to the entertainment media from across the globe.

A busy day for all saw Rami and Lucy answer questions about their involvement in the movie, the pair also took part in a short photo session. 'Roger' and 'Brian' or Ben Hardy and Gwilym Lee, if you like, also stopped by for brief individual shoots and a quick hello.

Interviews and photographs aside, those lucky ones attending the press day were also given an exclusive 30-minute sneak peak preview of the movie...

Graham graciously welcomed the press and introduced the footage. The press first viewed a "legacy" piece, a reel which highlights Queen's impact on pop culture around the world, including famous covers, facts and figures on the band and world recognised footage. Journalists then watched the exclusive 30minute edit from the movie, followed by the latest trailer. The response was spectacular. The journalists were floored by Rami's performance. They were deeply impressed with the entire cast. Many described how the footage triggered their memories of Live Aid, and the impact that Queen had, and still has, in their country.

Following the viewing, journalists were invited to tour a Queen/Bohemian Rhapsody exhibit which featured props and costumes from the film and Queen memorabilia. Highlights included four iconic costumes from the film, one of Freddie's actual concert costumes, Queen gold records from the set, authentic Live Aid programs, and the actual acoustic guitar that Brian May played at Live Aid.

Queen archivist Greg Brooks was on hand throughout the day to give brief anecdotes about the band as it related to the film and to discuss how he worked with the production to ensure authenticity. As ever, when Greg is at such events he was very busy and asked many detailed questions about the band and about various items on display. Sadly, no photos of the exhibit were allowed, sorry about that!

As the day came to an end in the early evening QOL, slopped off to enjoy the refreshments that had been laid on and raise a glass to a job well done...using the special Bohemian Rhapsody coasters that were in place in the bar naturally!