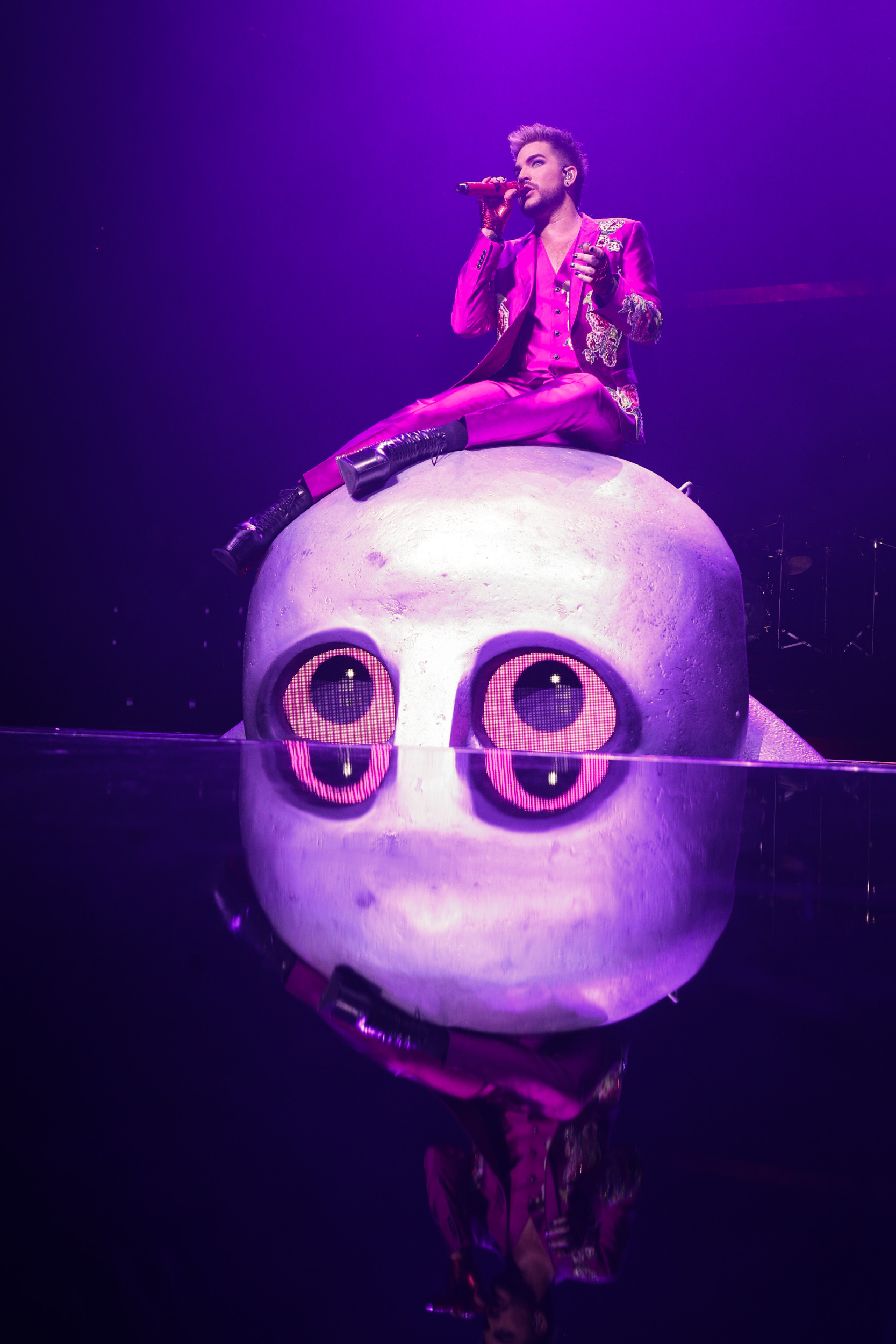 "They came, they rocked, they conquered” - Australia / New Zealand Reviews

“So rarely are we spoilt with a show where the crowd simply don’t want to stop singing and cheering. Every ounce of the abundant pomp and circumstance of this event was lapped up by the audience.” 100 per cent Rock Magazine.

“Blew the roof off with a hit-packed performance...you feel Freddie would be happy with this reincarnation of the band. It’s the closest thing many will ever get to the real thing.” X-Press

"They came they rocked they conquered. Long may they reign over us.” Hi-Fi Way: The Pop Chronicles

“Astonishing…Everything about this show rules." The Music.com

“The energy is still high, they sound great and Lambert’s voice means this is more than just another trip down memory lane. It’s not just him having a good time.” The Age

“A triumph.The staging and production is state of art...left the audience young and old beaming with joy. Herald Sun

“Still at the top of their game…the band kept the audience in the palm of their (robot) hand the entire night...just staggering…so many hits that it was hard to count.” What's My Scene

"Queen and Adam Lambert provided a two hour, intermission-less audiovisual spectacle for the eyes and ears that left me yearning for more. An absolute delight in every way.”

“The chemistry between Lambert and the band is immediately apparent… each song is sharp and delivered in such a beautifully flawless manner that left me hoping for an eternal partnership between the two." Save Tonight

“Dreams have been lived for some and in my opinion, this is going to be a hard show to top this year." Blinkgc.com

"Rather than recreate the past, the group wanted to put on a killer show and, in Lambert’s own words, have everyone ‘celebrate the life of Freddie.’ And every single person in that arena, including the band, did exactly that.” Music In Sight

"It was a night with everything. GO you will live for it!’ - Boy George

“From the inventive set through to the stunning laser light show and the band that flowed like a well-oiled machine, this was nothing less than a licence to entertain. No doubt Mercury is looking down with pride at what his old bandmates are up to.” The Music.com.au

“This is a show no music fan should miss, a truly remarkable performance and amazing production…blew my mind.” Wall Of Sounds Au

“The concert elevated beyond mere tribute to a stellar rock show packed with not only songs which remain potent and indelible in the contemporary songbook to a masterclass in design, lighting and supreme musicianship.” News Limited

"They did rock you! Adam Lambert gives a high-energy performance fronting Queen as the iconic band kick off their Australian tour in Sydney"  Daily Mail

"All in all they just got better over the past few years together. The entire concert met – if not exceeded – my expectations, and the audience agreed. “They will rock you…, you’ve been warned!” Eventfinda.co.nz

“unique, special and unforgettable...there were no stops on this bicycle ride which conjured up feelings of exhilaration, nostalgia, elation and a healthy pinch or two of melancholy." 13th Floor.co.nz

“Saturday night’s Auckland show would have made him (Freddie) proud.”  Stuff.co.nz

"Adam isn’t the new Freddie, their talents are too individual, but I am sure Mr. Mercury would have approved. The crowd certainly did.” Libel.co.nz

“...equal parts hypnotising and sheer magic...Queen will indeed rock you and they will rock you hard.” Ambient Light