The Lastest News from Queen
Home News Watch: Queen The Greatest: A Night At The Odeon (Episode 8) 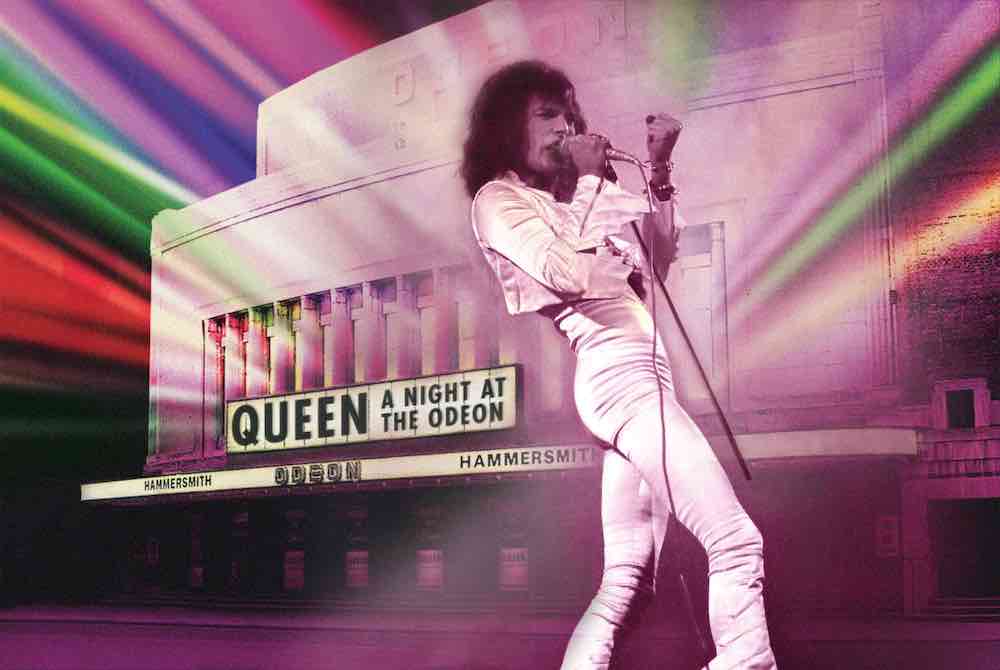 Watch: Queen The Greatest: A Night At The Odeon (Episode 8)

“Queen The Greatest”: a celebration of 50 of the greatest moments from the Queen story so far. A 50-week YouTube series celebrating key moments in Queen’s history reminding us why Queen and their music continue to be loved across the world. Episode 8: A Night At The Opera

"I remember being quite worried about it!" Roger Taylor

A look back at Christmas Eve, 1975, as Queen prepare to perform a live concert for the first time in front of a TV and Radio audience of millions. Includes rare audio and images from the sound-check.

To celebrate the most successful year in their career to date, Queen returned to play an extra show. at London’s Hammersmith Odeon on Christmas
Eve 1975.

The Hammersmith Odeon was a prestigious venue the band had been eager to claim as their own having experienced it as the support act for Mott The Hoople in 1973. The band had already played four shows at the venue in late November/early December as part of a sold-out 25-date UK tour.

At the same time, “Bohemian Rhapsody” was on a record nine-week run at the top of the UK singles chart.

This milestone A Night At The Odeon show would provide Queen with its biggest audience to date. To be televised live on the UK’s BBC TV’s Old Grey Whistle Test and broadcast simultaneously on the national Radio 1, the show would take the band into millions of homes across the nation, crowning Queen as the biggest rock band in the UK.

But despite all the preparations, there were some things beyond their control that meant the band wasn’t taking it for granted that it was something they’d be able to pull off.

Roger Taylor: “It was quite difficult. You’re just starting to wind down and then actually, you’ve got to go back and do this one, all-important show. It was a big deal in the fact that it was going out live on Christmas Eve…I remember thinking ‘ah, will we have lost our momentum and that sort of kick-ass stuff that you’ve developed on a tour, and I do remember being quite, sort of, worried about it.”

But as rare audio from the soundcheck proves, the band was in top form and worked hard to make sure this wouldn’t be a night to forget for their audience.

Despite their reservations, the show was flawless, and A Night At The Odeon continues to be regarded as one of Queen’s best performances - treasured because it also represents the first filmed live performance of Bohemian Rhapsody.

And as can be seen from a Brian May moment in the concert – being able to end such an eventful and significant year on such a high, meant the world to the band.

Brian May: “You know we’ve taken our show around the world, but we’ve never got to so many people all at once, and this felt really good. Thanks a lot for giving us a good year, we’d like to leave you in the Lap of The Gods.”

Footnote: The original multi-track tapes of the show were subsequently believed to be lost, before being recovered in 2009 and restored by Queen sound engineers Justin Shirley-Smith, Kris Fredriksson, and Joshua Macrae. The re-mastered and restored show was shown at a special screening on 8 October 2015 at Olympic Studios in London where some of A Night at the Opera had been recorded.