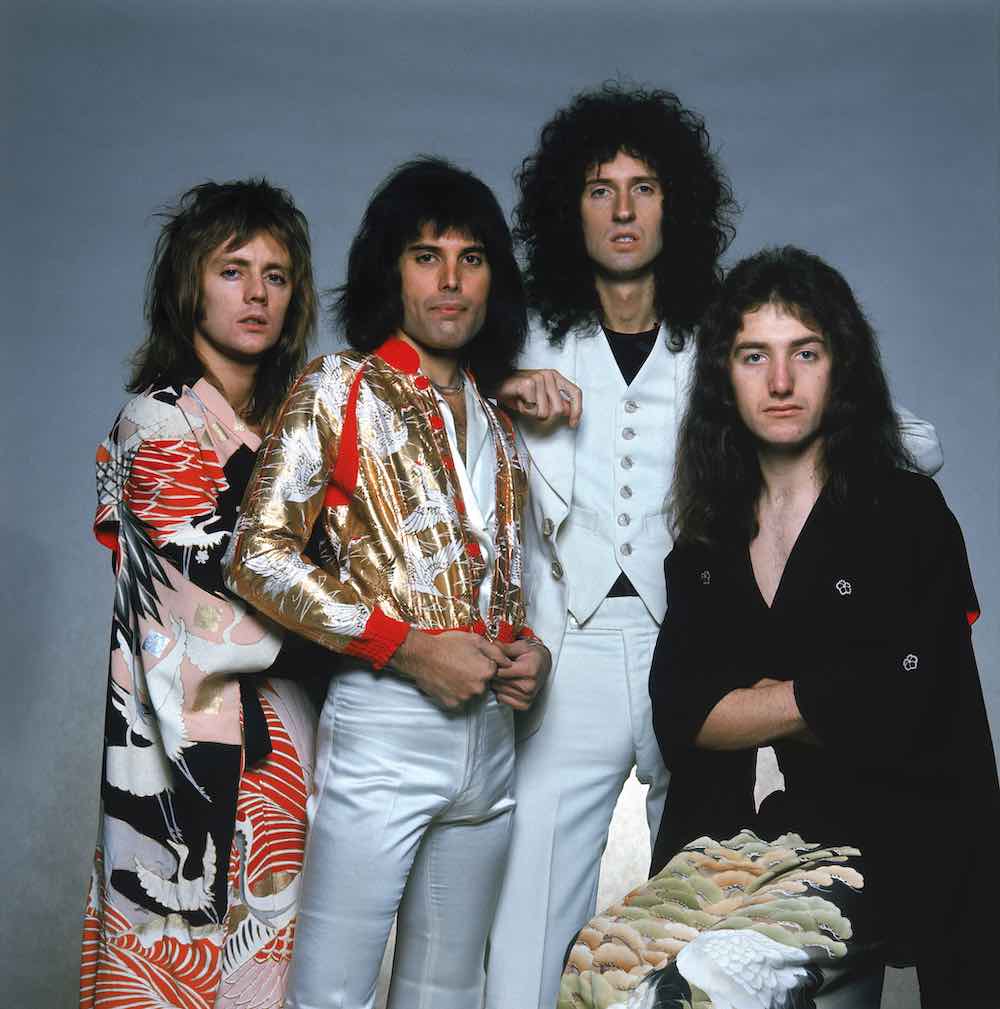 A look at Queen's long-lasting relationship with Japan which started when the band were overwhelmed by the extraordinary welcome at the airport when they arrived for their first tour in 1975.

“Queen The Greatest”, which celebrates some of Queen’s most memorable songs, performances and achievements this week takes a look at the extraordinary story of Queen in Japan.

In the early years, Queen understandably worked hard to make headway in the UK and USA markets.  However, there was another country that had already started to take the band to their hearts, signalling the beginning of a deep bond that endures to this very day.

As early as 1974, in Japan, Music Life Magazine had started to feature pictures of the band and report on their albums.  The style of music and stage show struck an immediate chord, and so in April 1975, Queen embarked on an eight-night tour of Japan.  Their very first concert on Japanese soil would be at the world famous Nippon Budokan in Tokyo, an arena dedicated to martial arts and concerts, and it’s fair to say the band had no idea what was in store for them…

Roger Taylor: “We knew there was sort of demand for us there and so we tagged it on to the end of an American tour.  We had a holiday in Hawaii and then it was, sort of, logical, so we went there.  We arrived at the airport and suddenly realised it was on a scale different to that which we’d imagined - there were thousands of people there, just to welcome us.  Normally you just don’t get that sort of thing anywhere.”

Kaz Utsunomiya:  “I don’t think anyone really guessed that three thousand people would turn up at the airport. Anyone who turned up at the airport would think that this is like, the second coming of the Beatles.”

Kaz explains how the Japan Queen phenomenon had its beginnings:

“In those days the rock group band was mainly supported by the male audience, but then the fact that Music Life (magazine) put in Queen pictures opened up a whole new world with female fans, and caught Japanese fans in both genders, male and female.”

This first encounter marked the beginning of a deep bond between Queen and Japan, with each leaving a lasting impression on the other.  So much so, it inspired Brian May to write a song as a special tribute to their Japanese audience with the song Teo Torriatte, featured  on the band’s 1976 A Day At The Races album containing two choruses sung in Japanese.

Kaz Utsunomiya:  “They never expected the band to come up with a song like Teo Torriatte, which is mainly for the Japanese market. The band has different songs for all over the world, but I think Teo Torriatte you can only listen to them doing that in Japan.”

Queen would regularly tour Japan right up until 1985, but as Kaz explains, the band always embraced a unique approach to where they performed.

Kaz Utsunomiya: “In the early days we toured different cities all over Japan.  So we’d go to Sapporo in Hokkaido which is in the northern part of Japan, and we would go to Sendai in southern part and it was really interesting because not that many bands used to tour all round Japan.”

The next “Queen The Greatest”, will continue the celebration of Queen in Japan, and the album release that ensured this mutual appreciation continues to this very day.