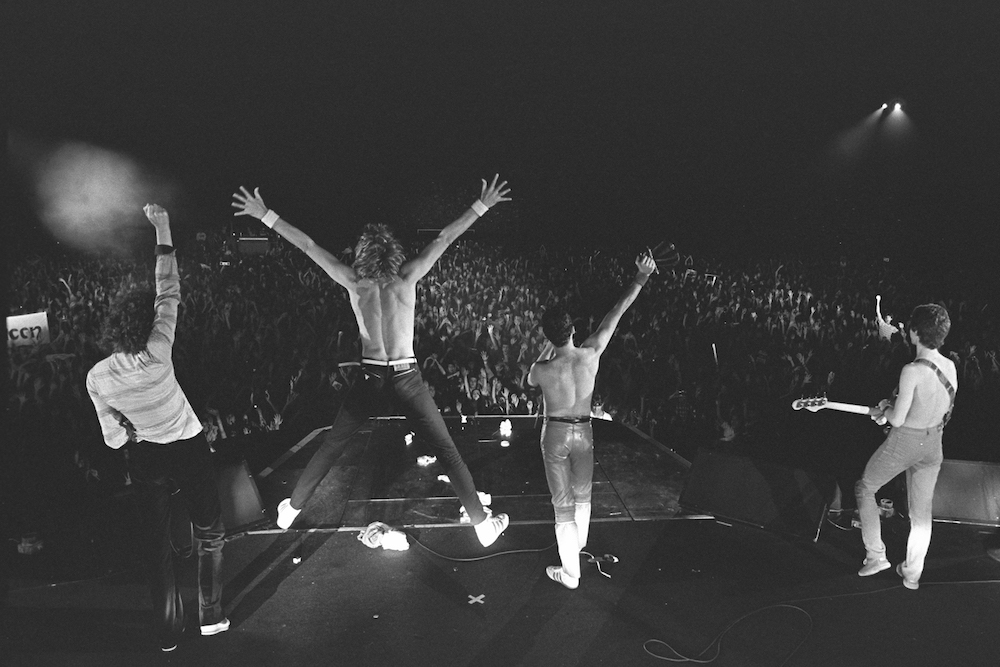 “Queen The Greatest”: a celebration of 50 of the greatest moments from the Queen story so far. A 50-week YouTube series celebrating key moments in Queen’s history reminding us why Queen and their music continue to beloved across the world.

“Hmm, this is, this is going to take some balls to walk out there.” Roger Taylor

Off the back of their tremendous success in North America, Queen are invited to venture into new territory and tour South America. It turns out to be one of their biggest challenges yet - but the response from the vast, enthusiastic crowds is beyond anything they could have imagined.

Freddie Mercury once quipped: “They wouldn’t let us into Russia; they thought we’d corrupt the youth or something…so we went to Latin America. We wanted to play where rock music had never been played before.”

This week’s Queen The Greatest heads back to 1981 and one of the biggest, most groundbreaking tours in Queen’s live history: the time they rocked South America, and in doing so forged an enduring bond between the band and an audience that
remains one of its most loyal.

Brian May: “South America reared its head, and we heard rumours that we were the biggest thing ever in Argentina and Brazil, and they started to ask us to go down there. And they were saying, ‘you can play football stadiums down there’ and we went ‘oh, you’re joking.”

Manager Jim Beach: “In those days, under the dictatorship in Argentina, we were negotiating with the Army General, and he said to me ‘how can I possibly allow 50,000 young people into a stadium when I can’t control them. What happens if somebody suddenly shouts out “Viva Peron” in the middle of a Queen concert, and I have a riot on my hands?

“And I tried to explain to him that, rather like Gladiatorial matches in Rome, this was panacea to the people. They never ever had this before, this would be an extraordinary experience.’

Brian May: “So, we got the whole thing together and it was God knows how many jumbo jets full of equipment.”

Roger Taylor: “The travel arrangements were very scary, with, you know, driving the wrong way along a raised motorway with outriders, with guys in big jeeps waving their big guns and getting the cars coming straight towards them to pull over.”

Freddie was rather more casual about the experience:

Interviewer: “Fred, how do you feel playing and singing before 200,000 people?”

Freddie Mercury: “Haven’t done it yet.”

Roger Taylor: “I can remember being nervous the first night, the top tier alone took 80,000, and we were in this sort of dugout which, I guess, the football teams would normally be in. All the windows were broken and I remember thinking “hmm, this is, this is going to take some balls to walk out there.”

John Deacon: “All the shows done in Argentina were all at football stadiums, and they were very worried about the pitch getting damaged because it’s their sort of hallowed ground, the football turf. And we came up with this idea, covering it with plastic grass, and they agreed to it because that was something we really wanted was to have a lot of people on the pitch.

“We set the stage up down one end. They were quite happy to have people in the stands, but we insisted that we must have people on the pitch as well to give a good atmosphere for the show.”

“Oh it was marvelous, it was the closest really to ever actually going to a football match, it was that sort of reaction. They were tremendously enthusiastic, I mean they were quite ecstatic, and they were singing along in English as well, and doing ‘woh, woh, woh, woh’, all the chants and everything.”

Despite the early nervousness, and the huge logistical undertaking, this first South American tour was a massive success and left a lasting impression on the band and its audience.

Queen would return in 1985 for one of their most memorable performances ever – but that’s a story for another episode of Queen The Greatest.