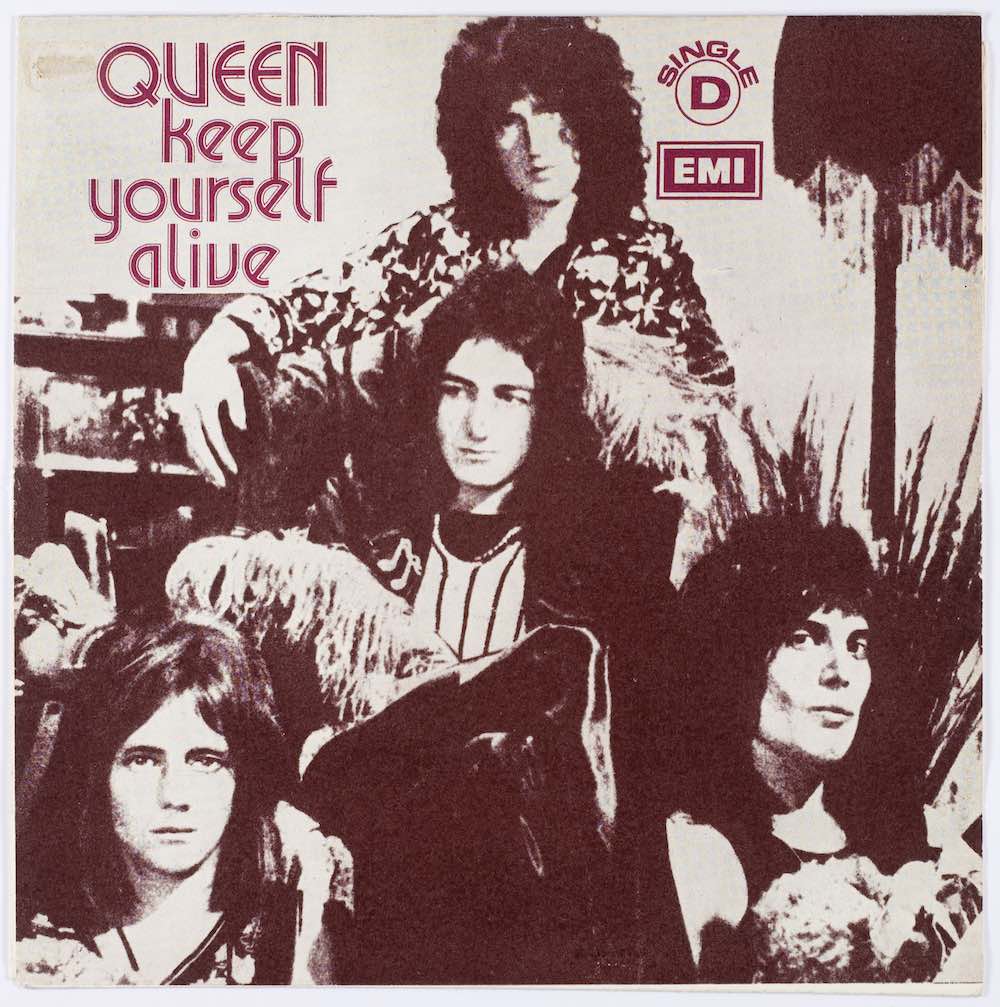 Queen The Greatest – a celebration of 50 of the greatest songs, performances, and achievements from the Queen story so far. To start the journey we revisit the song that started it all, "Keep Yourself Alive".

Welcome to ”Queen – The Greatest” – a celebration of 50 of the greatest moments from the Queen story so far which begins here and will continue to bring you to one of the greatest stories ever told over the coming year.

With five decades to explore, the series of weekly insights will highlight some of the biggest songs, most memorable performances, and incredible record-breaking achievements that Queen have brought us since it all began in 1971.

And where better to begin our journey than with the song that started it all off – “Keep Yourself Alive”.

“Keep Yourself Alive” was one of the earliest songs ever recorded by the band, part of the first demo they put together in December 1971, it ultimately became the first track on the first side of their first album – Queen.

The song was written and composed by Brian May who says:  “I wasn’t very sure that I was a songwriter, really, I just sort of had this idea, and strangely enough the lyrics for “Keep Yourself Alive” are meant to be kind of a comment, they’re meant to be slightly ironical. Everyone always did think that ‘Keep Yourself Alive’ was just a jolly song about how great it is to be alive, but it’s actually more about asking the question ‘is there more to life than this?’ in a sense.”

As a striking and confident opener,  "Keep Yourself Alive" was finally released as the band’s first-ever single in July 1973.  To accompany the release, their management company arranged for a promo video to be shot. However, the stark white set and costumes were in complete contrast to how the band wanted the song to be portrayed. So Queen insisted that this alternative version we are so familiar with today be filmed.

From the earliest days of Queen when Freddie Mercury first took to the stage with Brian and Roger in 1970, “Keep Yourself Alive” was a constant on their setlist.  It continues to remain a firm concert favourite. And as the perfect showcase for the band’s individual and collective talents, it’s easy to see why it was such a crowd-pleaser, and regular feature as the Queen shows got bigger and bigger…

Subscribe to The Official Queen You Tube Channel @ www.youtube.com/queen