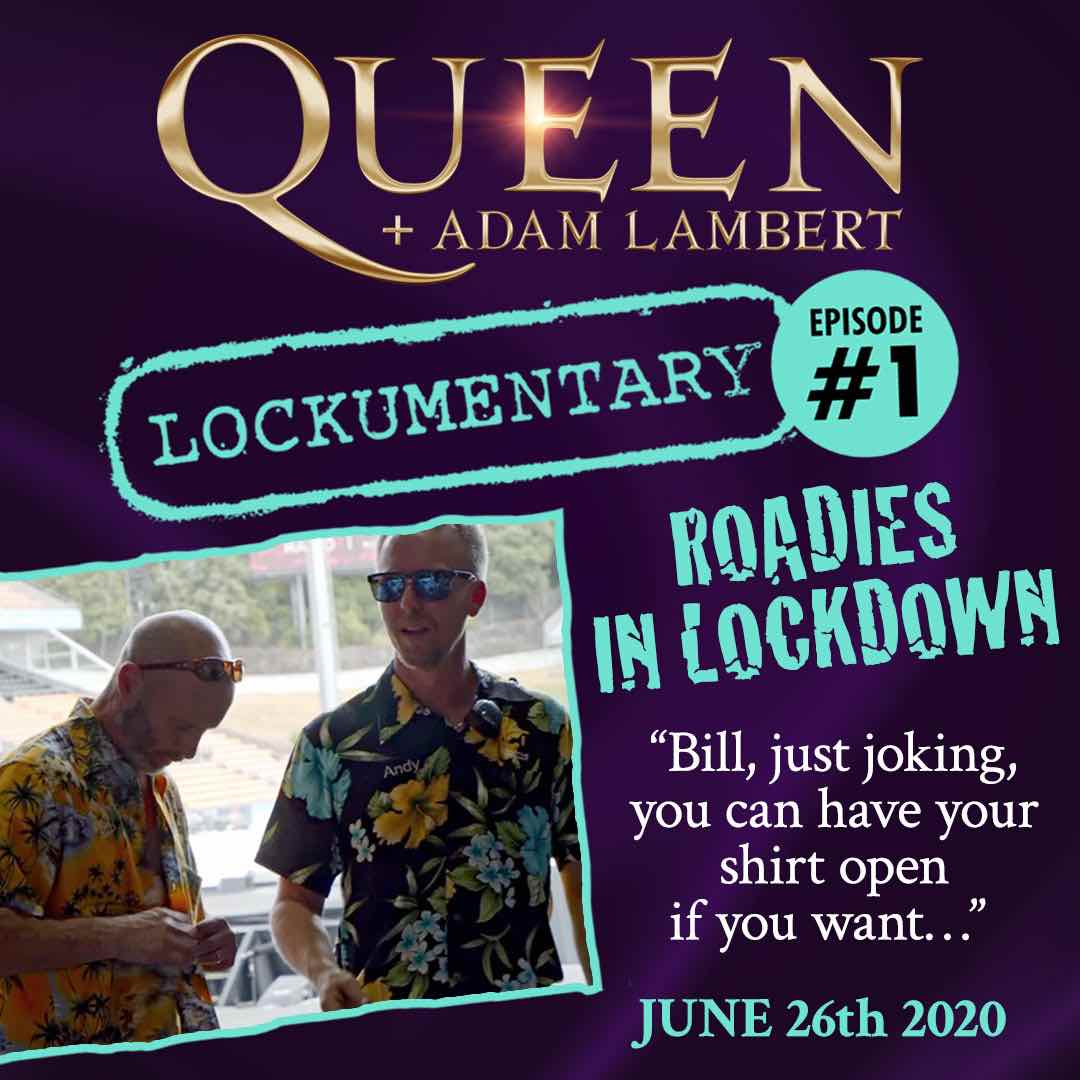 Tour Video Director, Steve Price has worked with Queen + Adam Lambert since 2014 and at this time should be manning the controls behind the stage as he directs all the video elements of the show for the band on their sold-out European summer tour. However, as we all know, the band and crew are currently off the road, so to keep him in the groove we set him the task of creating a ‘lockumentary' focusing on what it is like being part of the ‘Rhapsody Road Crew’...

This exclusive series, only available on Queen’s Official channel, explores the roles of various crew members on the road and behind the scenes with one of the world’s most successful touring acts. Enjoy a VIP AAA pass and get to see at close quarters the backstage and front of house complexities, magic and hard work that goes into putting on these huge productions that are a Queen + Adam Lambert live show. They explain what they do to make the shows happen. Look out also for a few well-known faces and cameo appearances along the way.

The backstage footage has been shot at different venues across the globe, however, due to the recent pandemic, the interviews with the crew have taken place at home during the lockdown and further demonstrates the effect the shutdown has had on the live music business, not just for musicians and fans, but the often unseen and unsung heroes that make up the touring crew.

Setting out to highlight their individual and collaborative skills, it soon becomes obvious one thing clearly binds them together – a sense of humour.

Episode 1: Queen + Adam Lambert - Roadies in Lockdown: “You can have your shirt open if you want...”

In this first episode, we meet from his kitchen as well as from backstage and on stage Andy Bews, Stage Show Manager, whose role in the Queen + Adam Lambert touring production crew involves a myriad of different elements. Andy gives an insight into what his job involves and we also have the very rare opportunity to see the band close up in soundchecks in Australia, South Korea, and Japan.  He also gives insight into crew attire which appears to favour Hawaiian shirts (only on a Friday … which is called Hawaiian Shirt Friday on tour), but there are limits to taking a casual approach.