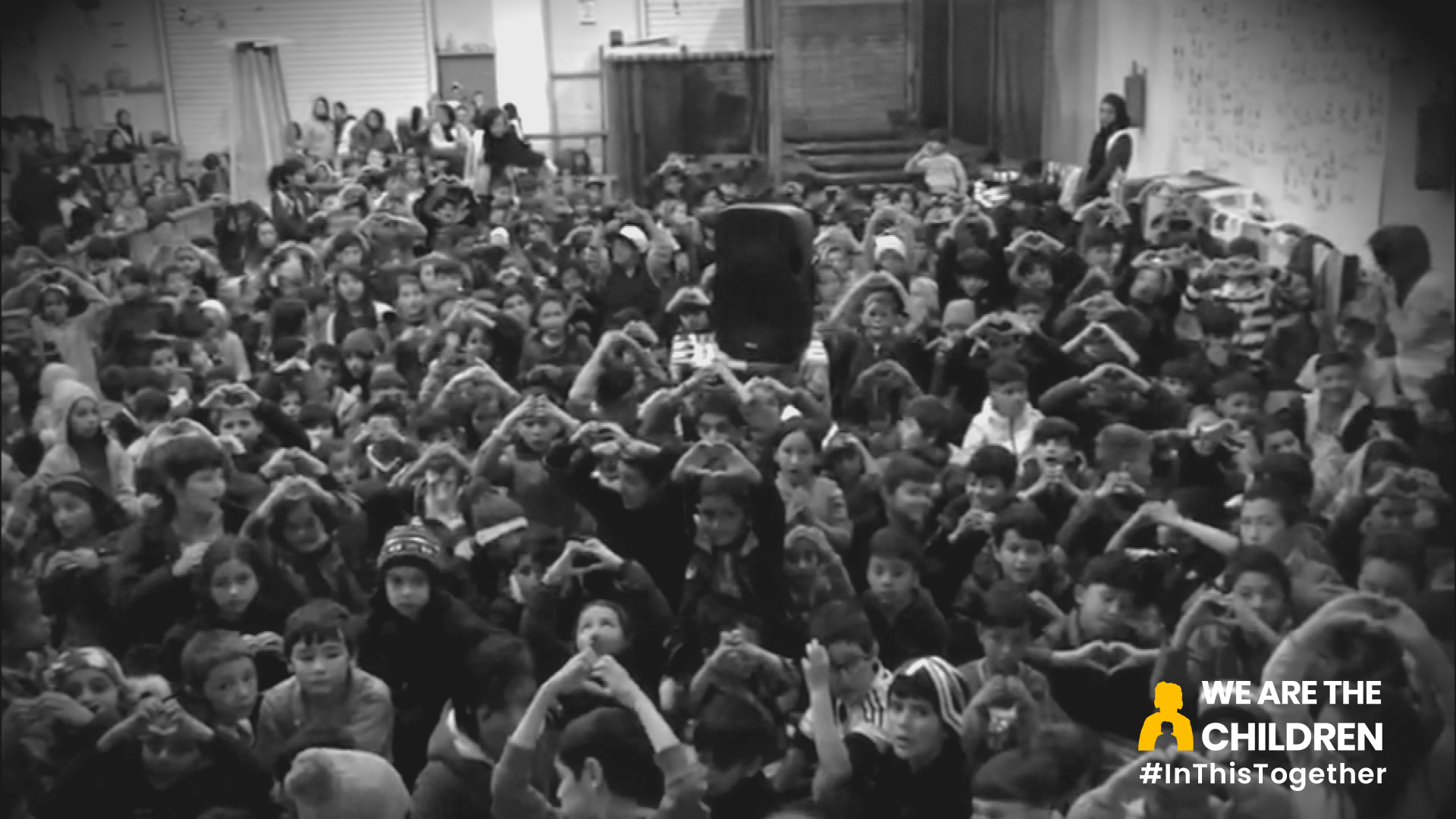 Today We Are The Children released a lip-sync music video for the classic Queen song “Is This The World We Created...?” which Brian May and Freddie Mercury wrote in 1984.

Over 1,000 unaccompanied children are currently stuck in Greek refugee camps. Last month we asked the public to record themselves lip-syncing to the Queen classic, to help us raise awareness about their situation. Hundreds of videos were submitted. The final video features over 700 participants from 50+ countries. We premiered the video at the European Parliament during a high-level event on 20 March which was hosted by Italian MEP Brando Benifei.

We also teamed up with video platform TikTok. Starting today, TikTok will run a Hashtag Challenge asking their users to create even more videos under the Hashtag #InThisTogether, to show their solidarity with the refugee children.

We Are The Children

The #WeAreTheChildren campaign was founded by German/British filmmakers & activists Danielle Turkov Wilson, Uwe Praetel and Grigorij Richters. In November 2018, Grigorij Richters, walked from Paris to Berlin undertaking One Million Steps to raise awareness about 1,000 children who are currently stuck in Greek refugee camps. Four German mayors agreed to take in the children but the German government hasn’t acted yet. The campaigners hope to put pressure on EU leaders by raising public awareness. Turkov Wilson and Praetel supported Richters during his march and after realising that the German government wouldn’t act, the trio decided to launch #WeAreTheChildren.

TikTok is the world's leading destination for short-form mobile videos. Our mission is to capture and present the world's creativity, knowledge, and moments that matter in everyday life. TikTok empowers everyone to be a creator directly from their smartphones and is committed to building a community by encouraging users to share their passion and creative expression through their videos. TikTok has offices in Beijing, Berlin, Jakarta, London, Los Angeles, Moscow, Mumbai, Sao Paulo, Seoul, Shanghai, Singapore, and Tokyo. In 2018, TikTok was one of the most downloaded apps in the world. TikTok is available worldwide for iOS and Android.