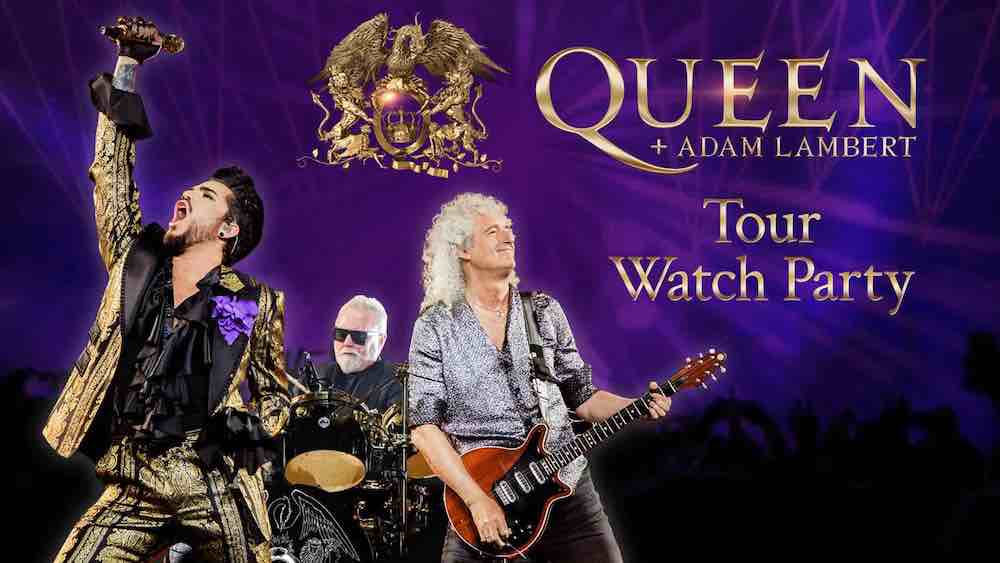 We hope you enjoyed it!

Forced by the coronavirus outbreak to postpone their much anticipated ‘Rhapsody‘ European summer tour which this Sunday, June 21, would have seen the band end it’s run of 14 UK arena shows at London’s The 02 having also played Manchester and Birmingham, Queen + Adam Lambert are out to prove that even in these lockdown times the show can still go on.

While appreciating that it won’t be the same as seeing them perform live, the band instead are providing an all-access pass to a specially compiled show of highlights from previous tours on the day that they would have played their final O2 London concert by tying up with YouTube for a special Queen + Adam Lambert Tour Watch Party, this Sunday, June 21st at 8:00 PM BST @ www.youtube.com/queen

This never before seen hour-long show will feature standout live band performances of many of the best known and loved songs from the Queen catalogue - plus rarities such as ‘Love Kills’ and ‘I Was Born To Love You’ - performed together at the Rock in Rio festivals in Lisbon and Rio de Janeiro; the Global Citizen Festival in New York; Fire Fight Australia; Japan’s Summer Sonic Festival; the UK’s iconic Isle of Wight Festival; an exclusive iHeart Radio performance in Los Angeles, … and not to forget from Dallas, Texas, the much sought out “Fat Bottomed Girls” performed with the Dallas Cowboys Cheerleaders.

So whilst for now a seat at The O2 is not an option, Queen + Adam Lambert are out to show that they can still rock you.

Queen + Adam Lambert are no strangers to YouTube with 12.4 million subscribers following them on the platform and “Bohemian Rhapsody” is part of the exclusive YouTube Billion View Club, the first 1970s video (and pre-1990s video) to reach 1 billion views on the platform. Queen + Adam Lambert’s lockdown version of “You Are the Champions," all the proceeds of which are going towards the Covid-19 Solidarity Response Fund for The World Health Organisation, has already been viewed close to 4 million times in its first month on YouTube