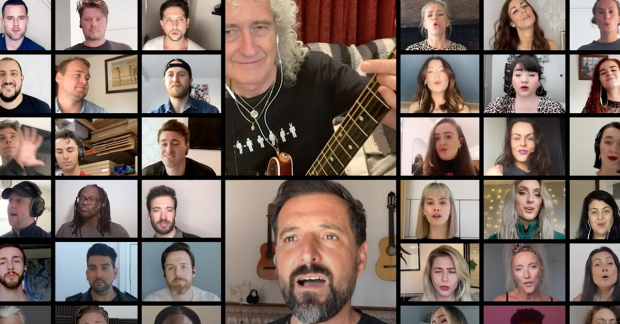 Cast members past and present from We Will Rock You have joined together to sing Bohemian Rhapsody that features Brian!

Created by Sabrina Aloueche (Scaramouche in London) and Alex Bourne (Khashoggi in London), the video began as a small project (with Aloueche recruiting performers and Bourne mixing and editing the video) that grew to feature over 50 cast members, creatives and musicians.

Aloueche said: "Together, and with the help of a few friends, a three-week project has resulted in a beautiful statement that music, whether live or recorded or in isolation, really does bring a community together! Because of this they'd like to shine a light and raise some awareness for a wonderful charity whose incredible work has helped many individual actors in this industry especially during these tough and uncertain times: Acting For Others."