The Lastest News from We Will Rock You Musical
WWRY WWRY News Tickets On Sale Now! 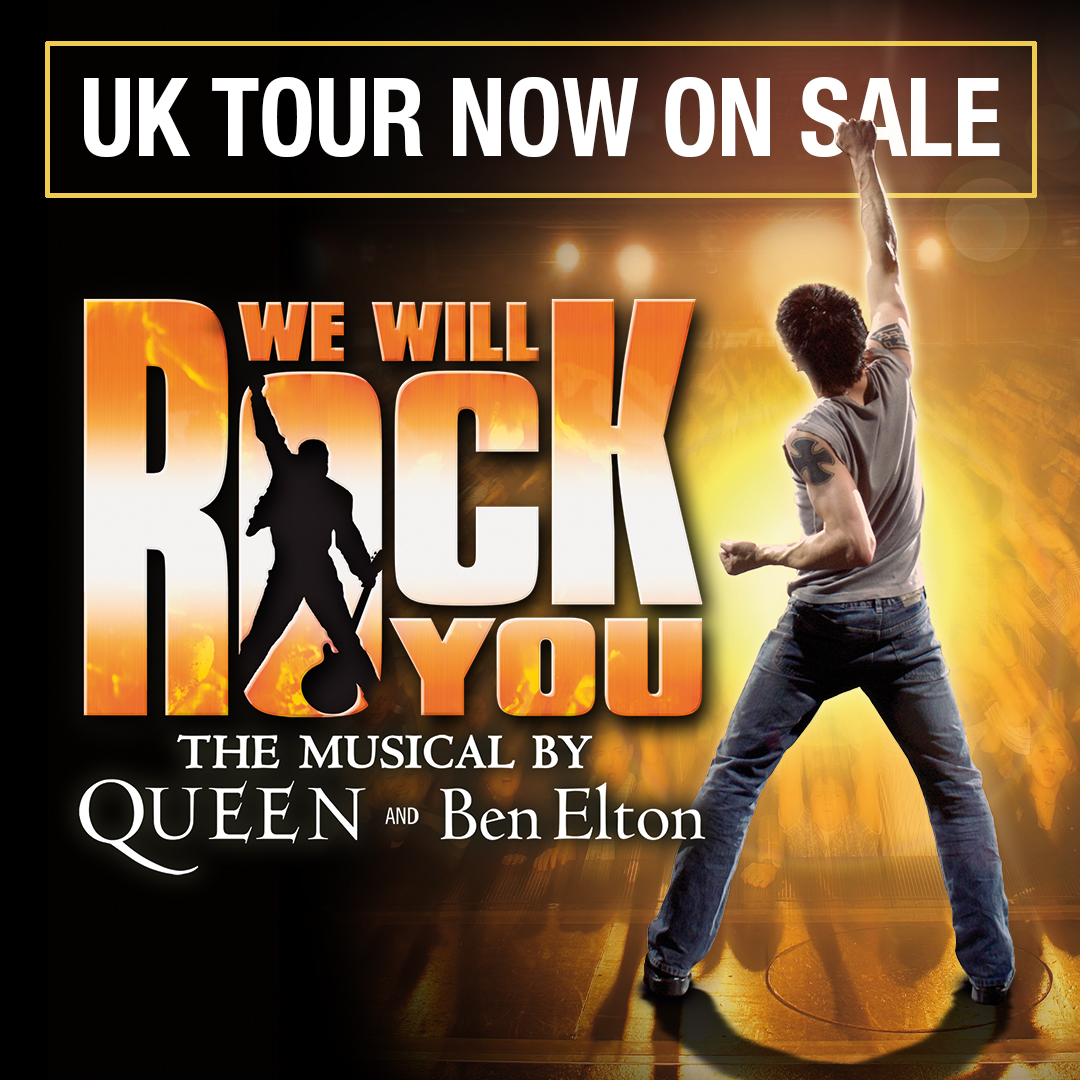 Following the triumphant 2010 and 2011 UK theatre tours and 2013 10th anniversary world arena tour, the smash hit Queen and Ben Elton musical, ‘We Will Rock You’ announces the show has been reimagined for 2019 and will embark on a brand new UK & Ireland tour, kicking off in September next year. Tickets are on sale now.*

With 24 of Queen’s biggest hits and Ben Elton’s hilarious futuristic comedy writing combined, comes a show that boasts the scale and spectacle that marked the band’s legendary live performances. This global phenomenon will continue to be one of the most spectacular musicals to tour the United Kingdom & Ireland.

The announcement of the We Will Rock You UK & Ireland tour follows hot on the heels of the release of the hugely anticipated Queen biopic ‘Bohemian Rhapsody’. The smash hit film, celebrating the career of one of the greatest ever rock bands has wowed Queen fans all around the world, opening at the number one box office position in over 30 countries.

Since 2002 over 15 million theatregoers in 17 countries have been thrilled by We Will Rock You’s awe-inspiring production showcasing a number of Queen’s finest hits, including We Are The Champions, Radio Ga Ga, I Want To Break Free, Somebody To Love, Killer Queen, Don’t Stop Me Now, Under Pressure, Bohemian Rhapsody, Another One Bites The Dust and, of course, We Will Rock You. Before closing its glorious 12 year run at London’s Dominion Theatre, the show was performed an astonishing 4600 times.

The touring production of We Will Rock You reaches theatres carrying with it an impressive legacy: when it first became news that one of Britain’s most phenomenally successful comedy writers Ben Elton was teaming up with legends of rock, Queen, for a musical there was much speculation on what such a unique collaboration would turn out. So impressed after attending the original workshop, screen icon Robert De Niro and his company Tribeca came on board as American partners. De Niro continues to support the show, even making a special visit to London in 2013 to help celebrate the 10th anniversary in style. The audience erupted with thunderous applause, as he joined the cast on stage after the landmark performance.

“One of the best shows I’ve seen in yonks. An evening of sheer entertainment and enjoyment Daily Mirror

We Will Rock You UK Tour Dates - Tickets On Sale Now @ www.wewillrockyou.com