The Lastest Features from Queen
Home Features A Smile Wrapped in Plastic: The Story of My American Mystery - Fan Feature by Devyn Grassia 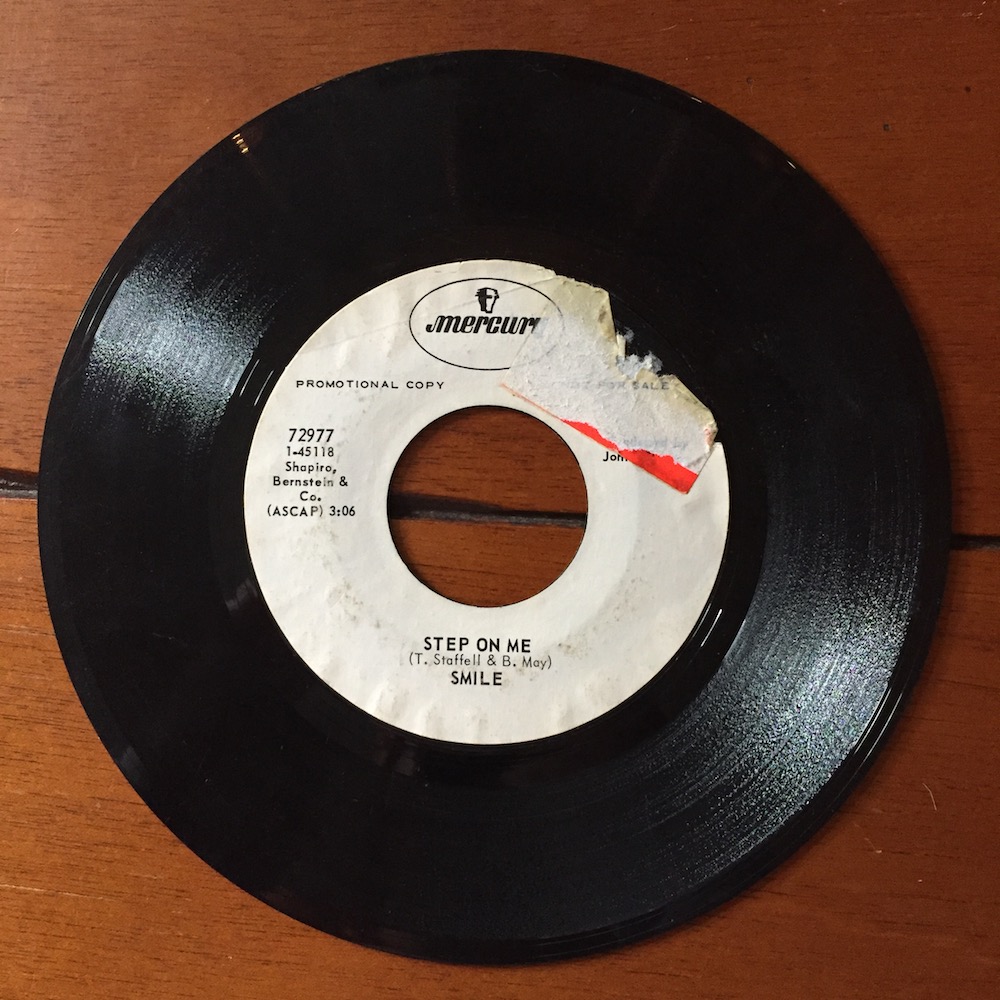 A Smile Wrapped in Plastic: The Story of My American Mystery - Fan Feature by Devyn Grassia

Discovering Queen was an experience like no other. Of course I grew up listening to the radio with my mom and have probably heard “We Will Rock You” or “We Are the Champions” dozens of times among many other classics, but those were the first two I decided to download to my iPod simply because my goal was to reach 100 songs and I knew those two. That day led me to “Radio Ga Ga” and I guess you can say the rest is history. I downloaded my dad’s Greatest Hits box set and made sure I knew the lyrics to at least half of the songs before asking him to download their entire discography for me. Boy, was my iPod in for a treat!

Among my first few years diving into the history of Queen, I made it a habit to check my grandparents’ basement with every trip we made over there. My dad had relayed information to me that he owned A Night at the Opera and if I could find it in the boxes of vinyl in the basement, it was mine. Needless to say… I found it. I even found The Game down there!

That’s all that my dad had had (which makes sense because those are the only two albums I can think of with reliable notoriety in America) so I knew I still had a long journey ahead of me with finding the other albums. I was so tremendously excited about my new collection beginning to form that I didn’t really care about what else my dad was showing me in his old collection. And I was still new to the whole ‘discovering music’ mentality, so I didn’t realize what I was turning down at the time. Once we finished up with the boxes in the basement my dad thought to look in the garage in case some of the records were stored in there. I graciously followed my dad to a larger pile of boxes and stumbled upon a black, plastic bag filled with 45rpm records. I reached my hand into the bag and pulled out a small record with a white Mercury label.

I looked at the small record and felt like something was oddly familiar about this particular find. I studied the side that read “Earth” in small, crisp lettering but could not figure out what it was that I was missing. Then I flipped it over… “Step On Me” written by T. Staffell and B. May. (Oh, what could the B have possibly stood for?) The emotions running through me in those few moments were so profound that all I could muster up was a loud “Dad!” that echoed in the garage between the two of us. Quite the statement of discovery if I do say so myself.

I showed my dad the record, explained what a treasure it was and as most dads do, he replied with a swift nod and a short “Cool” before telling me it was time to leave. I had basically found the Holy Grail of Queen’s beginnings and that’s all I get? Thanks, dad. The night ensues with a retelling of the past hour’s events to my mom once we were back home. She showed a little more enthusiasm, which was much appreciated.

But wait, what was it doing here in Philadelphia?

Nearly 12 years later, I decided to try to figure that out. Based on the information I already knew about Smile’s time together, I knew that they performed a lot of smaller gigs and gained traction among the college crowds in late 1960s London. They consisted of three members: Brian May on guitar, Tim Staffell on bass, and Roger Meddows-Taylor on the drums. They had a mixed sound that flowed well and the beginnings to what could have been a successful band. Granted that last fact I made up myself from listening to the record, but I believe it can be applied to their short timeline as a trio, too.

Mercury Records had come across a recording of Smile’s music and invited them to record one single to be released in America. They recorded three songs during their first session, “Earth”, “Step On Me”, and “Doin’ All Right”. Only the first two songs had made it onto the pressing, but neither had made a dent in the American market. This was interesting to learn as I looked back at my own copy. I took a second look at the white, Mercury label and remembered that it had the phrase “promotional copy” marked at the top. In my years of research and record shopping, I came to believe that “promotional copy” meant that that specific piece of music was used for promotion whether it be on radio stations or in music stores across the globe. If “Earth”/”Step On Me” only reached the promotional state of its release, how well did it actually do? What was its reception if there was any?

I can’t find any information on this topic… I’ve hit a proverbial wall in my online search and it can be said that my smile had faded. I checked and double-checked the music charts from the time, then compared with the charts specific to Philadelphia with no luck. Was Philadelphia an intended target for promotion of the single?

Then I remembered that this record came out in 1969 and it probably belonged to my dad’s older brother at the time. I reached out to him to see if he remembered ever owning it and if he could give me some insight on music shopping back then. Maybe it was given out due to its poor reception?

Unfortunately for me, he had no memory of this record. Back to square one.

Where do I go from here? The wall I had hit earlier on had now become made of steel and virtually impossible to pass. Had Smile’s only release suffered the same fate as other bands I may never know about? Bands whom without at least one successful member post-failed beginnings went on to create a larger than life image? Okay, that one’s a little specific to this particular occurrence, but if Brian May and Roger Taylor can experience such a fate just imagine how many other great musicians we are all missing out on.

I guess Smile’s American career will remain a mystery. Their story only acts as a prologue to what will soon become the reign of Queen. And although Queen had some rough times in the American market as well, we cannot forget the recording that stood a chance. The recording that started it all. The introduction!

I feel lucky to own this piece of history.