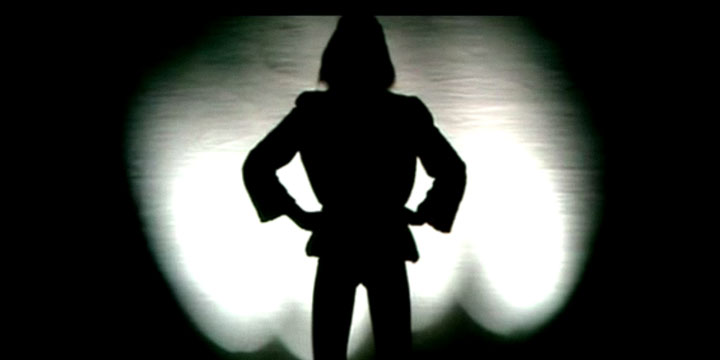 A Little Silhouetto Of Bohemian Rhapsody

"I'm going to shatter some illusions, it was just one of those pieces I wrote for the album.”

It’s a song that for many fans defines everything that is Queen. “Bohemian Rhapsody” was twice a No.1 UK hit, in 1975 and again in 1991. Analyses and interpretations of its lyrics fuel endless discussions, despite its author having stated he didn’t know what it was about. Freddie Mercury wrote much of the song at a time of professional turmoil, when Queen’s lawyers were battling their record company, Trident, for the band’s financial freedom.  As the summer of 1975 turned to autumn, Freddie, along with Brian May, John Deacon and Roger Taylor, knew this track was a risk to release as the lead single from their latest album, but they also knew that it was all or nothing, as the band had little to no money despite having hit singles under their belt and three albums on the shelves of record stores.

“We knew it was very risky, but we had so much confidence in that song - I did anyway. I felt, underneath it all, that if it was successful it would earn a lot of respect,” Freddie told Sounds magazine in 1976.

Looking at the history of “Bohemian Rhapsody’s” songwriting, the earliest allusion to it comes from Chris Smith, live keyboard player with the pre-Queen band Smile. Smith says in the documentary Days Of Our Lives that Freddie had a song he was working on in the years before Queen, which Smith heard and referred to as “The Cowboy Song.” This song contained the familiar melody and the passage “Mama, just killed a man.” That a song idea or lyrics of Mercury’s could span so many years before finding a proper home is not without precedent. For example, his song “Liar” off Queen’s debut album has a history where it evolved in part via an earlier numbers from his Ibex, Wreckage and Sour Milk Sea days titled “Lover” and “Green.” Also, at the same time as Freddie penned “Bohemian Rhapsody” for what would become their fourth studio album (A Night At The Opera), he had also written a song called “We Are The Champions,” which he would leave unused. That song wouldn’t surface again until 1977.

So, in August of 1975, in preparation for the album, Freddie brought in lyrics and notes for a song he’d been composing. Much has been said in interviews about how Freddie had “Bohemian Rhapsody” mapped out in his head and that it took shape in the studio, first in Rockfield, Wales, and later in various studios in London, England. In a 1984 interview, Mercury says he had three songs he combined to form this single epic. One of these three songs would seem to be “The Cowboy Song” Chris Smith described, as Roger Taylor has noted several times that he was immediately taken with the then-opening lyric “Mama, just killed a man.” During early recording sessions at Rockfield Studios, “Bohemian Rhapsody” did not yet have a proper name, so producer Roy Thomas Baker would slate the various takes with the working title “Fred’s Thing,” as heard in the BBC documentary The Story Of Bohemian Rhapsody. Brian says in the documentary The Bo Rhap Story (from the DVD Greatest Video Hits 1), that it wasn’t until part way through the Opera album sessions that Freddie decided on the name “Bohemian Rhapsody.”

“In its early stages I almost rejected it, but then it grew. We started deciding on a single about halfway through. There were a few contenders - we were thinking of ‘The Prophet’s Song’ at one point - but then ‘Bohemian Rhapsody’ seemed the one,” Freddie goes on to tell Sounds in 1976. John Deacon said in 1977 (Innerview), “When we finished the album, the Night At The Opera album, that was the track on it that we thought we were gonna release as a single.”

There was a problem, however: the song was nearly six minutes long, far longer than anyone involved believed radio stations would play. John goes on to say, “We did have thoughts about, even in England, perhaps editing it down, but we listened to it over and over again and there was no way we could edit it. We tried a few ideas, but if you edited it, you always lost some part of the song, so we had to leave it all in.”

Deacon himself did do an edit, as confirmed by Brian May in The Bo Rhap Story, which removed the “opera” section and “headbanging” heavy section, leaving only the ballad parts. In the end, the edit was shelved, but not before the band debated the issue. Meanwhile, unbeknownst to them, their new manager, John Reid (who, along with lawyer [and later manager] Jim Beach, had by now secured Queen’s release from their previous contract with Trident), had authorized the pressing of the unedited, complete version of the song, confident that the band would reach the decision that the only way the public should hear the song as recorded was unaltered. Reid had played the song for colleagues, including Elton John, all of who expressed disbelief that this was to be Queen’s next single.

An early supporter of the track was DJ Kenny Everett, who played the song multiple times on his radio show over a weekend prior to its official release (and famously against the instructions of the band not to play it). The endorsement worked, though, and upon the single’s release on October 31, 1975, it began to sell and chart. Queen was neck-deep in the studio finishing of A Night At The Opera, whose title came from the band viewing the Marx Brother’s film of the same name the recording sessions and realizing it fit thematically with what they were doing on the album.

In November, the album was completed, but a tour loomed and there was practically no time to rest. Rehearsals for the tour began immediately at Elstree Studios, Herfordshire, and lasted three and a half days. With their full lighting rig and effects set up in the studio to rehearse and knowing they couldn’t appear on the BBC program Top Of The Pops to promote “Bohemian Rhapsody” while on tour, it was decided to shoot a promotional clip for the song to fill the gap. So it was that Queen and the video crew, including director Bruce Gowers, created the now-famous promo video for the song. It was shot quickly and inexpensively, and immediately following the taping, the band boarded their tour bus to drive to Liverpool for the next day’s concert. A few days later in Cardiff, they would view the first cut of the video before it was sent out into the world.

The video would help carry the single to No. 1 on the charts by the end of 1975. The song would do so again in 1991, following Freddie Mercury’s death, when it was paired as a double A-side single with “These Are The Days Of Our Lives.” Come Christmas of 1975, Queen were bigger than they had ever been and on December 24th that year, Christmas Eve, the band played a concert at the Hammersmith Odeon, London, for the BBC program The Old Grey Whistle Test. This concert sees a commercial release by Queen on November 20th this year, marking its 40th anniversary.

Fans continue to debate the meaning behind the song and Freddie’s intentions with the lyrics. In that same 1984 interview noted previously, Freddie explicitly states that while people still ask him about it, he himself doesn’t know. Rumors that Roger Taylor knows the song’s secret have circulated and Brian May has said that he doesn’t know and wouldn’t tell even if he did (The Bo Rhap Story). All Roger would say (in The Story of Bohemian Rhapsody) is that the meaning is not that big a mystery, that it should be fairly obvious. That speculation persists demonstrates that even after 40 years, “Bohemian Rhapsody” continues to grip listeners and fire the imagination.

Patrick Lemieux is a Canadian artist and writer. He is co-author (with Adam Unger) of The Queen Chronology book, available at Amazon (http://tinyurl.com/phgjjaw), Barnes&Noble.com (http://tinyurl.com/p62gxvq) and Lulu.com (http://tinyurl.com/lbt9tzl). He has previously written articles for Queen Online and the Official International Queen Fan Club. His latest book is The Rush Chronology, now available, along side his previous books The Mike Oldfield Chronology and The Barenaked Ladies Chronology. He has published a collection of his artwork titled Play Of Light: The Art of Patrick Lemieux. You can follow him on Twitter @MadTheDJ and visit his blog:http://madthedj.wordpress.com/