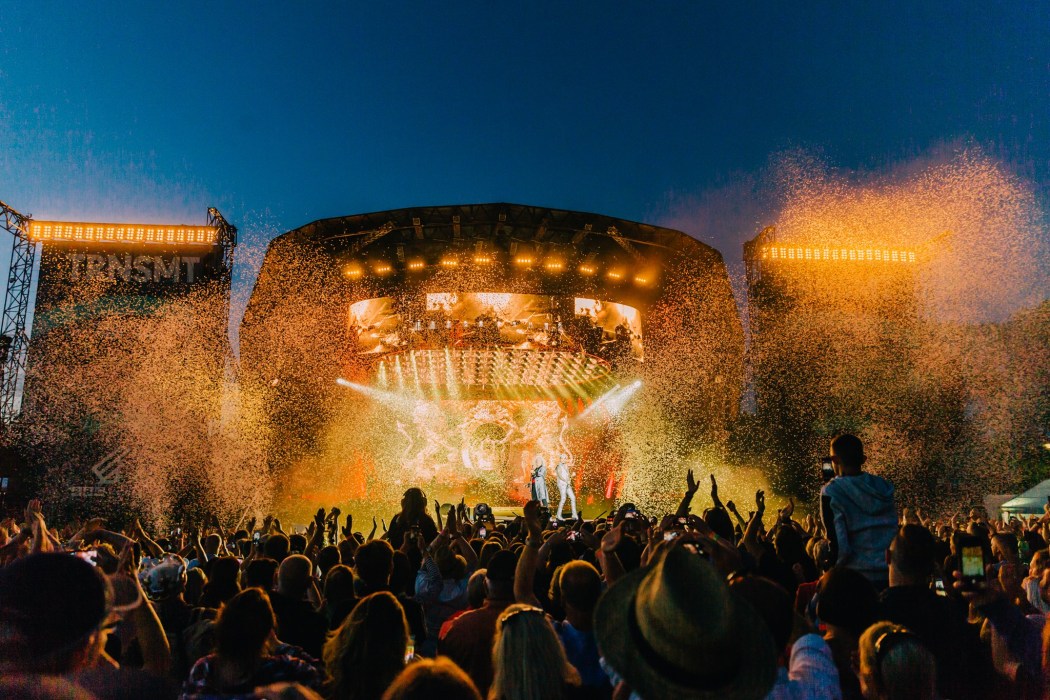 It's A Hard Life - Fan Feature by John McGowan

I am writing this reflecting upon the Queen + Adam Lambert show at the TRNSMT festival in Glasgow last year. What a show it was and what a fantastic day I’d had. It was everything I had hoped for and wanted in a Queen show (apart from Freddie and John.). Spectacular production, great songs delivered with skillful musicianship, precision, and showmanship. The audience singing their hearts out to every word of every song and a wonderful surprise in the form of a rendition of the Scottish ballad Loch Lomond and let's not forget Frank, my favourite robot from my favourite album sleeve. It was one of the best shows I have ever seen and to think I thought more than twice about going to see this particular incarnation of Queen. It got me thinking though if I could go back to anyone Queen tour and see a show which tour would it be?

I have been obsessed with Queen since the early 80’s. Not just with their music and amassing product as I started collecting rarities and box sets but also with the history of the band. Who were these people, what made them tick? Their ingenuity in the recording studio, where did the inspiration come from for certain songs. I have even sat with my wife watching University Challenge and answered questions where she has turned to me and asked ‘How the hell do you know that?’ She looks at me with incredulity when I relate it back to Queen through a kind of six degrees of separation!

I would have dearly, dearly loved to have seen Queen on one of their previous tours but it was not to be. I had a few chances to see them in the ’80s and for one reason or another, I missed them all. The first chance I had was for the Hot Space tour in ’82. I begged my Mother to take me to Ingliston show grounds just outside Edinburgh but was met with a flat refusal. She hadn’t a clue how we would get there and back from where we lived in Glasgow and £7.50 a ticket! ‘Nae chance son!’ I had to make to do with reading reviews in the music papers and they only whetted my appetite to see one of rock's, great live bands. I was lucky in that the Milton Keynes show of that tour was recorded and shown on the music TV show The Tube. I recorded it on Betamax video and watched it over and over and over and…well you get it. In the end, I wore the tape out I watched it so much. And then Queen took a two-year hiatus during which I became more and more obsessed with the band.

1984 arrived and we had moved from Glasgow to a small town in the southwest of Scotland and all of a sudden Queen were back. Back with a couple of terrific singles, a bloody good album, some killer videos and…a new tour. You think that obtaining concert tickets is difficult these days, constantly refreshing the webpage on the ticket vendors website one minute after the tickets have gone on sale, trying to get in before the touts? That's nothing compared to the angst of sending a stamp addressed envelope away with a postal order to a ticket office post box and then anxiously waiting weeks to see if you are successful or not. I applied for a ticket for the Birmingham NEC show and trembled in anticipation when the letter came back, the address in my spidery handwriting on the front of the envelope. Carefully I peeled the envelope open in case I tore the ticket inside and there it was. My postal order returned and a photocopied slip of paper that said ‘Sorry, this show is sold out!’

Devastated doesn’t cover it. Again I scoured every piece of info about the shows I could lay my hands on. Reviews, setlists, facts and figures, press clippings and photographs. The live video for Hammer to Fall further depressed me because the show looked so damn good and I missed it and why were there no shows in Scotland?

I promised myself ‘Next time. Definitely next time.’ The following year I watched in awe as Queen stole the show at Live Aid and then the year after the Magic tour was announced.

Again no Scottish dates, Newcastle was the closest but I was unemployed and broke at the time. Not a penny to my name. It was pointless even attempting to buy a ticket. Then there came the news that there would be a Knebworth show. I knew I would have a little cash by the time the show came around as it was close to my 18th Birthday. But how the hell would I get to Knebworth? How would I get a ticket? I played Sunday league football at the time and three of the lads were planning to go down and offered to take me with them.

"How are we getting there?" I asked.

"Hitchhiking." Was the gleeful answer. "Saves us some cash."

"Where are you getting the tickets from and when do you need my ticket money by?"

"We will sort the tickets out when we get there. No worries."

In my head, I saw this going pear shaped and I declined.

For your information, it did kind of go pear-shaped. They were arrested twice, once for hitchhiking on a motorway and once for an altercation in Soho (You don’t wanna know. Well maybe you do, but to protect the guilty I’ll say no more.) they enjoyed an incident-packed weekend. But…..They got into the show the jammy bastards and didn’t tire of telling me about it! Feeling sorry for me, they did bring me back a t-shirt as a souvenir.

If you read these fan features you are a Queen fan and know the band's history and know that Knebworth was Queen’s final show with Freddie and in years to come I would look back to this with a real sense of regret. I was thoroughly depressed but was cheered up somewhat at the time by the broadcast of the Wembley show, (recorded and watched over and over and over.) which is a fantastic show.

All was not lost, many years later I did get to see Queen + Paul Rodgers in Newcastle and if I am brutally honest I was a little underwhelmed. It was a good show, it really was and Mr. Rodgers is one of the finest vocalists around but Queen + Paul Rodgers was a different animal. It was somehow muted, less extravagant, less colourful. Perhaps the band had made a conscious decision for it to be that way? Perhaps they needed to try and be something different from before in the light of so much changing for them. But I wanted a Queen show to blow me away, to overwhelm my senses. This show, as good and as professional as it was, did not do that. I decided that I just had to accept I had missed the bus and made do with the excellent live recordings made available throughout the years.

Then along came Adam Lambert.

I was skeptical at first. I have to admit, I just didn’t fancy it. Then I read reviews and saw clips online. The odd show became tours, the tours got bigger and bigger, the production got bigger and nowhere could I find a negative word said about them. I had to see this for myself. Then the news broke that they were headlining one of the days at the TRMSMT festival in Glasgow. The stars aligned, there was magic in the air. It fell just right on my shift pattern, my wife got time off work, we got tickets. It was a beautiful day and it was one hell of a show. I had my doubts about Madam Glambert fronting Queen but they were soon dispelled. On the tube back from the show a couple of young lads saw my TRNSMT t-shirt and asked who I had been to see. "Queen." I said.

"Not Adam then?" One of them asked clearly irked by my response.

"I consider him part of Queen." I told him and this seemed to please him a great deal.

So what tour would I see Queen on if I could go back? The Works tour. Probably because it was of my time and that they had just bounced back from the Hot Space (An album I rather like actually.) setback proving wrong the critics who said the band were past it and had had their day. I love the production, the lights, the outfits, the Metropolis backdrop, and the giant whirring cogs. I like the setlists on that tour, I loved that Queen were back with some great new songs and for me were at their peak as a live band (Yes, I admit it is weird having an opinion on that seeing as I never saw them.). But I tell you what, Queen + Adam Lambert at TRNMT 2018 was by no means a poor substitute. One of the best rock shows I have ever seen.

John McGowan - John lives and works in Carlisle and according to his wife Rona, he is a Queen obsessive. He writes in his spare time and is starting to gather a small number of unpublished short stories and is currently trying to persuade some gullible magazines that he is an author worthy of publication. He's not having much luck!