The Lastest Features from Queen
Home Features One Year of Love: Live Aid to The Magic Tour - Fan Feature by Jane Remedio 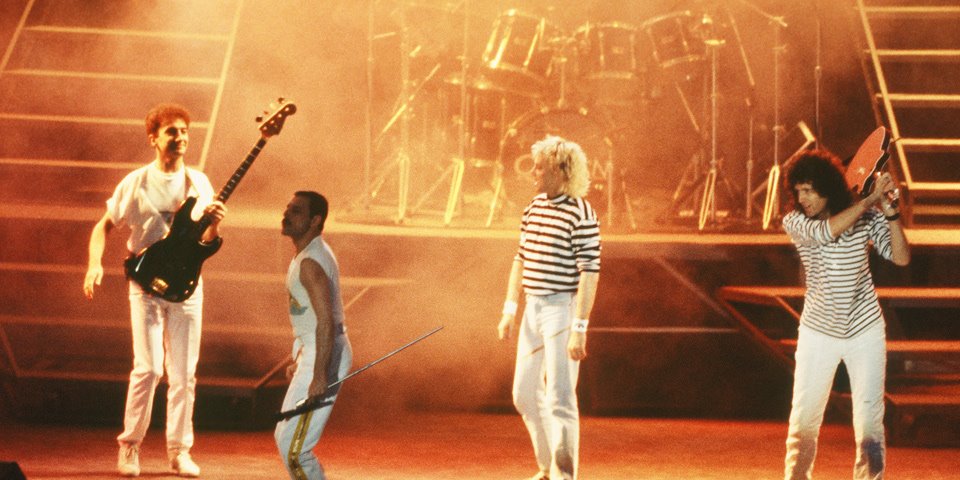 One Year of Love: Live Aid to The Magic Tour - Fan Feature by Jane Remedio

One Year of Love: Live Aid to The Magic Tour

It’s hard to imagine what Live Aid would have been without Queen. It’s hard to fathom that they could have missed their place in music history, but it nearly happened. When Queen were first approached to consider playing the planning for Live Aid was in its infancy, and they thought that it was such a big undertaking that it would be nigh on impossible to pull together a concert of that magnitude. They didn’t say no, and the possibility was left on the table. It was May 1985 when they were approached for the second time, the pieces were nearly in place, other big name bands were being confirmed and Bob Geldof needed an answer.  In a hotel restaurant, after they had completed a tour of Japan, they sat down to discuss it. They weighed up the options and in the end, they decided that it was A) a great cause B) they couldn’t miss it, it was going to be a global sensation and C) they would be proud to be involved. So by the narrowest of margins, they were in.

Queen were known for their flamboyant stage presence and the mantra ‘the bigger the better, in everything’. They had mastered the art of stagecraft through Stadiums in South America to smaller venues in the UK and Europe, they thrived on their own stage, they knew every inch of it, and they knew their audience. Queen’s performance at Live Aid would be vastly different to what they were used to. It was stripped down, no backdrops, no lighting rigs…and no sound check! It was just them, their instruments and a predominantly non-Queen audience. The Live Aid stage was a challenge to every band that played. In the build-up to Live Aid Queen were seen as a legacy act, past their prime.  Would they rise, or would they fall? It came down to one simple and honest fact, without their own stage, could they play?

Bob Geldof’s brief was simple. Live Aid was a global jukebox, more than any other band Queen understood the concept. It was not about battling for headlines, it was about the famine and raising money for the starving and dying in Ethiopia. They took their performance seriously. They booked out the Shaw Theatre in London and rehearsed for three days prior to the event to ensure that they used their allotted time wisely. They didn’t let the time limit, twenty minutes, intimidate them, they were going to give the audience a typical, albeit condensed Queen show.  They were determined to entertain those at Wembley Stadium, across the Atlantic Ocean at Live Aid’s sister site in Philadelphia USA, and an estimated global television audience of two billion. To say they were nervous before they went on stage would be an understatement.

Weather Trip Khalaf, Queen’s sound engineer, turned off the audio limiters making Queen the loudest band that day will always be shrouded in myth and legend. Queen were loud, they were proud, and they weren’t afraid to show their heart. Dressed in jeans, a tank top, and a studded armband Freddie Mercury set the world alight. Queen squeezed every ounce of music out of their time. They played the hits, and then they were gone. Leaving the world thinking ‘what the hell was that!’ The critics were silenced, and the ripples throughout the world rang true, Queen had stolen the show.

The 1980’s was a decade framed by the build-up of Nuclear weapons, big hair, fast cars, big politics, and the Cold War; anything that exhibited the power of excess. In a decade of economic liberalism, Live Aid was the antidote. Compassion for humanity by feeding the world was far more powerful than commercialism and greed. Live Aid had turned the tide, and it had a long-lasting effect on music fans worldwide; in part, it kick-started a social revolution as music fans realised that their voice could help those in need, and their actions could, in some part, change the world. Queen were a part of that, and that legacy still shines on today.

Before Live Aid Queen found themselves in a period of low motivation, it’s a curse of any band with their level of longevity.  After a less than gratifying release - Hot Space, and a gruelling world tour – The Works, and the added controversy of playing Sun City in Apartheid South Africa; They planned to take the second half of 1985 off to take a break from Queen, and each other.

Queen were riding high after Live Aid but they each had their own plans for the remainder of that year. Freddie Mercury was still promoting his first solo album, ‘Mr Bad Guy’. Roger Taylor was busy extending himself musically by producing bands, Brian May was working on some solo material, and John Deacon played bass on a couple of Elton John tracks. The freedom from the endless cycle of album/tour/album did them the world of good, both mentally and physically.

Queen gathered in Munich’s Musicland Studio in September 1985 to record One Vision – inspired by the spirit of Live Aid and based on an idea of Roger Taylor’s centred around a Martin Luther King Jr speech. One Vision was a truly collaborative project. In fact, it was the first single ever credited to the whole band.

Queen were feeling energised and positive about the future, but they thought the best thing to do was to stick to the plan and take the time to figure out the next move forward. They took that time to decide what direction they wanted to take musically, what kind of album they wanted to produce, what kind of songs they wanted for an album; that album turned out to be a kind… of magic.

The Magic Tour began in Stockholm Sweden on the 7th June 1986. It was an extraordinary tour, it played to in excess of one million people over twenty-six concert dates. It smashed UK attendance records, it supported charity when Queen donated all proceeds of the Newcastle upon Tyne concert to the ‘Save the Children Fund’, and it gave hope to music fans when it tore down barriers in the Communist Eastern Bloc. Musically, Queen were tight, they were on their game, they were the best live band in the world, and the fans didn’t want it to end.

When Freddie Mercury stepped onto the Wembley Stage to the tune of ‘God Save the Queen’, dressed in his royal regalia, it was as if he was crowning himself as the king of frontmen, king of the live performance, the king of the world. No one had any idea that the Magic Tour would be his last. On reflection, he gave that tour his all, and he left a lasting impression on so many lives. Thirty years later he still appears on the list of ‘The Best Rock Frontmen of All Time’. Unsurpassed, legendary -  Long may he reign.