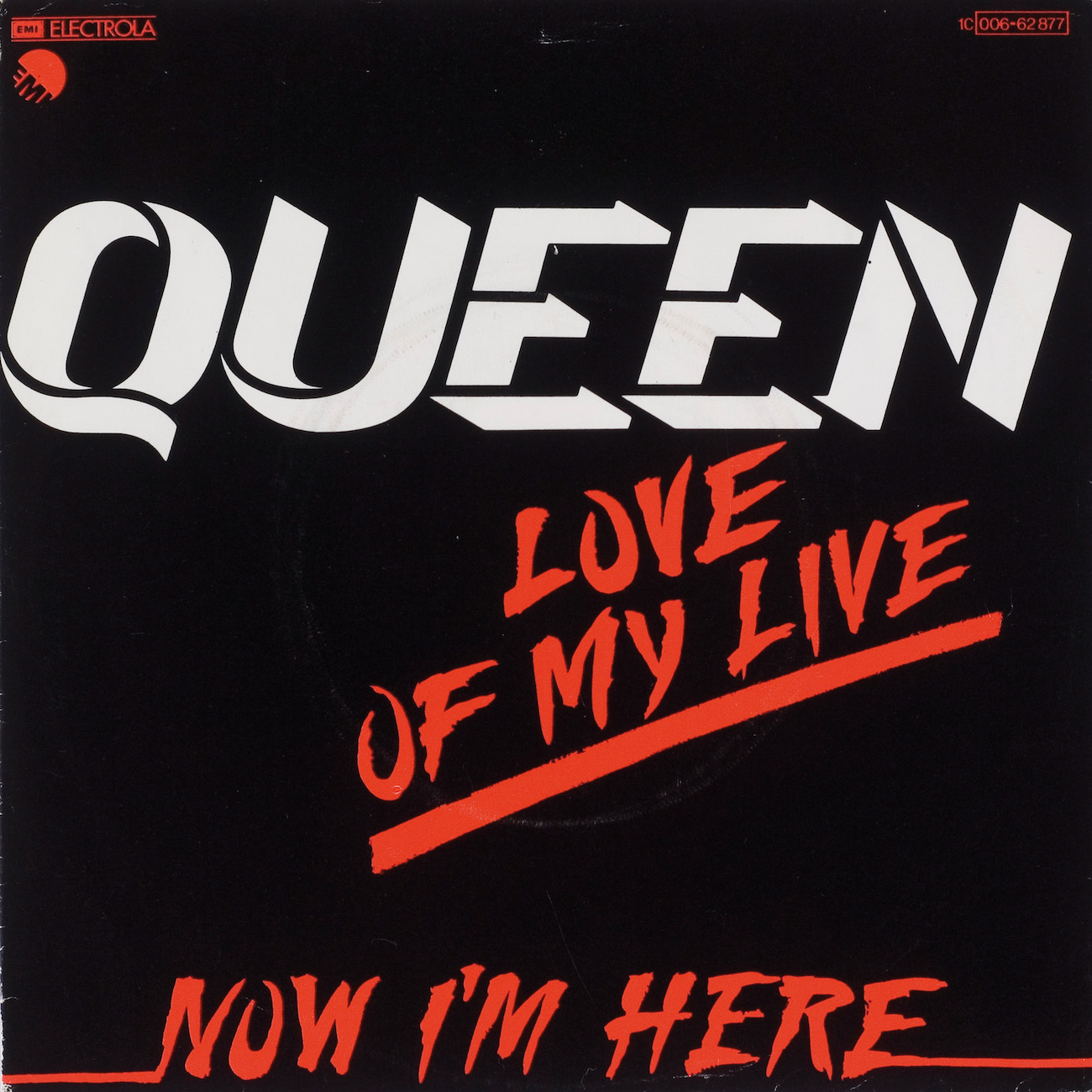 One of the standout ballads Queen ever did is “Love of My Life”. Composed by Freddie Mercury and dedicated to his then-girlfriend Mary Austin, the song is track nine on their fourth album A Night at the Opera. The song wasn’t released as a single until a live version was eventually released in 1979. However, the single was a bit of a failure only peaking at #63 in the UK but a couple of years later reaching #1 in both Brazil and Argentina. Since this, continuous regular live performances of the song at concerts and significant references in the Queen biopic has catapulted the song to the general public. Despite never having this much success until just last year, “Love of My Life” was one of the most streamed Queen songs globally in 2018 beating the likes of “Crazy Little Thing Called Love”, “A Kind of Magic”, “You’re My Best Friend” and “The Show Must Go On”.

“Love of My Life” was written by Freddie in 1975 about his girlfriend Mary. “Nevermore” and “Lily of the Valley” are two earlier Queen songs composed by Freddie with a similar emotional theme which Brian May has interpreted himself as Freddie realising “that his body needed to be somewhere else”. If that theory is true, then “Love of My Life” could be seen as the romantic send-off to Mary. Indeed, Freddie maintained that Mary was the love of his life and the two remained best friends until his death in 1991 with the bulk of his estate left to her.

As with every song on A Night at the Opera, recording the song was complicated and time-consuming but is a quality and undervalued performance. Freddie’s classical piano dominates the record, but it notably also features an orchestral harp; the only Queen song to feature the instrument. In an interview with the New Musical Express in September 1975, Freddie said that there’s “a lovely little ballad; my classical influence into it”. He added that “Brian is going to attempt to use a harp, a real life-size harp. I’m going to force him to play till his fingers drop off”.

In an interview with On the Record in 1982, when Brian was asked about whether he learned to play the harp for “Love of My Life” he replied by saying; "Learning would be too strong a word. I did it chord by chord. Actually, it took longer to tune the thing than to play it. It was a nightmare because every time someone opened the door, the temperature would change and the whole thing would go out. I would hate to have to play the harp on stage. I just figured out how it worked – the pedals and everything – and did it bit by bit."

The finished album version of “Love of My Life” segues on nicely from another Queen epic composed by Brian entitled “The Prophet’s Song”. Both songs have various similarities including complex vocal arrangements which is one of the reasons why A Night at the Opera has always been one of the most popular Queen albums amongst fans and critics alike. “Love of My Life” features strong piano and harp throughout with the addition of electric guitar in the middle and flourishes of bass and percussion, this record really does show how musically talented Queen are.

“Love of My Life” made its live debut on the News of the World Tour nearly two years after the song was first released on A Night at the Opera. Its arrangement is vastly different from the record version and is probably the best-known version of the song. Rearranged by Brian on an acoustic 12-string guitar it acted as a duet between the vocalist and guitarist. However, over time various sized audiences from different countries would singalong causing the song to become a live staple due to the vocal duels between Freddie and the audience. In an interview with Melody Maker in 1981, Freddie explained how the song is “adapted on stage for guitar, but it was written on the piano. I've totally forgotten the original and if you asked me to play that now, I couldn't. Sometimes, I have to go back to the music sheet, and I can't read that well either!". In a different interview, this time with video director Rudi Dolezal in 1984 he said; “I hate this thing about trying to recreate the albums on stage. We sometimes deliberately change.” He then added that the live version of “Love of My Life” works better on stage that way.

The memorable singalong performances of “Love of My Life” we all know today didn’t happen until the European leg of the Jazz Tour in 1979 where the unprecedented response led to Queen releasing a live version of the track as a single from their first live album Live Killers. However, despite having a video (though footage came from a show in Tokyo, Japan regardless of the audio coming from a show in Frankfurt, Germany) the single wasn’t a success. It peaked at #63 in the UK but after performing the song during Queen’s ground-breaking tour of South America in 1981, the single reached #1 in both Brazil and Argentina, with the song in the latter staying in the charts for an entire year. As Roger Taylor explained in 1991; “there are certain songs which are more popular in different countries”. He added that “we used to vary the songs we played. For instance, in South America, there was a song that was a major hit called, “Love of My Life” which was never a hit anywhere else. So, we’d always include that, and that became a major part of the show there”. The song was played at nearly every show between 1977 and 1986, but it was notably omitted during the American leg of the Hot Space Tour in 1982.

Even in his solo tours in 1990s Brian performed “Love of My Life”. In his first tour in 1992 and 1993, he performed the song as a tribute to a recently deceased Freddie, but the reception of the song led him to play it again on his 1998 tour. Brian has continued playing the song during all the Queen tours with Paul Rodgers and Adam Lambert, with the song still being sung by audiences.

“Love of My Life” was one of the most prominent songs in the Queen biopic. It was used in one of the film’s key scenes where Freddie splits up with Mary after he admits that he is bisexual though she assures him he is gay. They ended their engagement subsequently, but they continued to remain close friends with Freddie until the end with her receiving majority of his estate. The appearance in the Queen film led to an increase in streaming figures for the song, not just nationally in the UK but globally. It started receiving its long-deserved attention by not just avid Queen fans but for everybody who watched the film.

It is pretty impressive for a song, which was once an obscure album track, to become one of the artist’s most popular and best-known tracks. Though in this instance it doesn’t seem very surprising as “Love of My Life” has some of the most meaningful lyrics Queen ever put to record. This makes it seem more special and right for it to become this popular and famous amongst Queen fans.