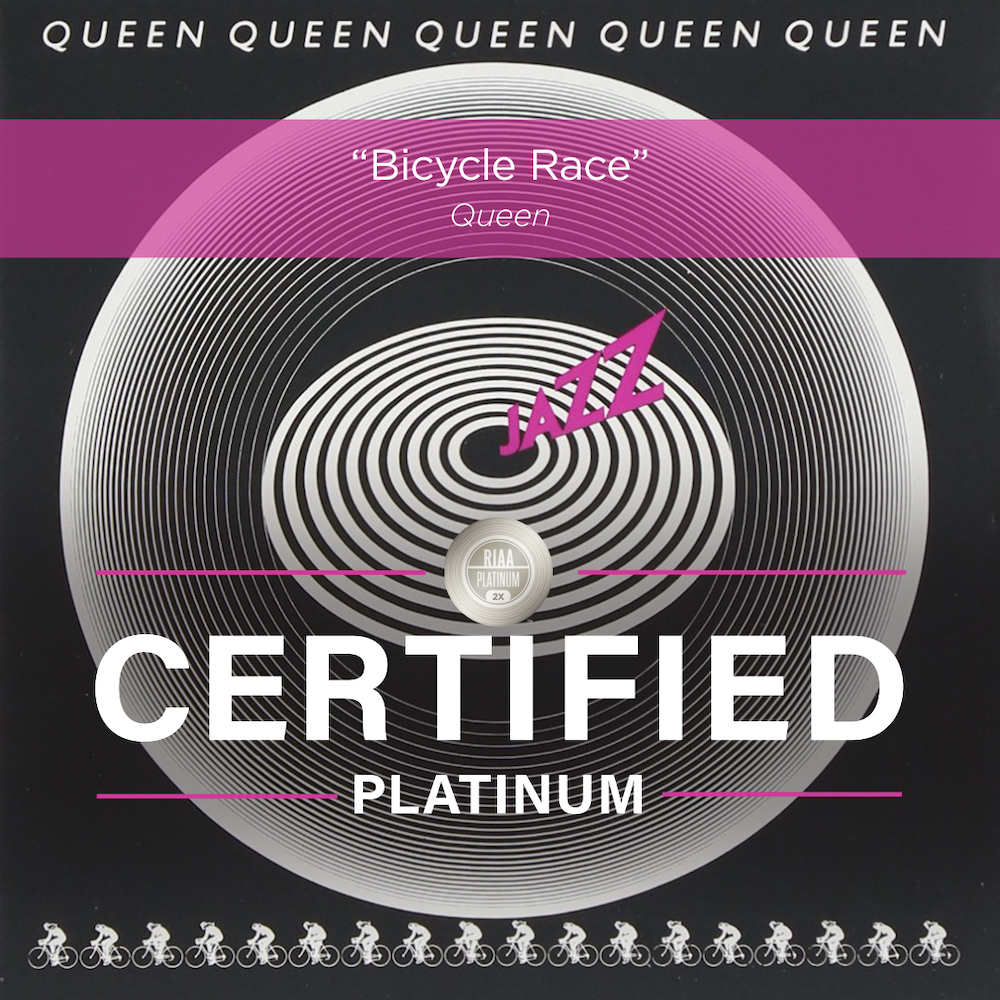 Queen's classic 'Bicycle Race' has just been certified Platinum as a digital single by the RIAA in the US. Originally released as double A-side with 'Fat Bottomed Girls', both tracks were taken from the band's 1978 album, Jazz.

Digital Platinum status is for 1,000,000 units of downloads and audio and video streams. The current rate of '1 certification unit' is 150 streams.