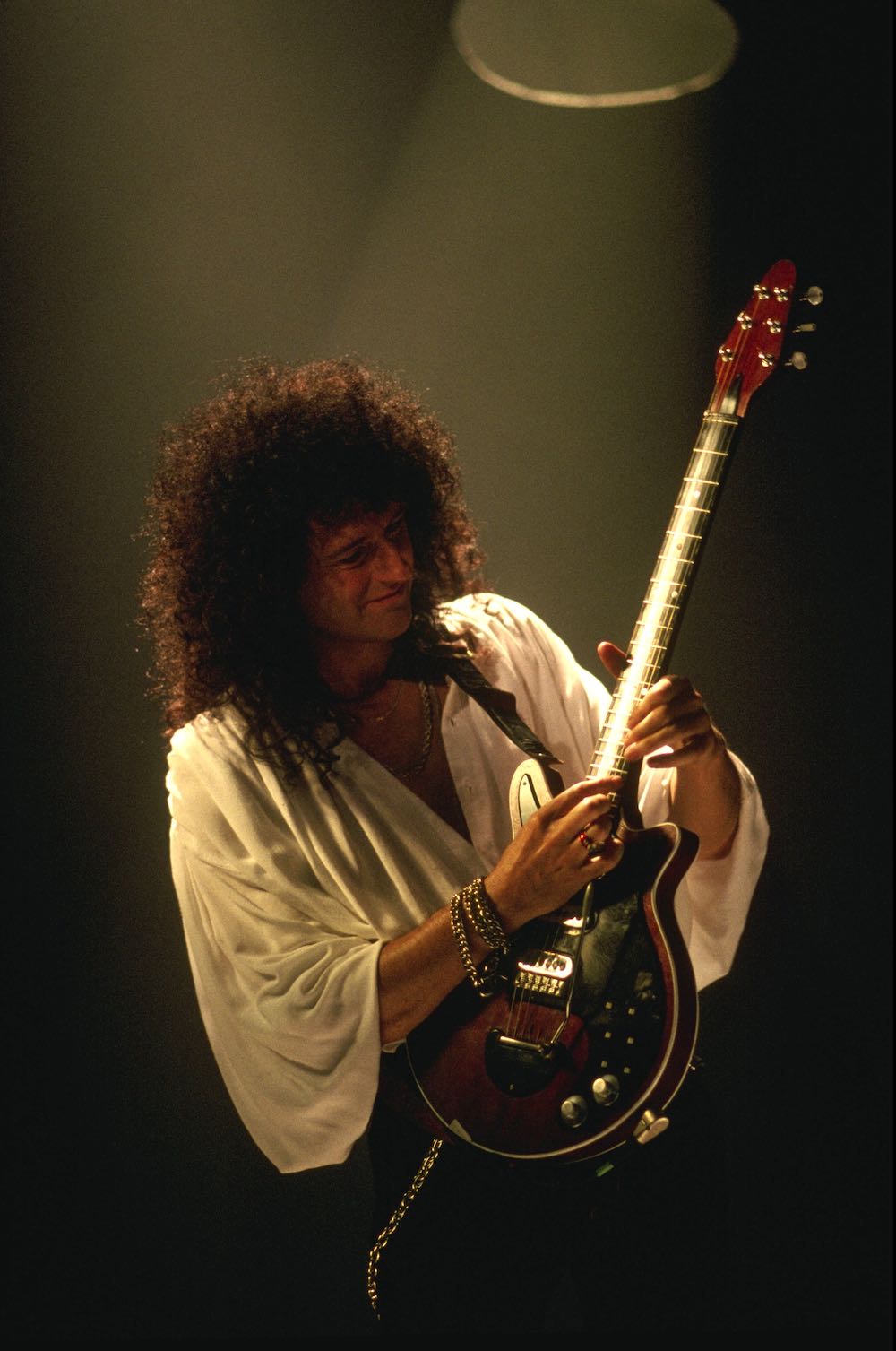 “It’s built on hope and passion and belief – and fireworks!!!”

A live showstopper and a hard rock juggernaut, Brian May’s ‘Resurrection’ is also a seismic testament to the combined power of determination and restorative, collaborative friendship.

Brian May’s classic RESURRECTION is a monstrous Tour de Force.  With its ferocious momentum, full force drums, multi-stacked harmonies and soaring guitar heroics, ‘Resurrection’ is considered by some fans THE standout cut from May’s 1992 solo album, ‘Back to the Light’. Performed live by The Brian May Band, ‘Resurrection’ would feature as the centrepiece of May’s epic ‘Guitar Extravagance’ sequence, holding its own alongside the explosive rock climax of Queen’s revered ‘Bohemian Rhapsody’. Issued as a single in 1993, ‘Resurrection’ arrived in the UK Singles Chart accompanied by a video of notably – in May’s words – “biblical intensity”.

Yet the song’s origins were deeply personal rather than cosmic. The lyrics reflect May’s battle to find a sense of purpose and selfhood again during a period of mammoth personal upheaval. In its development, a close friend and bandmate would prove crucial. The backing track for the song appears in a different form as an instrumental titled ‘Ride To Win’ on the late, much-missed drummer Cozy Powell’s 1992 album, “The Drums Are Back”. As May explains it, “We traded contributions!”

“The impetus came from Cozy and it was a gift from Heaven. I'm looking for something which expresses my need to try and find new life, and suddenly Cozy comes in with the track he's made down at Mono Studios, his favourite place to achieve his signature massive drum sound. He said, ‘What do you think of this, Brian, you want to play on this for me?’ I said, ‘Yeah, I’ll do whatever you want.’ And he said, ‘Well, do you want it for your solo album as well?’ I went, ‘Yeah, that would be great,’ so we shared everything. And immediately I was inspired to write ‘Resurrection’.”

With keyboards from seasoned rock session musician Don Airey, May and Powell set out to give the song their all. For May, this entailed testing his abilities as a vocalist after the loss of Queen legend Freddie Mercury. “We really went to town on the overdubs,” says Brian. “There's probably more overdubs on it than there is on ‘Bohemian Rhapsody’! I was also pushing myself. It was a time when I wanted to know how far I could go. Suddenly I'm without Freddie. I'm trying to sing my own stuff. How high can I go? How intense can I go? How broad can I go in the vocals? I don't think I could do that now, but I'm pleased with the place that I got to. It was the place I needed to get to at that time.”

As May says today of his fight to hit those difficult top D notes, “I can still hardly believe I got that far – I made myself bleed doing it.” And he didn’t stop there. Even with some of the most innovative, adventurous and iconic guitar work in rock history behind him already, May also found ways to stretch the reach of his playing. “I used that Joe Satriani guitar for some of it -the big, metallic Joe Satriani guitar. It’s got a real bite to it. There was no limit and I'm tapping away, which I normally didn’t do in Queen. Queen is very melodic and although I had that sort of tapping thing in my vocabulary, there's not often a place to use it in Queen. I just went for it all, and it's reaching for the sky in terms of pushing my guitar playing as well.  The track also features a short but very intense Powell drum break - which - surprisingly - was recorded in my ‘French Room’ in my home studio. Cozy also pushed himself to the limit.”

Remastered from the best available source for the reissue, the video is wild, unfettered and cathartic. Shot in Los Angeles, around the time of The Brian May Band’s show at the Palace Theatre on April 6, 1993, the video boasts then state-of-the-art computer graphics, with May and Powell blazing away amid roaring fires and exploding planets. “I collaborated with the H-Gun [Labs] team,” says May, “to make a clip which took the track into a different universe, partly just because we could - but also, I guess, for me to express in metaphor the extreme psychological battle going on in my head which gave birth to the song. Cozy and I spent a day surrounded by chemical bonfires in a film studio in LA – being hooligans and heroes and having great fun.”

Speaking of the song today, May stands by its maximalist methods and message. “That's the one I want played at my funeral, probably, because it's irresistibly, forcefully full of belief. It's the kind of belief that you need to overcome the massive obstacles that get put in our way during our lives. I feel very proud of it.”

Brian May’s “Back to the Light” remastered reissue is available on August 6 on CD, Vinyl, Cassette, digital download and streaming formats and can be pre-ordered here: https://BrianMay.lnk.to/BackToTheLight