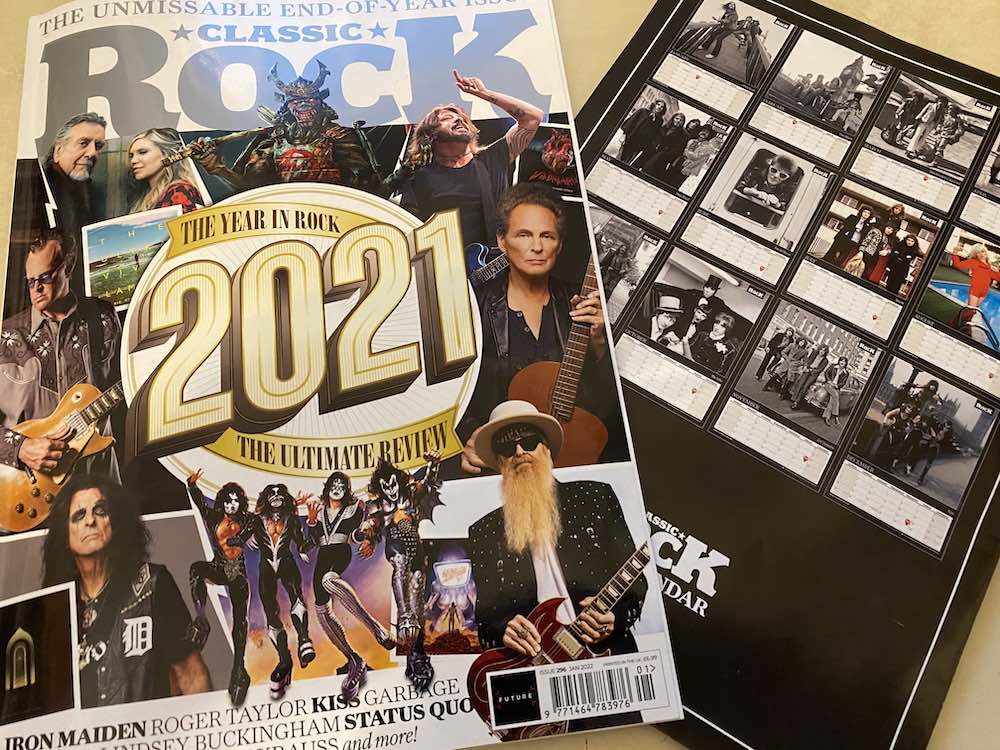 Having just released his highest-charting solo album and toured it, Queen's Roger Taylor is enjoying life away from his 'day job'.

There is a great four-page feature with Roger in this month's Classic Rock Magazine (Issue 296) - The Year In Rock 2021. Starting on page 48, the 'There Is Life On The Outside' piece by Stephen Dalton covers RT's recent Top 10 album 'Outsider, working with David Bowie, Sun City, the Bohemian Rhapsody movie and touring with Adam Lambert.

There is also a glowing review of his Shepherd's Bush Empire show on page 102 - Solo material and a choice selection of Queen songs - oh, and Brian May popping on stage - raises the Empire roof.

Queen also feature in the free Classic Rock 2022 calendar that comes with this month's subscriber issue.