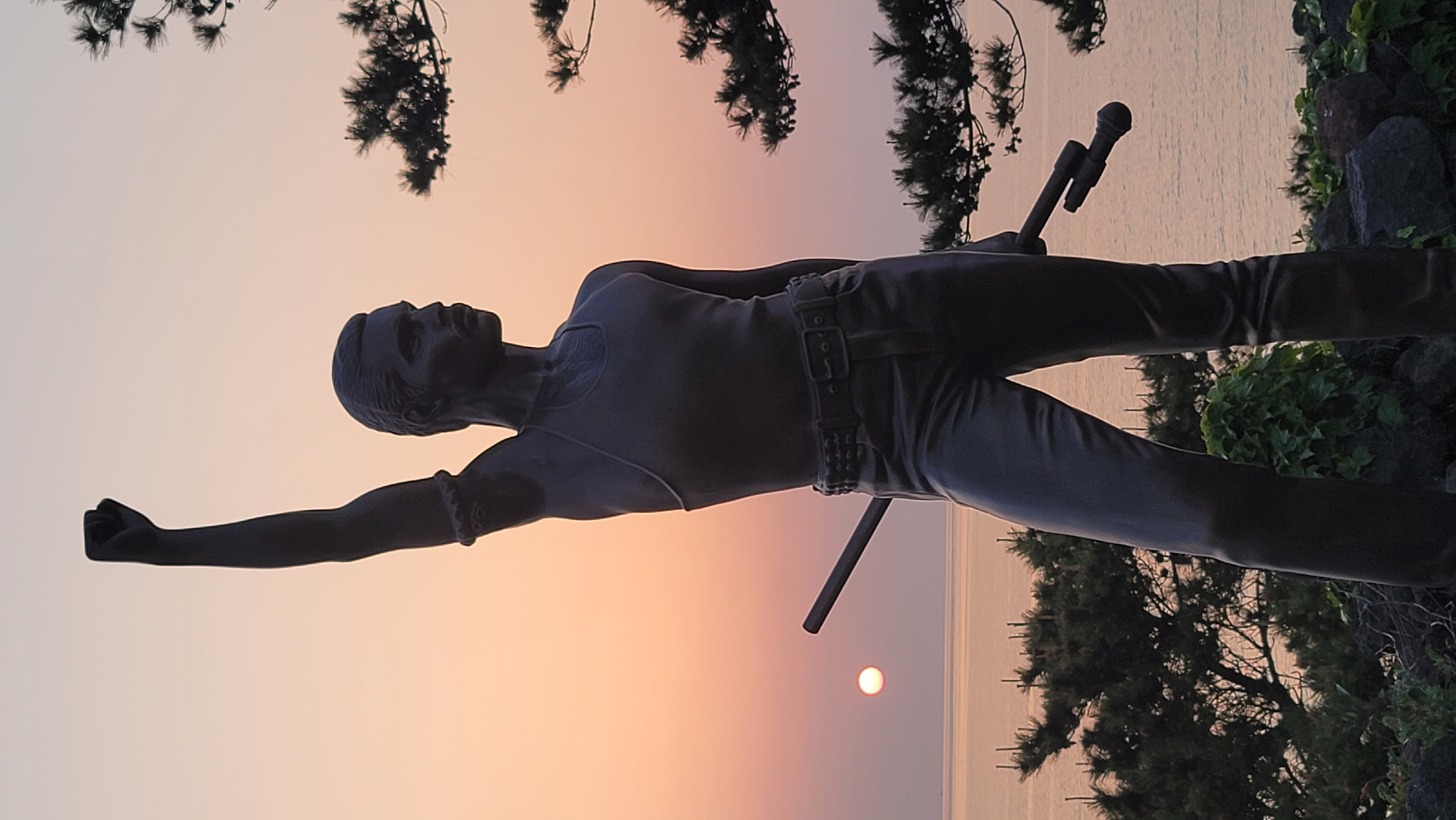 A statue of Freddie Mercury has been unveiled in Jeju, South Korea following an 8-year campaign by a South Korean businessman and Queen fan - the event took place last Thursday, April 21st.

Baek Soon-yeob first sent an email to the band back in 2014 asking for the rights to build the statue, which is now only the second in the world. The other statue is in Montreux, Switzerland, where the singer lived and recorded his albums.

“Today we successfully finished the unveiling of the Freddie Mercury statue. We were very worried because it rained in the morning. But miraculously, the rain stopped an hour before the event and the weather cleared up. Everyone had fun and it was an extremely happy time. On the big screen, the congratulatory piece Brian May provided me when he came to Korea was screened. This statue of Freddie Mercury is a symbol of hope and courage for many young people. The dream I had planned for 8 years has come true today. On behalf of the many fans in Korea, I would like to thank the Queen members for allowing me to erect the statue. Thank you.”  Baek Soon-yeob