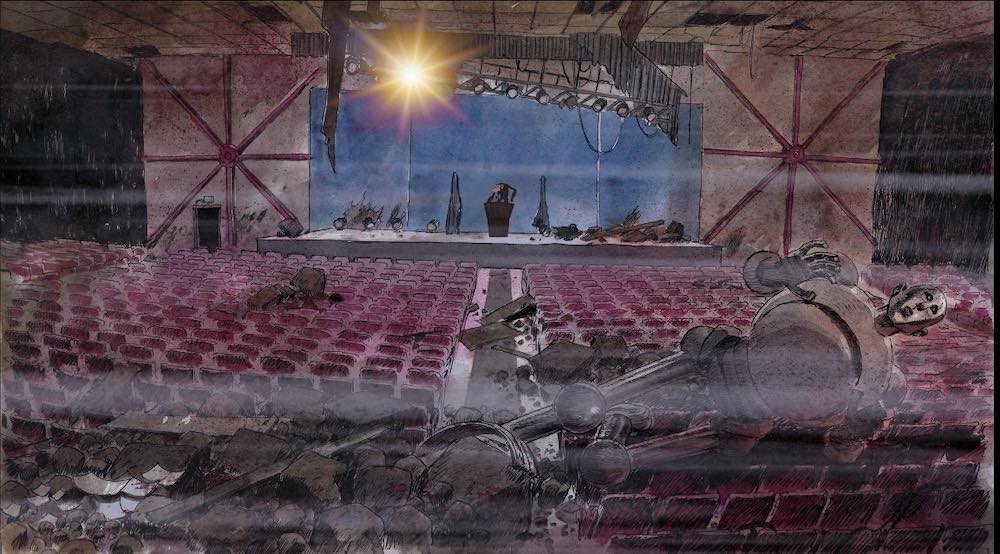 New Save Me Trust 'Who Wants To Live Forever' Video

A global film collaboration from universities and colleges from around the world showing the state of our planet. Conceived and directed by Matteo Valenti, Videomaker and Screenwriter and gifted to Save Me Trust

This incredible video created by students from all five continents shows the devastation our precious planet faces.

On a 24-hour clock humans arrived here at just two seconds to midnight yet we have unleashed immense damage and destruction on the natural world. Advancing our needs has pushed mother nature to the brink. Species reaching extinction a thousand times faster than at any other time in our history.

World leaders are meeting at the UN Climate Change Conference 2022 (Cop26) and it is essential they take heed and take action NOW.

No, if’s, no buts, we are at a tipping point that we cannot ignore!

The world is watching Cop26 for immediate action and solutions today our government must deliver.

Brian May and Anne Brummer
Save Me Trust

Matteo Valenti: Videomaker and Screenwriter
At the origin of this project, there is Brian May’s passion for animation cinema and in particular for my friend Bruno Bozzetto’s film “Allegro non molto”. This fact led me in some way to be able to interact with him and after we exchanged a few emails, the idea of this project for his association Save me Trust was born. I had already directed similar projects, in particular one entitled “draw not war” where groups of students from countries of war (Northern Irish Catholics and protestants, from Sarajevo of different ethnic groups and Israelis and Palestinians) had worked together making three animated short films, also thanks to songs from U2 and Pearl jam.

Being able to work with Brian May was a great honour, just think that when I was 15, in 1986, after seeing “Highlander” in a summer open cinema, I was struck by the music of Queen and in a short time, I bought all their records. First I and Brian chose the song to use and after a few titles, we agreed on “Who wants to live forever” which seemed to us the most suitable. Just the song that had made me discover Queen! Having a Queen song as the basis for the video meant giving an absolutely international reach to the project and so I thought of involving animation schools from every continent.

Finding the schools wasn’t complicated. In some cases, I went through acquaintances of professionals from those countries who put me in contact with schools and professors, in other cases I did simple research on the web. The topic of the project proposed Brian May’s name and Queen’s song helped tremendously in finding enthusiastic collaborators. We started working practically just as the world fell under the coronavirus curse. All the students were at home and we had several calls. We also opened a private working group on Facebook so that everyone could see the different work phases of each group. The guys and the teachers were great. They put a lot of effort into it and the result is very professional. I could see how the topic was really felt by these guys.

For the final sequence, I involved a small team of three friends, great professionals in the sector: Gregory Panaccione, Nicoletta Cadorini and Carlo Odorici who animated the last scenes, when the man returns to his primary state of ape and finds himself alone in the world. The awareness of being left alone will force him to rethink a new possibility. Let’s hope we don’t have to get to that point. A great group has been created, with people from all over the world and this is really a strong point! I hope that this video can be seen by as many people as possible and that it can contribute in its own way to a change, to a greater awareness. There is no future on this planet without respect for our animal friends and their environment. It is certainly a question of love, but also of foresight and survival.

I want to thank, in addition to all the students, professors and schools, also Anne and Jo of the Save Me trust who have been very kind and cooperative. Finally, I would like to say something about Brian. We have never met live, but I have rarely had the perception of a person so kind and respectful of others. If you listen to his guitar you understand it and somehow, in fact, I already knew it.

The University of the Arts, Philadelphia (North America)