The Lastest News from Queen
Home News Out Today! The Platinum Collection on Coloured Vinyl 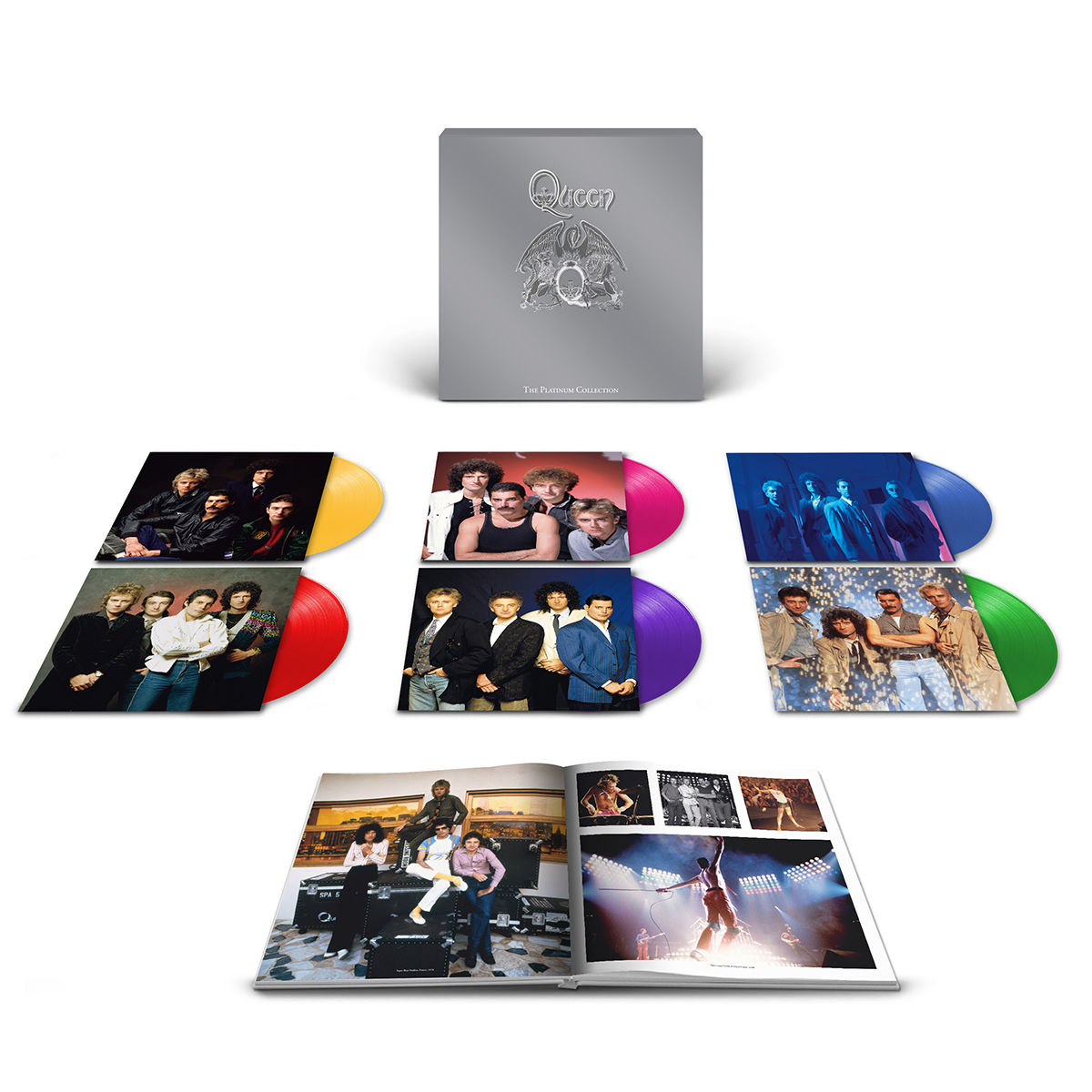 Out Today! The Platinum Collection on Coloured Vinyl

Queen’s ‘The Platinum Collection’ is released on vinyl for the first time as a limited-edition 6LP colour vinyl box set, TODAY, June 17th through EMI

Released for the first time on vinyl, Queen’s compilation ‘The Platinum Collection’, featuring all three of their Greatest Hits albums, shows their unrivalled track record of chart-topping, award-winning, record-breaking rock and pop classics.  With four songwriters in the band – Freddie Mercury, Brian May, Roger Taylor and John Deacon – Queen created a glorious legacy of all-time anthems that still ring out across the ages.  For past and future fans alike, they will rock you!

Living up to its name, The Platinum Collection was recently certified by the UK music industry organisation the BPI as having gone 8 x Platinum, representing sales of 2.4 million achieved since its June 2011 re-release as part of Queen’s 40th-anniversary celebrations.

Today sees the limited edition 6LP colour vinyl set released in a slipcase with brand new artwork.  Each piece of vinyl will be a different colour and come in its own individually designed sleeve.  The set also comes with an exclusive 24-page 12″ photo booklet.

‘QUEEN Greatest Hits’, first released in 1981, is the best-selling album of all time in the UK, having sold over 6.8 million copies, with global sales in excess of 25 million.  Spanning Queen’s triumphant first act, from 1974 to 1980, ‘Greatest Hits’ includes some of the world’s most beloved rock standards, including the stadium-sized symphonic chart-topper Bohemian Rhapsody and the roof-raising We Are The Champions, which was named the most catchy song of all time by a team of scientists in 2011.  But this album also dazzles with its stylistically promiscuous range, from the crowd-rousing We Will Rock You, the tongue in cheek Fat Bottomed Girls, the stomp-stomp-stomp late 70’s disco-inspired Another One Bites the Dust, to the finger-snapping jukebox retro-rock homage Crazy Little Thing Called Love and the soaring, impassioned, gospel-fired Aretha-isms of Somebody To Love.

‘QUEEN Greatest Hits II’, originally released shortly before Freddie Mercury’s death in 1991, has sold over 19 million copies worldwide.  It spans 1981 to 1991, the period which followed Queen having dropped their famous no synthesizers rule elevating them to new heights of creativity.  Opening up their guitar-heavy sound to embrace funk, disco and electronics resulted in rich rewards, transforming these former Seventies glam rockers into a glossy, streamlined, emphatically contemporary super-group.  Rebooted and rewired, Queen produced some of their most immortal hits during this imperial Eighties phase.  Built around an improvised studio jam, their infectious David Bowie collaboration Under Pressure became a global chart-topping smash.  The retro-futurist epic Radio Gaga and the humorously romantic I Want To Break Free stand as testaments to their early mastery of synthesizers, while the muscular ripcord riffs of Hammer To Fall and octave-vaulting grand-piano acrobatics of It’s a Hard Life are vintage Queen both sonically and lyrically.  Officially the tenth best-selling album of all time in the UK, Greatest Hits 2 also features the tender sentiments of Friends Will Be Friends, the planet-sized synth-rock fanfares of One Vision, and the heroically defiant swan song The Show Must Go On, featuring Freddie in his last days still playing shamelessly to the gallery.

Undimmed by time or fashion, ‘The Platinum Collection’ is a reminder that Queen were always colourful, always dynamic, always ablaze with passion and pride. 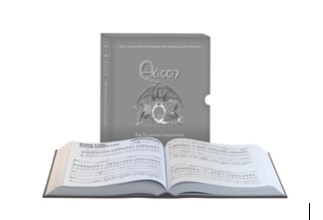 At last ... a collector's edition fit for Queen! The new Queen Platinum Collection is a hardcover edition featuring full-band transcriptions for nearly 50 classics from the iconic band. Every instrument, every note, every lyric, and every nuance of every song is carefully transcribed. It's beautifully packaged in a protective sturdy slipcase. Songs include: Another One Bites the Dust · Bicycle Race · Bohemian Rhapsody · Crazy Little Thing Called Love · Don't Stop Me Now · Fat Bottomed Girls · The Great Pretender · I Want It All · I Want to Break Free · Killer Queen · Radio Ga Ga · The Show Must Go On · Somebody to Love · Thank God It's Christmas · Under Pressure · We Are the Champions · We Will Rock You · You're My Best Friend · and more.