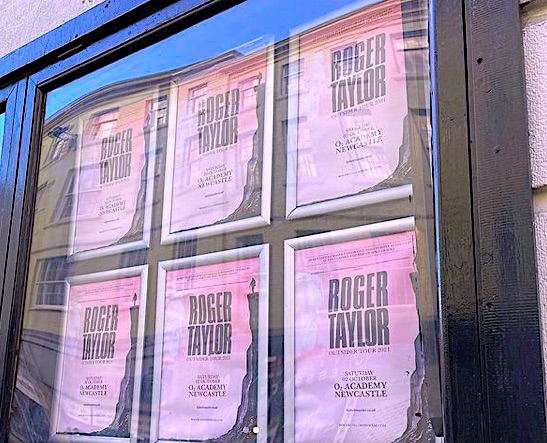 Roger played a wonderful 90-minute show last night as the 2021 Outsider Tour kicked off in Newcastle at the O2 Academy. The show consisted of tracks from across his solo catalogue, some classic Queen hits and deep cuts, plus six tracks taken from his new ‘Outsider’ album, including the recent single ‘We’re All Just Trying To Get By’.

The tour now moves on to Manchester where Roger and his band play The Academy tonight.