The Lastest News from Queen
Home News Queen + Adam Lambert Reviews: "Like being in a room with the world’s most spectacular jukebox.” 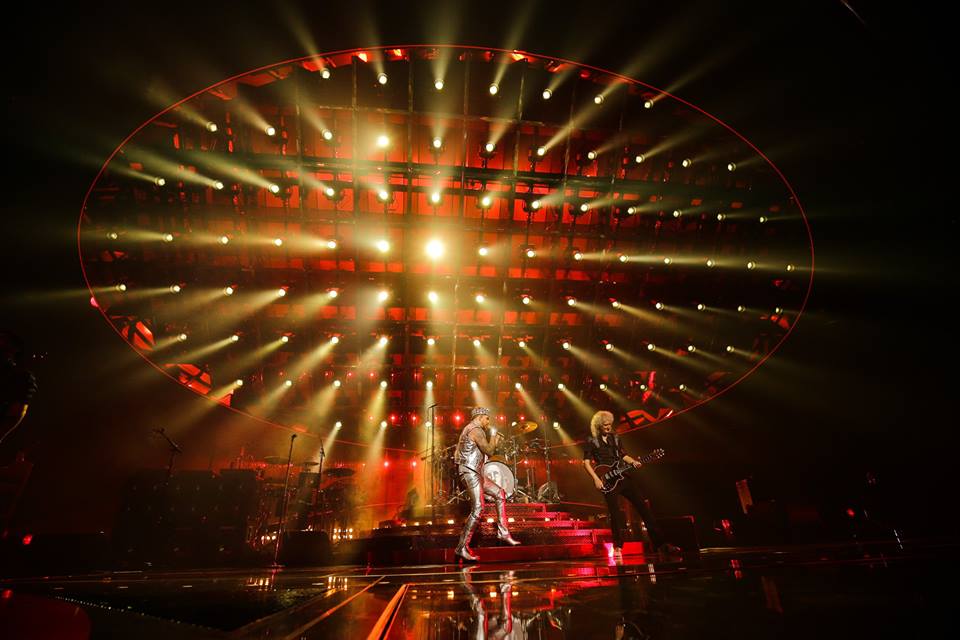 Queen + Adam Lambert Reviews: "Like being in a room with the world’s most spectacular jukebox.”

“The stage production, theatrics, band performance and audience reaction is probably the best that I have ever had the pleasure to witness as Queen killed it tonight!"

“Queen and Adam Lambert retain the crown as best live band ever, even without Freddie Mercury.”

“Almost the whole thing was a thorough joy….like being in a room with the world’s most spectacular jukebox.”

?"Queen still offer one of ?the most entertaining nights of rock and roll to be seen and heard anywhere.”

"Obviously there is no Freddie Mercury. But he's here in spirit and in person, on occasion, at just the right points. It feels like a celebration...the chemistry of the trio is so close it is mesmerising.” 5/5 stars

“In Lambert, Queen have a charismatic and brilliant showman…the perfect man to continue to bring Queen to the masses."

"The band took their applause to God Save the Queen, but they don’t need saving. Lambert and his elder mates are doing a fine job. Freddie would be proud.”

“They're still the champions!" “The hits come shining through, small miracles of showmanship, craftsmanship, singability and dura­bility.” 4/5 Stars

“The concert was an incredible experience which will go down as one of the greats, which is nothing less than what we expect from a Queen band.”

“There’s no doubt about it, Queen are still champions of the world.” “One thing is certain Freddie Mercury’s legacy and Queen’s music is sure to live forever."

“A triumphant return." “Tonight the verdict is unanimous in the North East, Queen and Adam Lambert were nothing short of majestic."

“Anticipation was high…and boy what a show it was.” “Just superb. The crowd roared for more, and hoped it would never end."

“Mercury’s spirit will endure for all time judging by this fantastic concert which ended with current frontman Adam Lambert wearing a crown during his spellbinding rendition of We Are The Champions.”

“It was that kind of night when you just had to be there, regardless of the consequences, to appreciate the best of British being complemented by the outstanding Adam Lambert."

“Freddie Mercury… would doubtless have been as proud of Lambert as Taylor and May clearly are."

"For now, Queen + Adam Lambert are set to conclude their UK tour with an extra date at the Arena Birmingham on Saturday, December 16. If you’re a fan, you simply cannot miss it.”

“They promised to rock us and they did - last night Queen + Adam Lambert brought an absolutely unforgettable show to Arena Birmingham."

“Brian May and Roger Taylor left jaws hanging on the floor with their effortless-looking instrumental solos."

“Lambert dazzled the crowd in his own right and did Mercury’s legend justice by channeling his sheer talent during every moment he spent onstage. Every note that came out of his mouth was simply mesmerising and breathed oodles of life into the already iconic tracks.”

"What can only be described as a totally flawless show. There is no question in my mind that Queen are still the champions of the world.”

“Haunting solos, massive hits and a genuine goosebumps moment as the Queen and Adam Lambert tour rolled into Liverpool.”

“Lambert showed that his skyscraper vocals, and especially their power, were an equal imitation of Freddie’s finest performances".

“The night’s enduring image is perhaps thousands of Liverpudlians performing Radio Gaga’s slow handclap as if bowing down to worship before rock royalty, May and Taylor.”

“This magisterial pomp-rock was not quite rocket science, but it came pretty close.”

“Ending on the gargantuan duo of We Will Rock You and We Are The Champions, and with the band grinning from ear to ear, it was clear there’s plenty of mileage left in the Queen tank if they choose to stay on the road. Don’t stop them now.”

“Lambert deftly weaved his way through hit after Queen hit, expertly backed by Brian May whose shredding skills showed no sign of waning and Roger Taylor who never missed a beat.”

“The breath-taking show was one that would have done the icon proud and Lambert's personal appreciation of his talent could be heard in every note he belted out. In the absence of Freddie, Queen have found themselves a killer king.”

“Queen and Adam Lambert brought a spine-tingling live extravaganza to Ireland’s capital for a night.”

“Adam Lambert is outrageous, flamboyant, magnetic, and most of all has a phenomenal talent. "

"Queen may have lost their Freddie, the world lost a legend, but in his music, and thanks to the determination of Brian and Roger to keep Queen going, and the reincarnation of so much of Freddie’s talent in Adam Lambert, this was a show never, ever to be forgotten. 5*/5*.”