The Lastest News from Queen
Home News Queen The Greatest Pop Up Store: Freddie's 'It's A Hard Life' Costume On Display 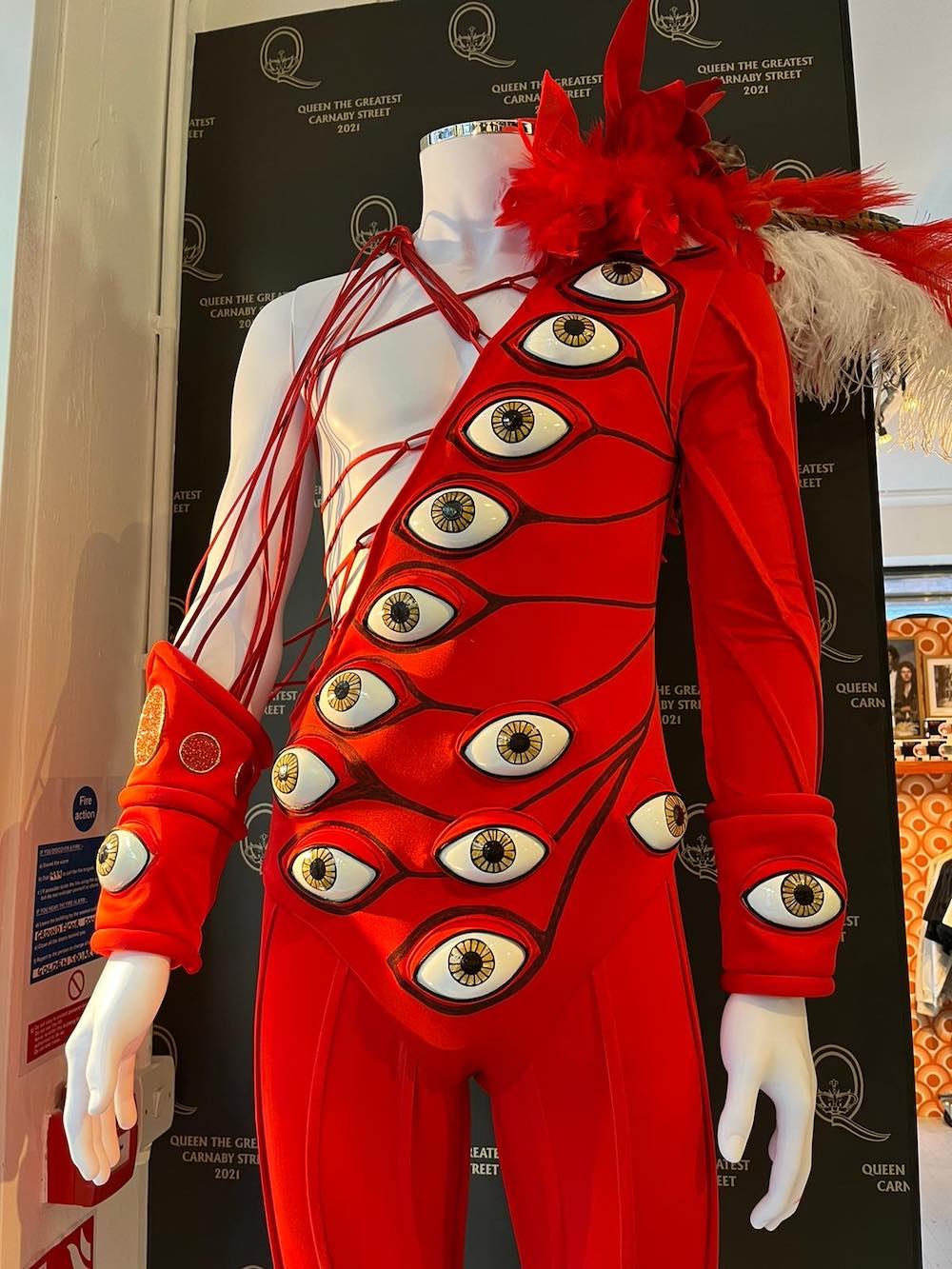 Queen The Greatest Pop Up Store: Freddie's 'It's A Hard Life' Costume On Display

Queen superfans are set to rejoice as a replica of Freddie Mercury’s infamous prawn suit is now on display in the Queen - The Greatest store on London’s Carnaby Street. Music lovers and shoppers are invited to catch a glimpse of this quintessentially Mercury costume first hand. As part of the store's dedicated Art & Design month which has seen the arrival of a series of handwritten lyric prints, the costume proudly sits at the front of the store.

Created for Queen’s 1984 video  ‘It’s A Hard Life’ by talented costume designer Natasha Korniloff, this iconic costume was revisited once again in Freddie’s ‘The Great Pretender’ solo video. Noted for her work on productions such as Hamlet and David Bowie's Ashes to Ashes, Natasha designed the form-fitting, feathered red number specifically for Freddie. Renowned for his dynamic dressing and sartorial risk-taking, the costume was met with amusement and quickly dubbed the ‘prawn suit’. Displayed exhibition style, this replica was commissioned by the Freddie Mercury Estate and meticulously recreated by Graham Tuckett.

The ‘It’s a Hard Life Costume’ is on exhibit until the end of December at the Queen - The Greatest store, 57 Carnaby Street, W1.

About Queen- The Greatest

Open until January 2022, ‘Queen- The Greatest’ was launched to celebrate the band’s historic five decades of music. Created in partnership with Bravado, Universal Music Group’s merchandise and brand management company, this pop-up store is designed to take you on a visual journey through one of the world’s most iconic bands' contributions to music, culture, and fashion. The shop features limited edition music releases, new product drops and exciting fashion collaborations, with each month of its three month stint having a different theme- Music, Art & Design and Magic.