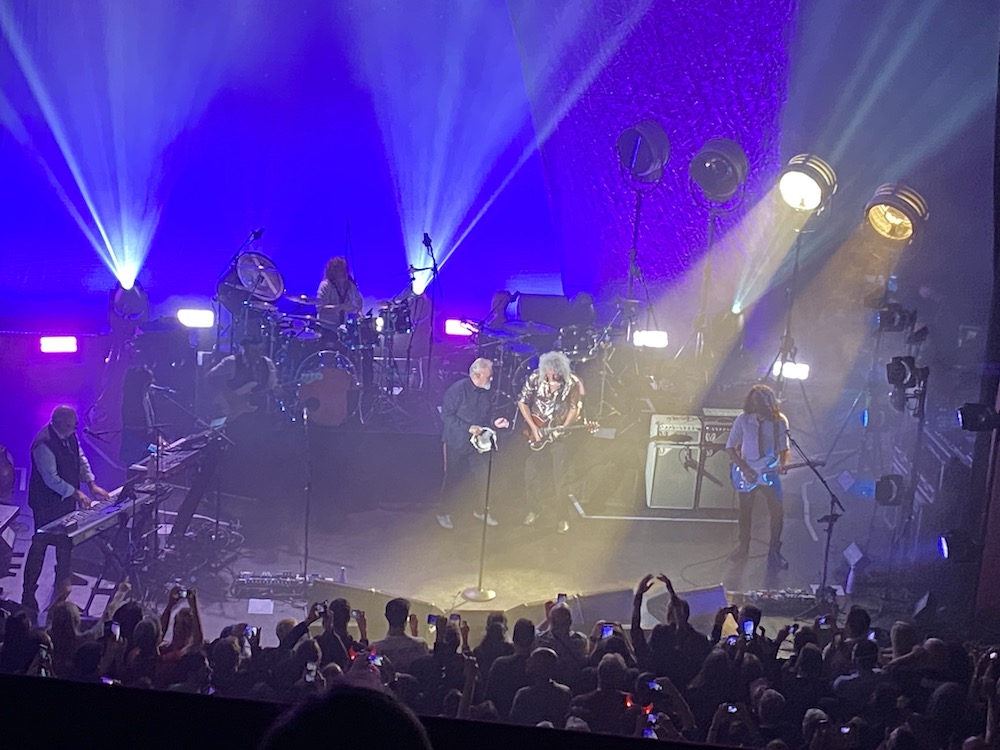 "It's my brother from another mother!"

Last night Roger concluded his hugely well-received UK Outsider Tour with a barnstorming performance at the Shepherds Bush Empire. In celebrating sold-out shows across the country and a UK No.3 album he was joined by Brian who hit the stage to jam on 'Tutti Frutti' and 'A Kind Of Magic'.

Strange Frontier
Tenement Funster
We're All Just Trying to Get By
A Nation of Haircuts
These Are the Days of Our Lives
Up
Gangsters Are Running This World
Absolutely Anything
Surrender
Man on Fire
Rock It (Prime Jive) (Tyler Warren on vocals)
Under Pressure
Say It's Not True
I'm in Love With My Car
Outsider
More Kicks (Long Day's Journey into Night... Life)
Drum Battle
Foreign Sand
Tutti Frutti (with Brian May)
A Kind of Magic (with Brian May)