The Lastest News from Queen
Home News The Rhapsody Reviews 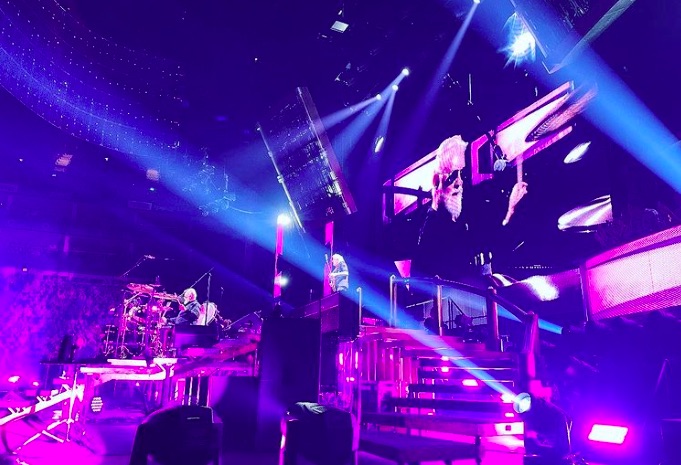 "The audience will hardly forget this concert. An energetic, exciting, fun, nostalgic and pure rock concert."

“It was a royal treat: Queen and singer Adam Lambert celebrated the legacy of Freddie Mercury."

“…an acoustic and visual spectacle.”

“Brian May shines in Munich as the great guitarist that he is. Roger Taylor drives the songs forward on drums with an unbroken joy of playing. And Adam Lambert, who performs with the right attitude, gives them both the space to let their virtuoso playing take effect. The audience rightly celebrated the show."

“The show at the Ziggo Dome was nothing short of majestic and overwhelming.”

'"...a setlist that goes from climax to climax."

“Nostalgia – as if! Queen convinced with their performance in the sold-out Lanxess Arena with a program from the here and now. Singer Adam Lambert did a great job.”

“... in the sold-out Lanxess Arena in Cologne, the 51-year-old Queen presented itself breathtakingly vital, and it did not seem that this rocking monarchy with masterfully staged theatricality and glitter pomp is anywhere near its end."

“Champions, that’s what Queen were on that night...the show must go on, and that for years to come, it certainly wouldn’t be a mistake.”

“One could literally see their joy to play in May and Taylor’s eyes.”

“Queen anthems such as ‘Another One Bites The Dust’, ‘Crazy Little Things Called Love’ and ‘Love Of My Life’ all sounded really fresh...and May happily demonstrated again and again with impressive, but never too long, solos why he and his guitar have created a sound for eternity.”

"Brian and Roger put on an energetic display that would put most younger bands to shame. Cracking gig!!  5 Stars."

"A wonderful night and a wonderful show. Queen still rock."

"...an emotional universe and beyond." 5 Stars

"An amazingly entertaining night from Queen and Adam Lambert. We wanted it all, we wanted it now and we got it."

"We can only bow or curtsey at their brilliance."

"There is no denying that this is one band that knows how to perform on a live stage." 5 Stars

“This rock circus was a kind of magic..."

“With Adam Lambert delivering utterly faultless vocals flanked by the timeless rock titans of Queen's Brian May and Roger Taylor, we are given a masterclass in rock performance over an epic two-and-a-half-hour set on Monday night.”

“For any Queen fan, this will be the closest thing to a religious experience.”

“Two and a half hours of jaw-dropping spectacle and euphoria.”

“The rock icons blew the roof off the SSE Arena with a simply electrifying performance.”