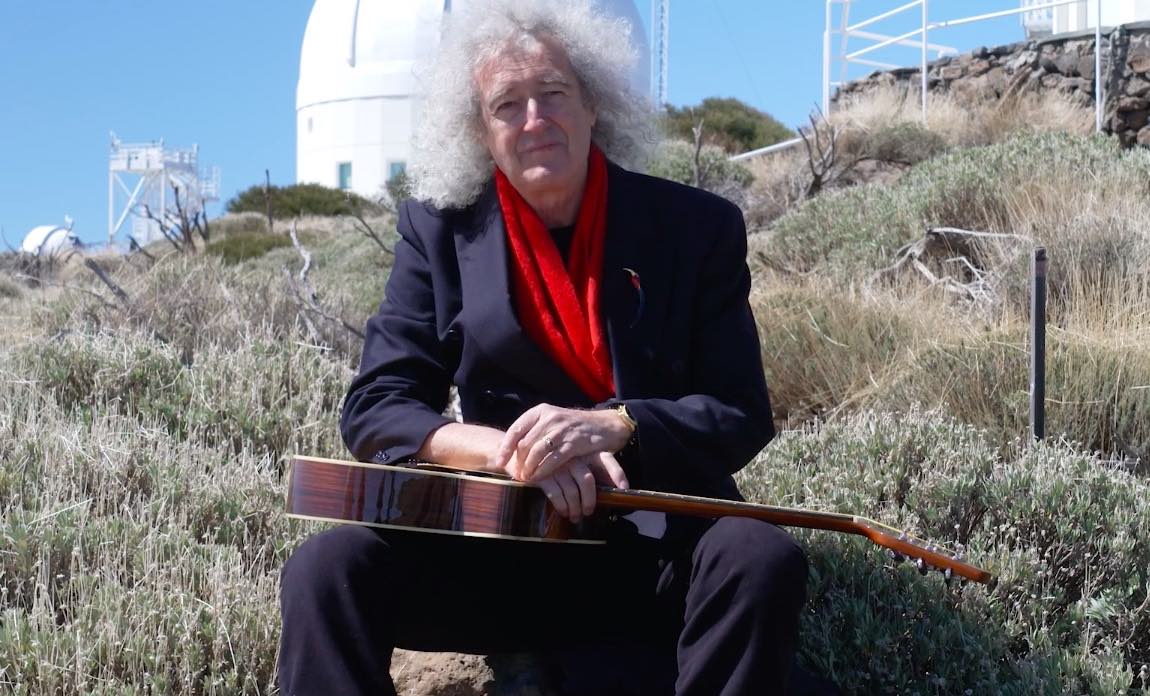 Taken from his exclusive interview filmed in Tenerife, Brian May reveals the reason why Mott The Hoople's "All The Way From Memphis" is included on his Another World album and the potentially life-changing advice he received from Ian Hunter.

“Mott the Hoople were a great influence on us. They were our mentors in a way.  We’re just starting off as a rock group. We have so many big ideas. We have songs, we have presentation ideas, etc. But we've never been on tour, so we go on tour, very luckily supporting Mott the Hoople, who are a big band in those days.  In fact, they should have been bigger if they hadn't broken up. I think they would have been like the Stones or whatever.

“But we supported them, we opened up for them all around the UK and learned our trade and learned how to deal with an audience.  I mean, we had big ideas. Even then, we were precocious boys. But I remember watching Mott the Hoople burst onto the stage and the whole audience would erupt because it was just engineered that way.

“I say engineered because you do you work on an audience you want to make contact.  You don't just stroll on and plink away and hope something will happen. At least we don't. You know, you have that opportunity to excite, to impassion, to inspire an audience. And they did that. They would go on and go….and the whole place would erupt.

“And so I did All The Way From Memphis on this album. Love it. And I got a little quote from Ian Hunter. Miserable old sod he is, but I love him dearly. He once gave me great advice.

“We're in the middle of the tour. I think we're in Memphis, Tennessee. My jaw is dropping my eyes are wide open. I've never seen anything like this. It was mayhem. It was like… I  don’t know how to describe it, it was like indulgence personified. It’s like, you imagine a rock tour to be, the gig, the hotel, everything, and I sat down with Ian late at night and he said, ‘Brian, are you enjoying this’ and I went ‘Yeah, I said it’s…I’ve never experienced anything like this’.

“And he says, ‘Are you missing your home life at all?’ I said, ‘Well, actually, you're right.’ So I said, ‘I miss the things around me. I miss my things, I miss my people and everything’. He said, ‘Brian. If you miss your things and your people, you're in the wrong business."

“So that's the advice which I didn't take. Luckily.  I persisted, but it is a hard business, you know, when you take on being a rock musician for real. You have to say goodbye to your home life for quite a long time.  So all your stuff that you thought was essential to you, all the things that you that make you feel secure. All the people who give you support. You have to say goodbye.

“And in those days, even more so because you couldn't communicate.

“When you're on the road, you couldn't phone home. We couldn't. I couldn't afford to phone home when we were first out there. So do I regret it? No, of course, because it gave me my life. It's been an incredible life, and it's opened the doors to so many other things.”

Brian May's 'Another World' is Out Now -  www.BrianMay.lnk.to/AnotherWorld