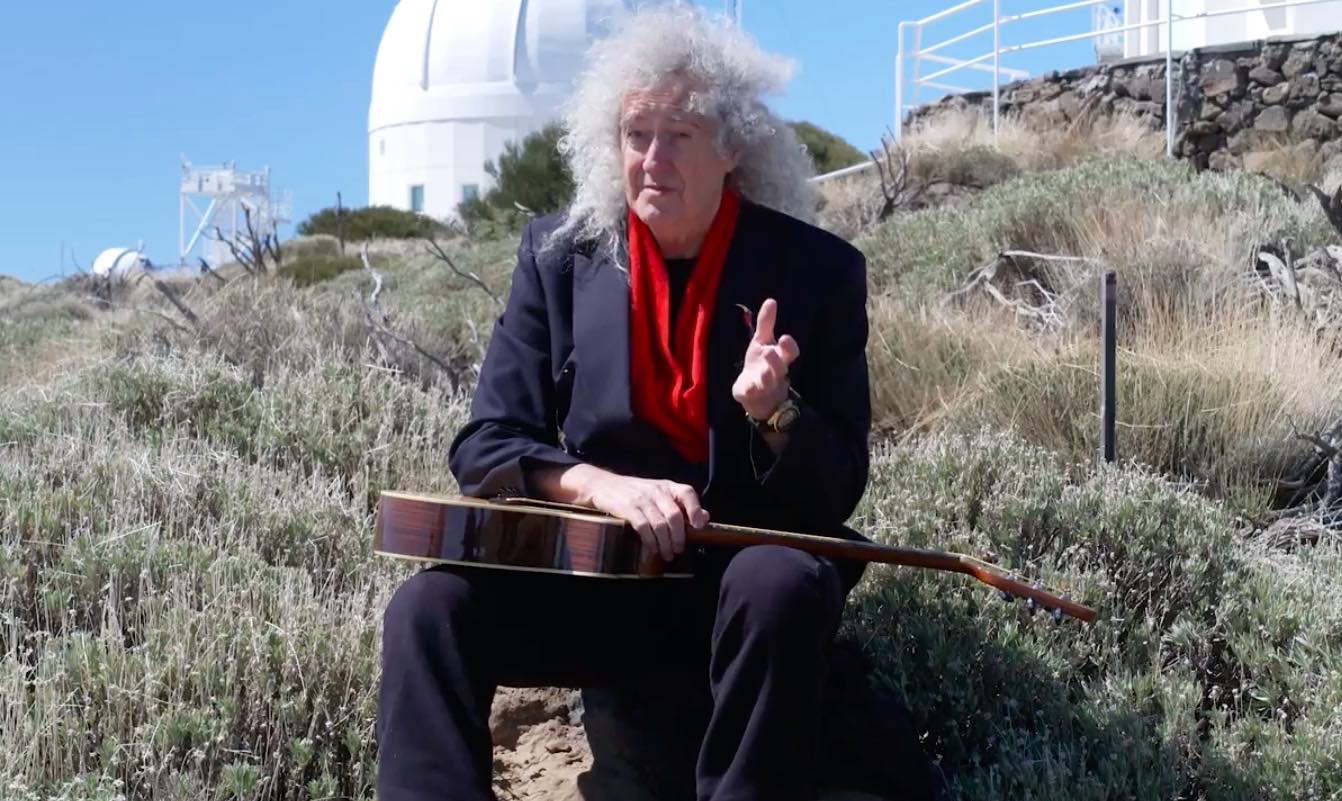 Filmed in Tenerife, this exclusive interview features Brian May discussing the second release in his Gold series - Another World. Here he reveals how pursuing his passion for astronomy in China resulted in the magical album track - China Belle.

“’China Belle’ happened because I went on an eclipse trip. With me it's nice that astronomy and music always mix, so I went on this wonderful trip to China to see a total eclipse of the Sun. And those, again it's a long time ago, and it was like a completely different universe.

“I was wandering around looking at the things in the shops, and it was completely foreign the things that I'd never, ever seen in in the UK. And we visited a couple of the observatories and whatever, and I became fascinated by how different the world is in different places.

“I love the diversity of the world, the fact that people had their own cultures and their own ways of doing things. And then somewhere, I think I was on a bus cruising around to find the best sites for seeing the eclipse, and I started to hear this song in my head, China Belle.  It's about a fictitious character, a lady called China Belle, who’s big trouble. And it just amused me.

“And when I came home, I put it all together. It’s very complex. It kind of surprises me. There's too many twists and turns, it’s almost impossible to take it all in.

“But it's fun, I think. I enjoy looking back on that and thinking about all the strange ideas that are in there. Yeah, it's one of those things which evolved in my head before I actually got into the studio, so it's quite rich in little ideas.”

Brian May's 'Another World' is Out Now -  www.BrianMay.lnk.to/AnotherWorld