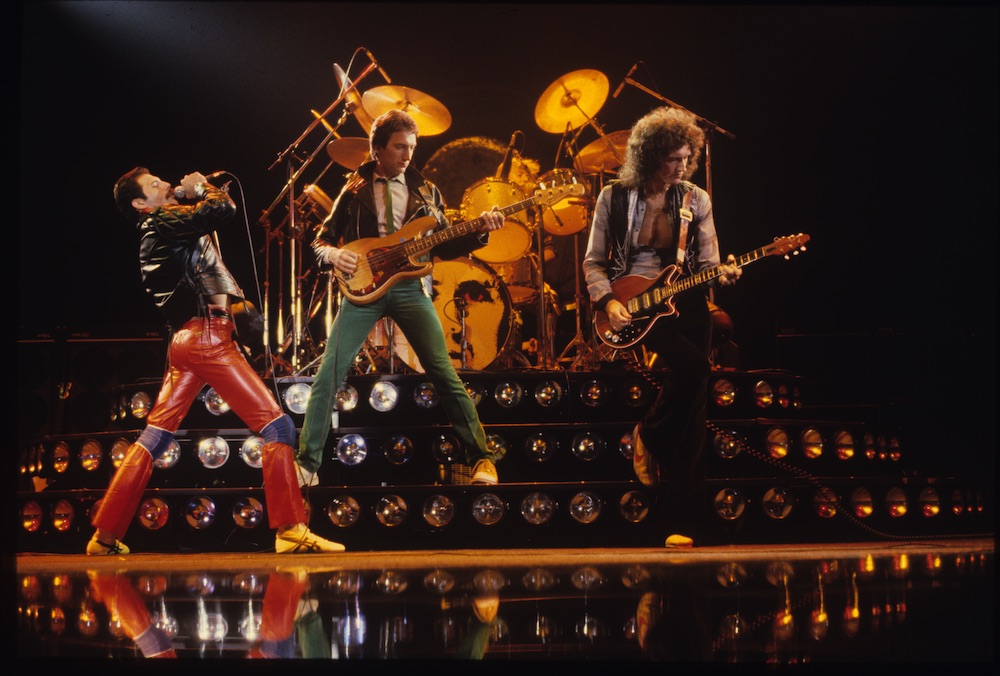 Watch: Queen The Greatest: Behind The Hits - John Deacon (Episode 16)

Continuing the journey through some of Queen's outstanding moments from the last 50 years, we celebrate the extraordinary achievement that has seen all four members of the band write hit singles for Queen.  This week, we look at five iconic hits brought to the band by brilliant bassist, John Deacon.

While collectively Queen has accounted for many of the biggest hits of all time, it has not always been apparent who wrote each of those million-selling songs.

Previously having shone the light on drummer Roger Taylor’s songwriting achievements, this week’s Queen The Greatest turns its focus to the man behind some of their biggest hits and one of the coolest bass lines ever.

This week’s episode highlights five classic hits that all came from Queen’s phenomenal Bass Player John Deacon and his contribution to some of Queen’s most iconic moments – not least the instantly recognisable killer bass hook from the collaboration between Queen and David Bowie, ‘Under Pressure’.

While John may not have written as many songs as his fellow bandmates, he is nevertheless responsible for some of the band’s biggest hits, as the journey through them in this episode makes evident.

It wasn’t until Queen’s third album, ‘Sheer Heart Attack’, that saw John first get in on the songwriting credits where his composition, ‘Misfire’, appeared. The band’s next album, 1975’s ‘A Night At The Opera’ would see John get his first composition released as a single - one that would go on to sell over a million copies in the US alone - ‘You’re My Best Friend’.

1977 saw the release of fan favourite, ‘Spread Your Wings’.

With over 7 million copies sold, not to mention over a billion streams on Spotify, this global hit by John is the band’s biggest-selling single and earned John the No 2 position in a Music Radar poll of the coolest basslines ever (the same poll saw ‘Under Pressure’ assign him also the No.7 position)

More chart-topping success followed in 1984 with ‘I Want To Break Free’, which also resulted in a now-legendary, and in some quarters, contentious, video…revisited here.

And then for the ‘A Kind Of Magic’ album, John teamed up with Freddie to create ‘Friends Will Be Friends’ released as the band’s 30th single in the UK in June 1986 and featured live throughout the band’s final 1986 The Magic Tour.

Still to come later in the series are the hits originated by Freddie and Brian.