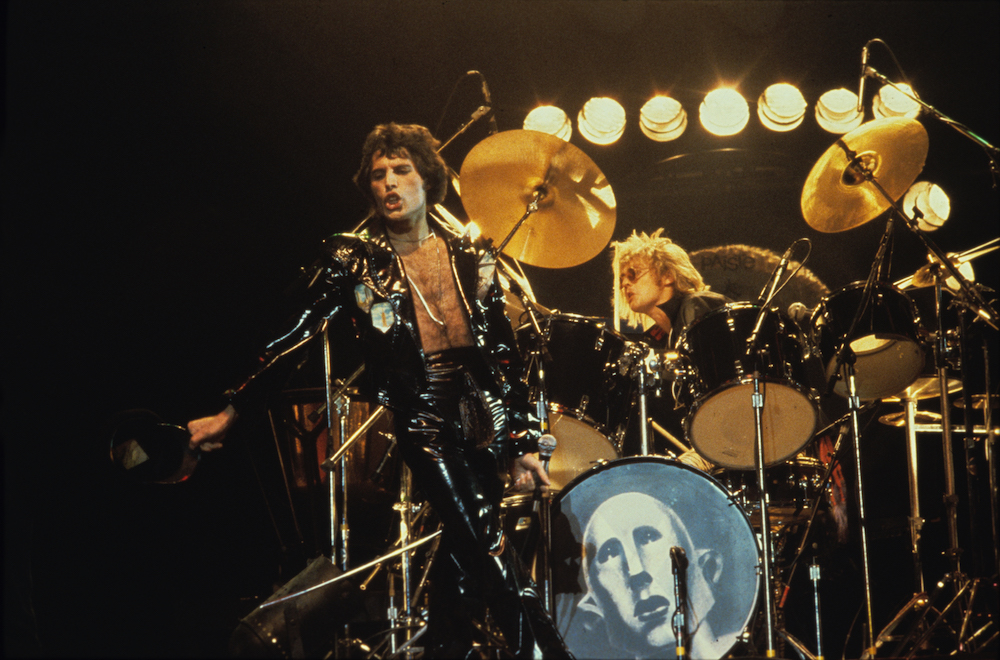 Queen The Greatest”: a celebration of 50 of the greatest moments from the Queen story so far.

A 50-week YouTube series celebrating key moments in Queen’s history reminding us why Queen and their music continue to be loved across the world.

“There’s a million sharks out there.” Roger Taylor

After seven years together, Queen's dream of creative and financial independence would finally come true. A look behind the scenes at that pivotal moment, featuring archive footage of Freddie, John and Roger, as well as a rare interview with the band's long-term manager, Jim Beach.

This week’s “Queen The Greatest” takes a look behind the scenes at one of the most significant moments in Queen’s history - the moment where one of their ultimate goals was realised – Queen’s Independence Day.

Last week’s episode focused on bassist John Deacon and the hits he provided for Queen. Deacon again features prominently in this week’s episode in which the band reveal the dire straits they were in even after three hit albums, and how John’s steady hand and acumen brought Queen to one of the most significant points in its career – the moment they finally achieved their goal of financial and creative independence.

John reveals: “We didn’t get a penny of record royalties from the first three albums. What we were looking at in that point in time was basically to just look after ourselves, and do it completely on our own.”

Roger Taylor “It’s the long road to artistic, financial freedom which is so hard to find if you’re successful to any degree ‘cos there’s a million sharks out there.”

In early 1978, just before they embarked on recording their Jazz album, Queen finally took full control of their business affairs – setting up three entities to operate and manage their creative endeavours: Queen Productions Limited, Queen Music Limited, and Queen Films Limited. This was at the time a highly unusual move for a band, but testament to their belief in their forward musical journey.

For the day to day running of the business, Queen turned to Jim Beach, who they had first met in 1975 when the band’s quest for financial independence truly began. It was a meeting that left a lasting impression on Jim…

He recalls that first meeting: “I first met Queen when I was a solicitor at Harbottle and Lewis in London. I was a partner and I was running what was then a very fledgling music department. It was a show-business firm and we were used to fairly bizarre clients, but I remember when Queen arrived the receptionist telephoned me and said “Mr. Beach, Queen are here”, and I said “Yes, fine, would you like to send them up”. And she whispered down the phone, she said “have you seen them?”

“And I said, “well yes”, she said, “well one of them’s got nail varnish on”. And I said “well really?” “Yes, black nail varnish”. And I said, “well fine”, “yes but it’s only on one hand”. And I said, “don’t be silly, come on, send them up.” I always remember Freddie walked in first, they sat down and Freddie kicked straight off by saying “we’ve recorded three albums, our manager’s just bought his second Rolls Royce and we’re on sixty quid a week, so something’s wrong.”

But it wasn’t just the business side where Queen wanted to be masters of their own destiny, their “News of The World” album had proved that in the studio they were also ready to take full control.

John Deacon: “It comes to a stage where all you really need is an engineer, because the idea of balancing and sounds you want, an artist or musician should really know what they want. And the only person needed to implement that is an engineer. And when you’re doing a mix, when you’re mixing down the track from the tapes, I mean it’s setting it up and then we actually sit down and work the controls as well.”

On that occasion, long-time Queen Engineer, Mike Stone, had become the invaluable assistant that enabled the band to enjoy the creative freedom they craved in the studio.

This independence had been hard fought for, and after seven years together, when most bands might be coming to their natural end, Queen had finally successfully manoeuvred themselves into a position where they could go from strength to strength.

And it’s fair to say, the best was yet to come…