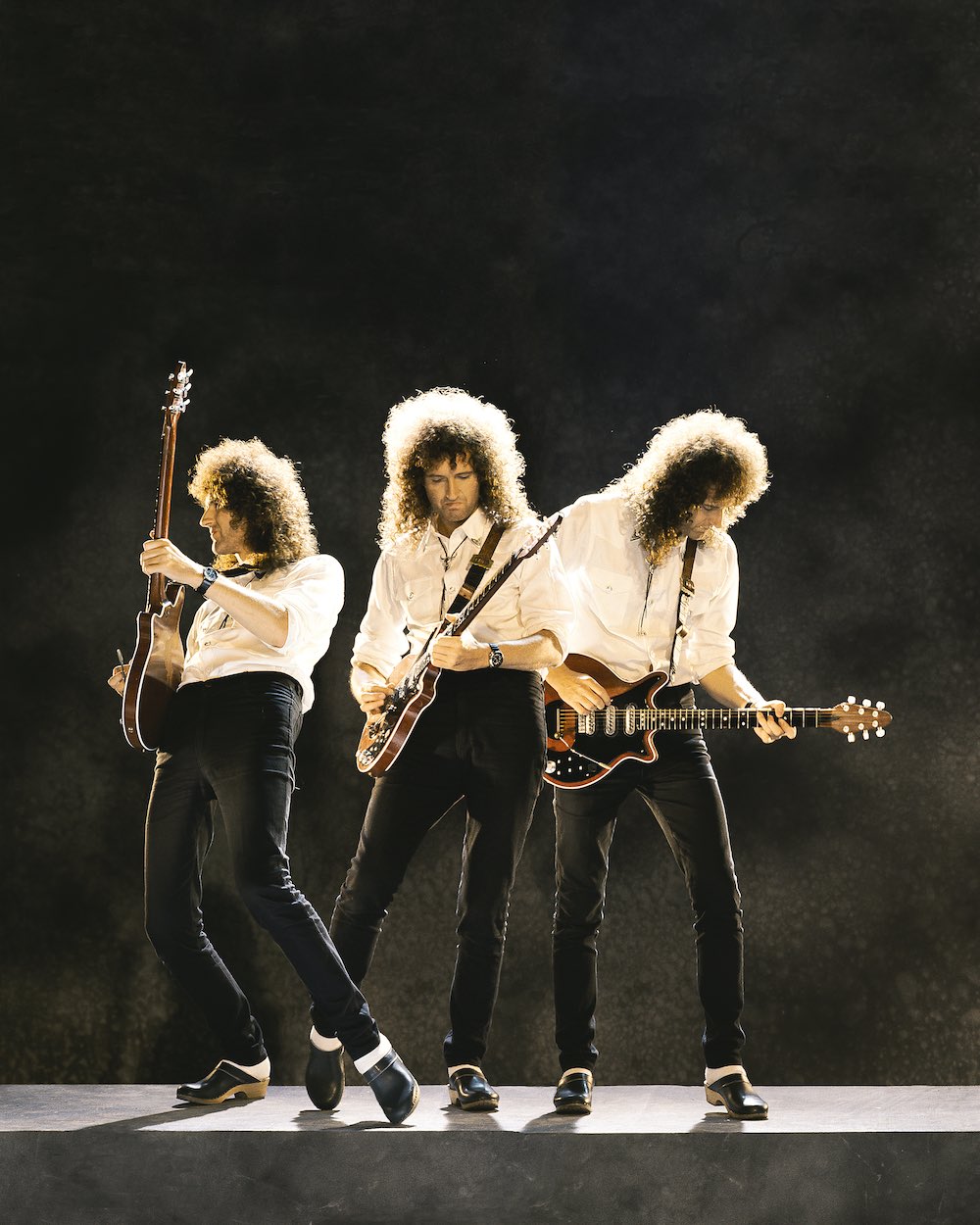 One of the cornerstones of the Queen sound, Brian May and his legendary Red Special guitar are an integral part of any Queen song or performance.  Here Brian reveals how he approaches his unique live solos.

This week’s Queen The Greatest celebrates one of the cornerstones of any Queen song or performance, The Guitar Solo.

Among the many things that make Queen so distinctive is the extraordinary sound of Brian May’s homemade guitar. Through the band’s eclectic range of styles, the now legendary Red Special has demonstrated a vast array of voices and acts of melodic genius as highlighted in songs as diverse as:

…Tie Your Mother Down….

…These Are The Days Of Our Lives

It was a defining feature of Queen’s music that the band was rightly proud of, and so unsurprisingly it quickly became an established element of the band’s live performances around the world and on most special occasions, including Brian’s legendary performance on the roof of Buckingham Palace, Live Aid, the closing ceremony of the 2012 Olympics…and beyond.

Brian’s remarkable use of delay created a special part of every Queen show, due in part, as he explains here, to how it evolved over the touring years.

Brian May:  “I had to be very careful because you can fall into a trap. If something works great and you get a good response, the tendency is to keep doing it, but it doesn't work that way. You've got to, sort of, take it to its natural peak and then let it go and try something else because things get old. You know, you have to keep yourself fresh and the audience fresh.”

Brian May:  “Sometimes I would get fed up with it. Sometimes I really would curtail it and not want to do the whole thing, and then sometimes the mood would be right and you go for it and it would just be great.”

When Queen resumed touring in the 2000s, first with Paul Rodgers, and now with Adam Lambert, the Guitar Solo had evolved once more, and to this very day continues to produce a magical moment that’s unique to each performance.

Brian May's soaring, breathtakingly melodic solo on Queen's "Bohemian Rhapsody" was recently named by Total Guitar readers as the greatest guitar solo of all time. Asked when receiving his award the one he holds in the highest regard? His solo on Queen's 1974 hit, "Killer Queen. "It has always been a favourite of mine," May told the magazine. " It was something a bit more complex, an adventure in putting guitar harmonies into the solo.”

For those interested in learning more about Brian’s historic relationship with his hand-built guitar that rocked Queen and the world, he has recently issued an updated version of his Red Special book co-written with Simon Bradley. Additions include 2 brand new chapters and an updated Galley chapter.

Next Week: The Drum Sound