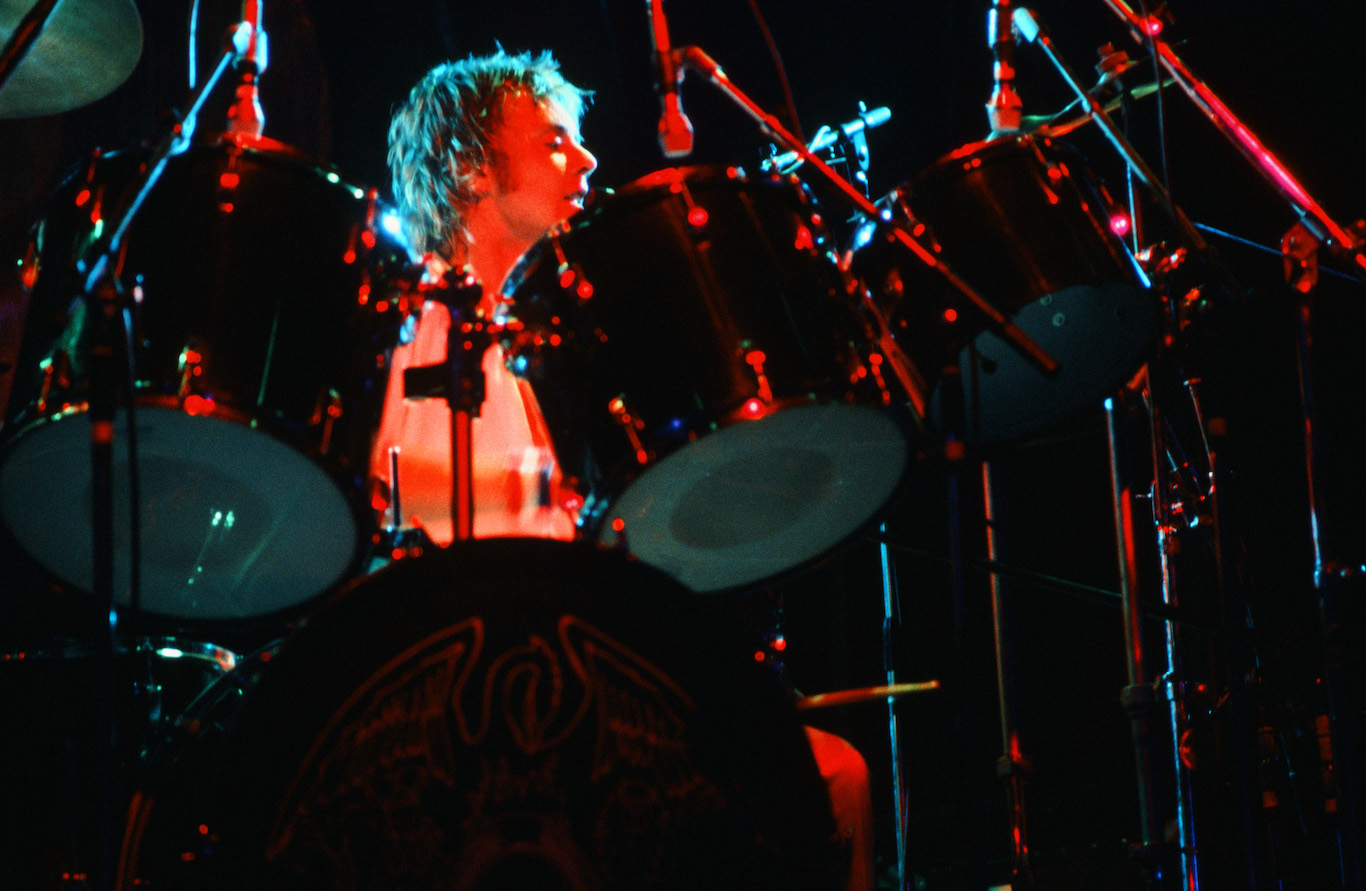 The year starts with a tour of the USA in support of the A Day At The Races album, with Thin Lizzy as the support act, on most of the dates. The tour is aptly nicknamed the Queen Lizzy Tour. It is, after all, Queen Elizabeth II’s Silver Jubilee year.

Queen were playing the very large auditoriums on this tour including crowds of up to to 20,000 people per night, like the Los Angeles Forum. They also achieved one of their ambition's on 5 February, to actually play at New York's Madison Square Garden, and to a capacity crowd.

A European tour, their first in over two years, is scheduled for May and June including eleven dates in the UK and culminating in two successive nights at London's Earls Court Arena. These special concerts are also filmed, and although one night has been available on a video bootleg for years, no official release was issued.

On October 6, Queen play a one-off mini concert at the New London Theatre Centre, for the fans who had travelled to London to help as part of the live audience to record the promo video for the new single We Are The Champions.

A second leg tour of the USA commences in Portland in November, with the band now touring with over sixty tons of equipment, including a specially modified Crown lighting rig that was first unveiled at the Earls Court gigs in June.

Text taken from the forthcoming revised and updated edition of Queen Live: A Concert Documentary