The Lastest News from Queen
Home News "I'm A Woman" by Woman feat. Brian May - Out Now! 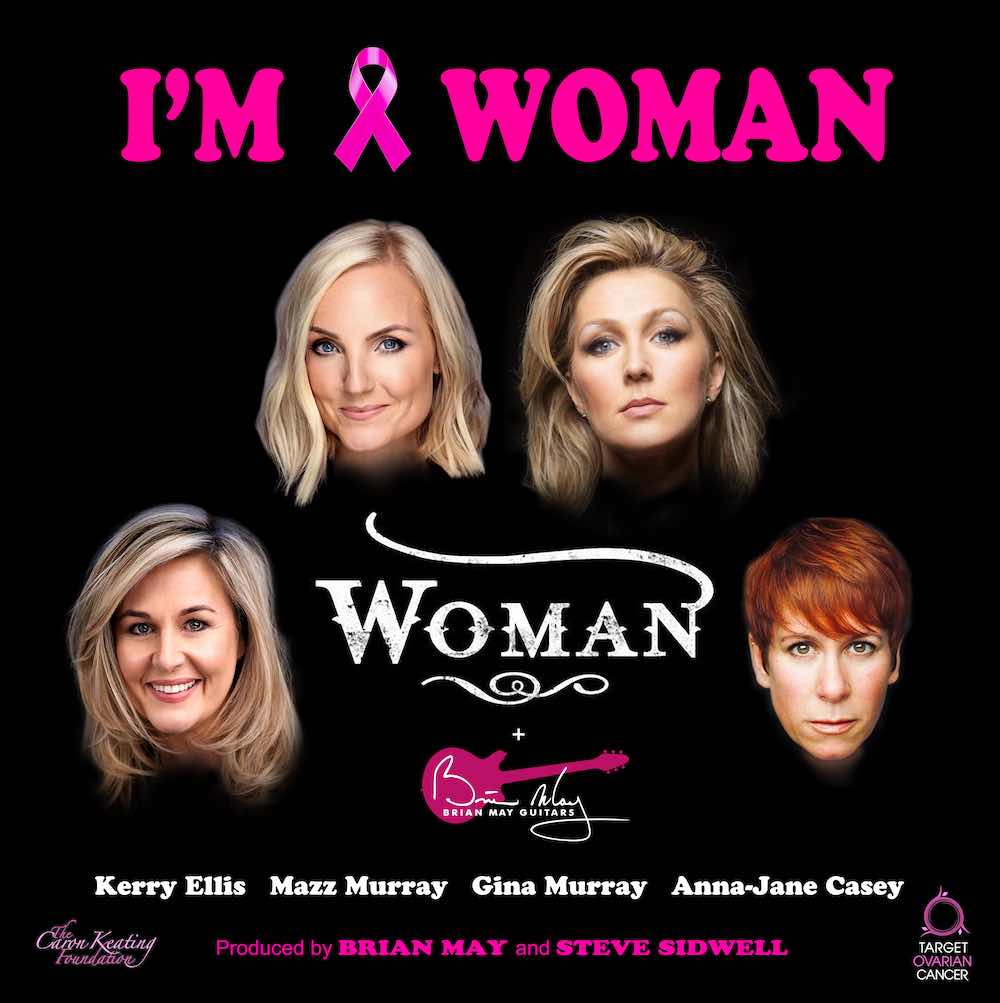 OUT NOW! WOMAN “I’m A Woman” - Produced and joined by Brian May

There’s a new WOMAN in the life of legendary Queen guitarist Brian May…and it is all in aid of a very good cause, Breast Cancer Awareness Month. 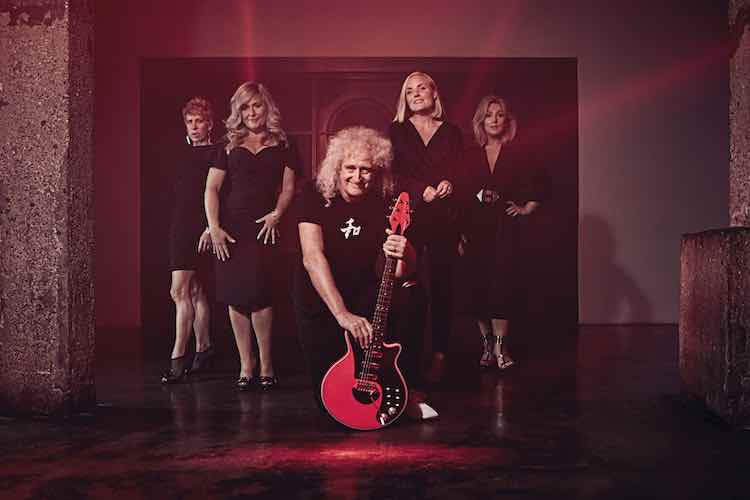 After several mysterious teases on social media, Queen legend Brian May has now confirmed the upcoming release of what he calls a ‘kick a**’ track’; one he has produced and that’s performed by sensational singers WOMAN and accompanied by May’s guitar.  The WOMAN supergroup features four of rock musical theatre’s most powerful female voices and ‘We Will Rock You’ alumni - Mazz Murray, Kerry Ellis, Gina Murray and Anna-Jane Casey.

Together May and WOMAN have created a storming blues rock version of famed songwriter duo Jerry Leiber and Mike Stoller’s classic 1962 ‘I’m A Woman’, originally made famous by Peggy Lee. This special 2020 cover on which May performs as well as producing, is released in Breast Cancer Awareness Month to support the work of two leading women’s cancer charities – Target Ovarian Cancer and The Caron Keating Foundation, the latter being the family run cancer charity in memory of the much loved TV personality that was established by her mother Gloria Hunniford, and Caron's two brothers.

WOMAN’s “I’m A Woman” track featuring Brian May’s guitars is available as a digital download this Friday October 23 with CD and Vinyl single versions also available to pre-order from http://queenonlinestore.com/Brian-May/

Says Brian: “This recording was conceived as a response to a calling to promote this great cause for women’s health.  But it evolved into a magnificently raunchy and defiant rock track in its own right. These four ladies all rock out sensationally, and it was pure joy to underpin their performances with my guitar.  I actually stole that down-and-dirty riff from “I’m a Man” so I would claim this arrangement kicks more a** than all previous !!  Woman Rocks !!! “

The track’s inspiration was to create something special in the memory of Rebekah Gibbs, another female West End star. The British actress became a household name in TV soap ‘Casualty’ before she was diagnosed with Grade 3 breast cancer in 2009, and tragically died in 2014.

WOMAN founder and close friend Mazz Murray said: “We are thinking particularly of our dear friend and fellow performer Rebekah, who we lost, but not before she brought about a change in the rules of diagnosis and specialist referrals through which she has saved so many lives.  We remember #gorge.”

The single’s music video is truly something to behold, with May having BMG create the “World’s Pinkest Pink Guitar” for his use on the track. “Try Googling ‘pinkest pink’, May suggests. “As far as I know, this is truly the first pinkest pink guitar. It has a strange effect on the video cameras – coming out burning hot.”

The ‘I’m A Woman’ shoot took place in a socially distanced East London space, with each member of WOMAN getting their solo moment in the spotlight. The music video begins in a dark and minimalist studio, as each singer gives a powerful performance that captures the song’s theme of strong and independent women delivering a positive and inspirational message. Then, as the video develops, the action transfers to a vast warehouse space where each WOMAN singer gets to rock out under a spectacular light display. Meanwhile guitar legend May accompanies them on his “World Pinkest Pink Guitar’ – delivering an unforgettable blues-solo in front of a large wall of speakers.

WOMAN first teamed up with Brian May for a performance of “I’m A Woman” at the "Pinktober Women of Rock Charity Concert” at the Royal Albert Hall in London in November 2009 which supported the Caron Keating Foundation.

WOMAN’s Kerry Ellis says: “Sometimes things happen for a reason, this song has been waiting in the wings for the right moment to make some noise! The time is now! Cancer affects us all in some way and I am beaming with pride to have joined with an incredible team of talented friends to produce a powerful performance and message. We are strong, we are women and we can make a difference!”

Long viewed as a positive statement for female reliance, in this 2020 Brian May produced guitar driven and deliciously playful vocals version, I’M A WOMAN today stands as a POWERFUL proclamation.